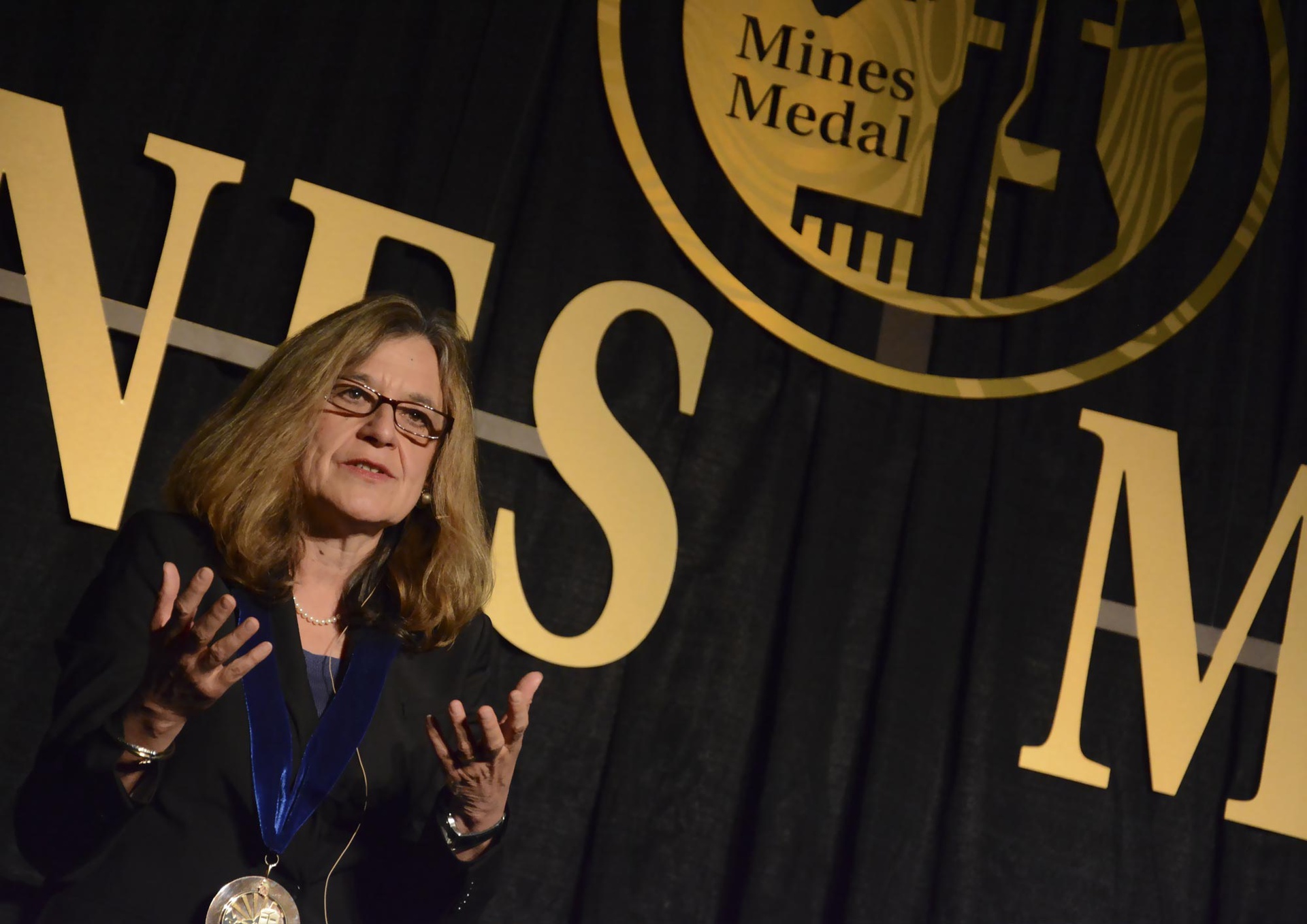 PITTSBURGH -The American Physical Society has named the University of Pittsburgh's Anna C. Balaz s winner of the 2016 Polymer Physics Prize . The award, established in 1960, honors outstanding accomplishment in and excellence of contributions to polymer physics research.

"I have been inspired by the women polymer scientists before me and by my colleagues," Balazs says. "I am humbled to receive this award."

Balazs, a Distinguished Professor in the Department of Chemical and Petroleum Engineering within Pitt's Swanson School of Engineering, undertakes research related to developing theoretical and computational models that capture the behavior of polymeric materials, nanocomposites, and multicomponent fluids.

"It is important to recognize the significance of Dr. Balazs winning this award," says Steven Little, department chair. "Firstly, this is a long-established and elite award from the American Physical Society, going all the way back to 1960. The past winners of this award are some of the most highly regarded leaders in the field. The fact that Dr. Balazs is the first woman to win this award in over a half of a century underscores Anna's pioneering leadership."

Balazs is a fellow of the American Physical Society, the Royal Society of Chemistry, and the Materials Research Society. She was a visiting fellow at Corpus Christi College, Oxford University. She has served on a number of editorial boards, was chair of the American Physical Society Division of Polymer Physics in 1999-2000, and received a Special Creativity Award from the National Science Foundation.

In 2003, she received the Maurice Huggins Memorial Award of the Gordon Research Conference for outstanding contributions to polymer science. Recently, she received the Royal Society of Chemistry S F Boys - A Rahman Award (2015), the American Chemical Society Langmuir Lecture Award (2014), and the Mines Medal from the South Dakota School of Mines and Technology (2013).

Balazs will be honored at the American Physical Society's annual meeting in March. She will deliver a talk on her work and claim her $10,000 prize and certificate at the event.