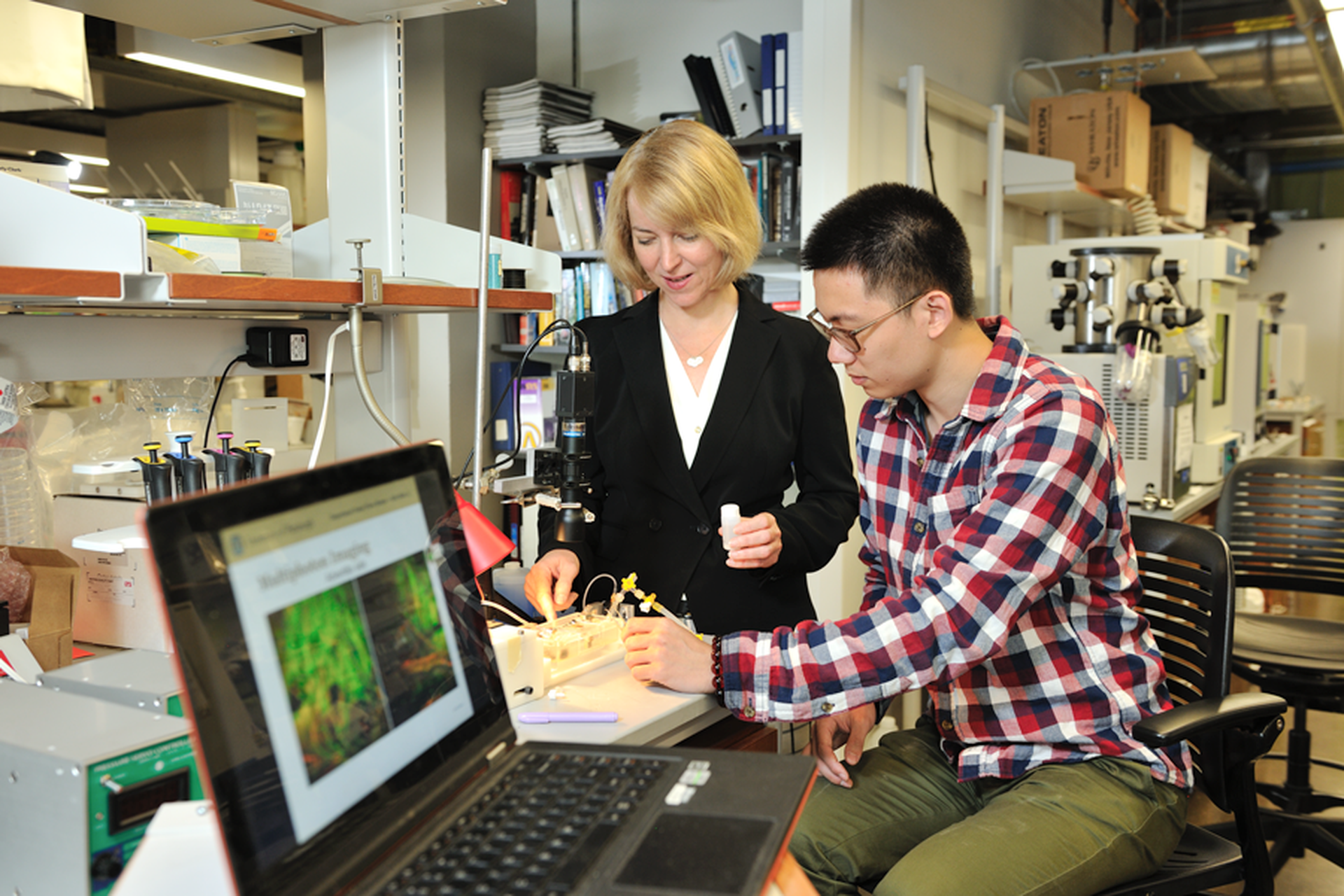 PITTSBURGH (September 17, 2015) … Anne M. Robertson, PhD, Professor of Mechanical Engineering and William Kepler Whiteford Professor at the University of Pittsburgh's Swanson School of Engineering, was named a recipient of the 100 Women in STEM Award by INSIGHT Into Diversity magazine .

According to the magazine, the award is being presented "as a tribute to 100 women whose work and achievements not only encourage others in their individual STEM fields, but also inspire a new generation of young women to consider careers in science, technology, engineering, and math. These remarkable women continue to make a significant difference through mentoring and teaching, research, and other efforts worthy of this national recognition." Dr. Robertson was nominated by Ann E. Thompson, MD, Vice Dean of the University of Pittsburgh School of Medicine, and Professor of Critical Care Medicine and Pediatrics .

"Our sincerest congratulations to Dr. Robertson and University of Pittsburgh on receiving this prestigious national honor," noted Lenore Pearlstein, publisher of INSIGHT Into Diversity and owner and president, Potomac Publishing Inc. "She is truly an inspiration to all of us who are working so diligently to make a difference in the lives of all women and other underrepresented individuals."

"I am truly honored to be named among these outstanding women leaders, particularly for activities that impact the careers of our talented scientists and engineers, here at Pitt" Dr. Robertson said. "Pitt and the Swanson School have afforded me the opportunity to lead a career that balances my commitment and passion for teaching, research and service, and I thank INSIGHT Into Diversity for the recognition."

"Anne is an outstanding mentor to our junior faculty and students, and is a remarkable educator and researcher," said Sylvanus N. Wosu, PhD, the Swanson School's associate dean for diversity affairs, director of NSF S-STEM GEPS Program, and professor of mechanical engineering and materials science. "She has contributed greatly to engineering diversity programs, and is very deserving of this honor."

Dr. Robertson leads a research team that investigates cerebral aneurysms, which are pathological outcroppings of brain arteries that can lead to fatal brain hemorrhages. She is the recipient of two coveted National Institutes of Health R21 grants to study the link between hemodynamics and wall structure in cerebral aneurysms.  The team's long-term objectives are to establish new pharmacological-based treatment methods for cerebral aneurysms and improve clinical treatments that function by altering flow in the aneurysm dome. She is also co-PI on a third R21 developing tissue engineering  blood vessels, in collaboration with the Swanson School's Dr. Yadong Wang and Dr. Paolo Zunino.

In 2007, Dr. Robertson was awarded the Beitle-Veltri Memorial Outstanding Teaching Award, given annually to one faculty member in the Swanson School of Engineering at the University of Pittsburgh as well as the Robert O. Agbede Faculty Award for Diversity, in recognition of significant contributions to enhancing and supporting diversity in the School of Engineering. She is also a member of the faculty in the Department of Bioengineering and a research professor at the McGowan Institute for Regenerative Medicine. She earned her BS in mechanical engineering from Cornell University and her MS and PhD in mechanical engineering from the University of California at Berkeley, where she was also a President's Postdoctoral Fellow in the Department of Chemical Engineering.