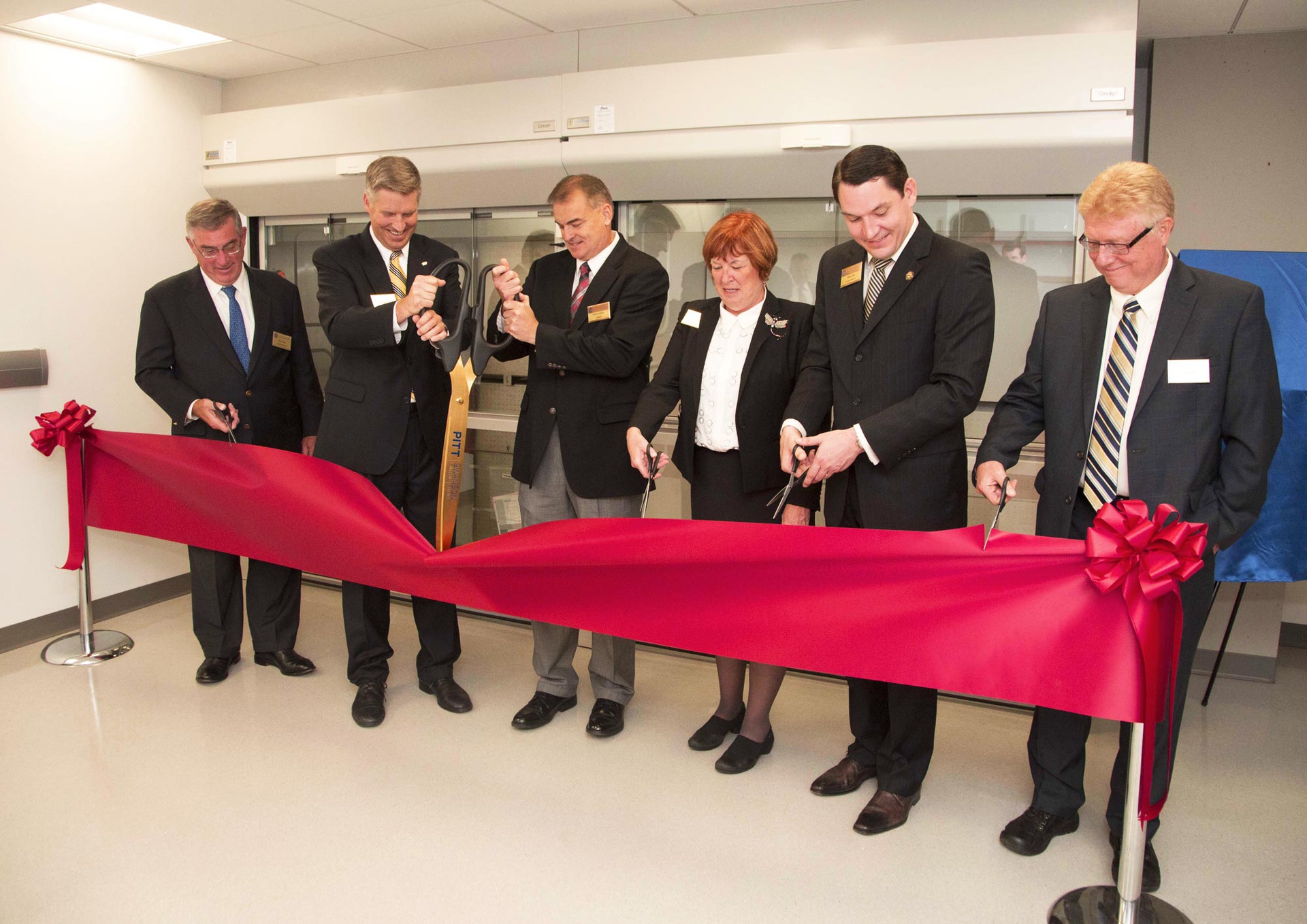 PITTSBURGH (November 29, 2017) … The U.S. Department of Energy (DOE) awarded the University of Pittsburgh Department of Chemical and Petroleum Engineering and Ohio specialty chemicals provider Lubrizol Corporation a collaborative grant for research into clean energy chemical manufacturing. The DOE grant, along with contributions from Pitt and Lubrizol, will total $7.5 million over a four-year period.

“The project will focus on applying advanced chemical engineering research to industrial-scale chemical manufacturing,” said Steven Little, William Kepler Whiteford Professor and Chair of the Department of Chemical and Petroleum Engineering at Pitt. “The Pitt-Lubrizol partnership aligns well with University efforts to work with businesses to translate research into industry practices and impact the region’s economy in a positive way.”

The grant is part of the DOE’s Rapid Advancement in Process Intensification Deployment (RAPID) initiative, a partnership between the American Institute of Chemical Engineers (AIChE) and the DOE. Both Pitt and Lubrizol are among the 45 members of the $70 million AIChE/RAPID Initiative for improving energy efficiency and industrial productivity through process intensification and modular manufacturing—two design approaches for chemical manufacturing at industry-relevant scales.

“At Lubrizol, we are working with thousands of tons of chemicals per year,” said Cliff Kowall, Lubrizol technical fellow and corporate engineer. “The end objective is to provide the design basis to allow Lubrizol to deploy these innovative processes with sharp reductions in waste generation, utility, and energy costs, capital cost, and footprint accompanied by an improvement in quality consistency.”

Kowall was integral in establishing the initial partnership between Pitt and Lubrizol, which began in 2014 with a $1.2 million Strategic Alliance agreement. The partnership brought about opportunities for students to learn about engineering needs in an industrial environment, while at the same time benefiting Lubrizol through research projects tailored to its business operations. Last month, Pitt and Lubrizol renewed the partnership, worth roughly $1 million invested over a three-year period.

“The University of Pittsburgh was by far the best fit for us to establish a relationship with a university, largely due to the enthusiasm of the Pitt Chemical Engineering leadership team,” said Kowall. “Lubrizol made a long-term commitment initially, and now we’ve extended it for three more years with the expectation of it lasting indefinitely.”

The partnership helped Pitt’s Chemical and Petroleum Engineering Department develop the course “Introduction to Chemical Product Design” (ChE 0214). Open to students in their sophomore year, the course teaches how to design products specific to a customer’s needs. In a traditional paradigm, engineering students don’t work on design projects until their senior years.

“This alliance has led to new educational programs that are first-of-their-kind in the country, exposing our students to unique opportunities to learn design principles and leading to multiple awards and even a spin-out company for our students,” said Dr. Little.

The follow-up course, “Taking Products to Market: The Next Step in Chemical Product Design” (ChE 0314), focuses on entrepreneurship and the skills necessary to successfully turn their ideas into products or companies.

“About half of the initial $1.2 million agreement went into the development of these courses and the resources to ensure our students’ success,” said Dr. Little. “Collaborating with Lubrizol directly, plus a jumpstart on product design, really gives our students a competitive advantage after graduation.”

Another feature of the partnership was the creation of the ‘University of Pittsburgh Physical Property Internship,’ which is a nine-month internship targeted at chemical engineering students who graduate in December and are intending to go to graduate school in the fall.

“This helps Lubrizol as well as the student who might have trouble finding something worthwhile to do in that rather awkward time. Three of the first four recipients became full-time employees,” said Kowall. “We have put emphasis on recruiting co-op students from Pitt. We work with the faculty to identify high potential candidates. Retention has been excellent in keeping co-op students as full-time employees.”