PITTSBURGH (August 14, 2017) … Four new faculty members will join the University of Pittsburgh Swanson School of Engineering’s Department of Electrical and Computer Engineering beginning September 1. Ahmed Dallal and Jingtong Hu will join the department as Assistant Professors; Wei Gao will join as an Associate Professor; and Heng Huang will join as the John A. Jurenko Endowed Professor.

“We are very excited to announce and welcome these four new ECE faculty members,” said Alan George, Department Chair of Electrical and Computer Engineering at Pitt. “This group is truly exceptional and brings diverse interests and strengths, educational backgrounds, and experiences in academia that will be crucial in our on-going efforts and progress to broaden and deepen our academic and research programs in computer and electrical engineering.” 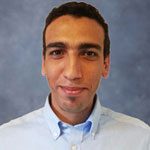 Ahmed Dallal, Assistant Professor
Dr. Dallal received his BS and MS degrees in systems and biomedical engineering from Cairo University in Egypt. He received his PhD in electrical and computer engineering from the University of Pittsburgh in 2017. His PhD work focused on human-machine interaction and networked control applications for air traffic management. His research interests include biomedical signal processing, biomedical image analysis, and computer vision, as well as machine learning, networked control systems, and human-machine learning. Dr. Dallal received the Duquesne Light Fellowship in 2013 and 2014. He also received the Dean Fellowship from the University of Pittsburgh in 2015. He was the winner of the Young Innovator Award of Nahdet el Mahrouse in Egypt in 2009. 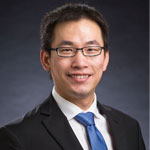 Jingtong Hu, Assistant Professor
Dr. Hu was an assistant professor in the School of Electrical and Computer Engineering at Oklahoma State University from 2013-2017. He received his PhD degree in computer science from the University of Texas at Dallas in 2013. He received his BE degree from the School of Computer Science and Technology, Shandong University, China in 2007. His research interests include embedded systems, Field-Programmable Gate Array (FPGA) technology, and emerging memory technology. His research has been supported by the National Science Foundation (NSF), Air Force Research Laboratory, and Intel/Altera. He has published more than 50 papers for premier journals and conferences. Dr. Hu has served on the Technical Program Committee for many international conferences such as ASP-SAC, DATE, DAC, ESWEEK, RTSS, and others. He is also the recipient of OSU CEAT Outstanding New Faculty Award, Women’s Faculty Council Research Award, and Air Force Summer Faculty Fellowship. 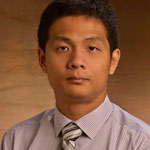 Wei Gao, Associate Professor
Before joining Pitt, Dr. Gao was an Assistant Professor in the Department of Electrical Engineering and Computer Science at the University of Tennessee, Knoxville. Dr. Gao received his PhD degree in computer science from Pennsylvania State University in 2012. His research interests include mobile and embedded computing systems, cyber-physical systems, Internet of Things, wireless networking, and big data. Dr. Gao has published more than 60 research papers at various top-tier journals and conference proceedings. He has attracted more than $2.5 million of external research funding from various federal agencies including NSF, Army Research Office, and Department of Energy. He is the winner of an NSF CAREER award in 2016. 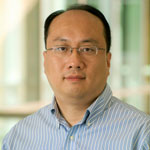