PITTSBURGH (November 7, 2016) … Three new assistant professors of Industrial Engineering will join the University of Pittsburgh Swanson School this fall: Mostafa Bedewy, former postdoctoral associate at the Massachusetts Institute of Technology; Daniel Jiang, who received his PhD from Princeton University in May 2016; and Louis Luangkesorn, who previously was an operations researcher at RAND Corporation.

“Mostafa, Daniel and Louis have shown promising work in their respective areas of research and a level of academic excellence we’ve come to expect here at Pitt,” said Bopaya Bidanda, department chair and professor. “The department is very excited to see the contributions these new members of our faculty will make this fall.” 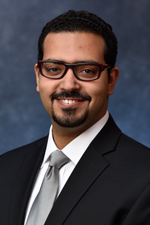 Mostafa Bedewy, Assistant Professor
Mostafa Bedewy was a postdoctoral associate at the MIT Research Laboratory of Electronics (RLE), working in the area of bionanofabrication from 2014 – 2016. Prior to that, he was a postdoctoral associate at the MIT Laboratory for Manufacturing Productivity (LMP), where he worked on catalytic nanostructure synthesis and self-assembly. He completed his PhD at the University of Michigan in Ann Arbor, where he studied the collective mechanochemical factors governing the growth and self-organization of nanofilaments. He holds a bachelor’s degree in mechanical design and production engineering and a master’s degree in mechanical engineering, both from Cairo University.

Bedewy received the Robert A. Meyer Award from the American Carbon Society, which recognizes research in carbon and was offered at the 2016 World Carbon Conference. He also received the Richard and Eleanor Towner Prize for Distinguished Academic Achievement from the University of Michigan in 2014 and the Silver Award from the Materials Research Society (MRS) in 2013, both of which recognize academic achievement and outstanding research. Bedewy’s research interests include advanced manufacturing, nanofabrication, nanometrology and materials characterization, self-assembly of hierarchical nanostructures, engineering of biomolecular systems and precision engineering.

At Pitt, Bedewy will establish the NanoProduct Lab (also known as the Bedewy Research Group), which will focus on fundamental experimental research at the interface of nanoscience, manufacturing engineering and biotechnology. The group’s work on nanomanufacturing will bridge the gap that currently exists between promising proof-of-concept functional nanostructures (in lab-scale environment) and mass-produced products (in industry). By making basic scientific discoveries and applied technological developments in the broad area of advanced manufacturing, the group aims to create novel solutions that impact major societal challenges in areas related to energy, healthcare and the environment. For more about the NanoProduct Lab, visit www.nanoproductlab.org.

“I am looking forward to building a strong and interdisciplinary team in my lab with expertise in the science of nanofabrication, and the technology of scalable nanomanufacturing,” said Bedewy. “I personally believe that research in academia should not only focus on pushing the boundaries of scientific discovery but should also strive to maximize the societal impact. Hence, I will lead my research group towards developing enabling manufacturing and metrology technologies, capable of transforming emerging applications of nanotechnology.” 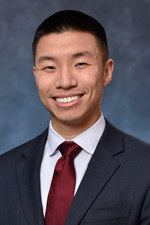 Daniel Jiang, Assistant Professor
Daniel Jiang received his PhD in May 2016 from Princeton University from the Department of Operations Research and Financial Engineering. He completed his Bachelor’s degrees in computer engineering and mathematics from Purdue University in May 2011. Jiang’s research interests are in the area of sequential decision making in the presence of uncertainty, including the computational and theoretical challenges introduced by risk.

“Given today’s rapidly changing energy landscape, methodologies for sequential decision making are readily applicable to problems related to the electricity market, energy storage, integration of renewables, demand response and electric vehicles,” said Jiang. “The same techniques are also useful to problems from the broader domains of operations and resource management.” 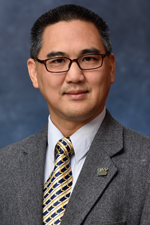 Louis Luangkesorn, Research Assistant Professor
Louis Luangkesorn received his PhD in industrial engineering and management science from Northwestern University in 2004. He received a master’s degree in technology and public policy from The George Washington University and a bachelor’s degree in general engineering from the University of Illinois-Urbana. As Research Assistant Professor with the Department of Industrial Engineering, he will research simulation modeling methodology for supporting policy decisions.

“I focus on simulation optimization methods in which the resulting solutions are tailored to the requirements of policy makers,” said Luangkesorn. “I have also developed methods in other areas of simulation specifically tailored for situations in the problem domains of health, public health and homeland security applications, in particular resource management issues that are encountered in these application domains.”

Prior to joining Pitt, Luangkesorn worked as an operations researcher with the RAND Corporation focusing on military logistics and public health response. He is an active Red Cross volunteer in disaster preparedness and response, working as a liaison with local, state and federal agencies as well as serving as faculty advisor for the Pitt Red Cross Club.

At the University of Pittsburgh he will be working on problems in supply chain and logistics, discrete event simulation and data science.