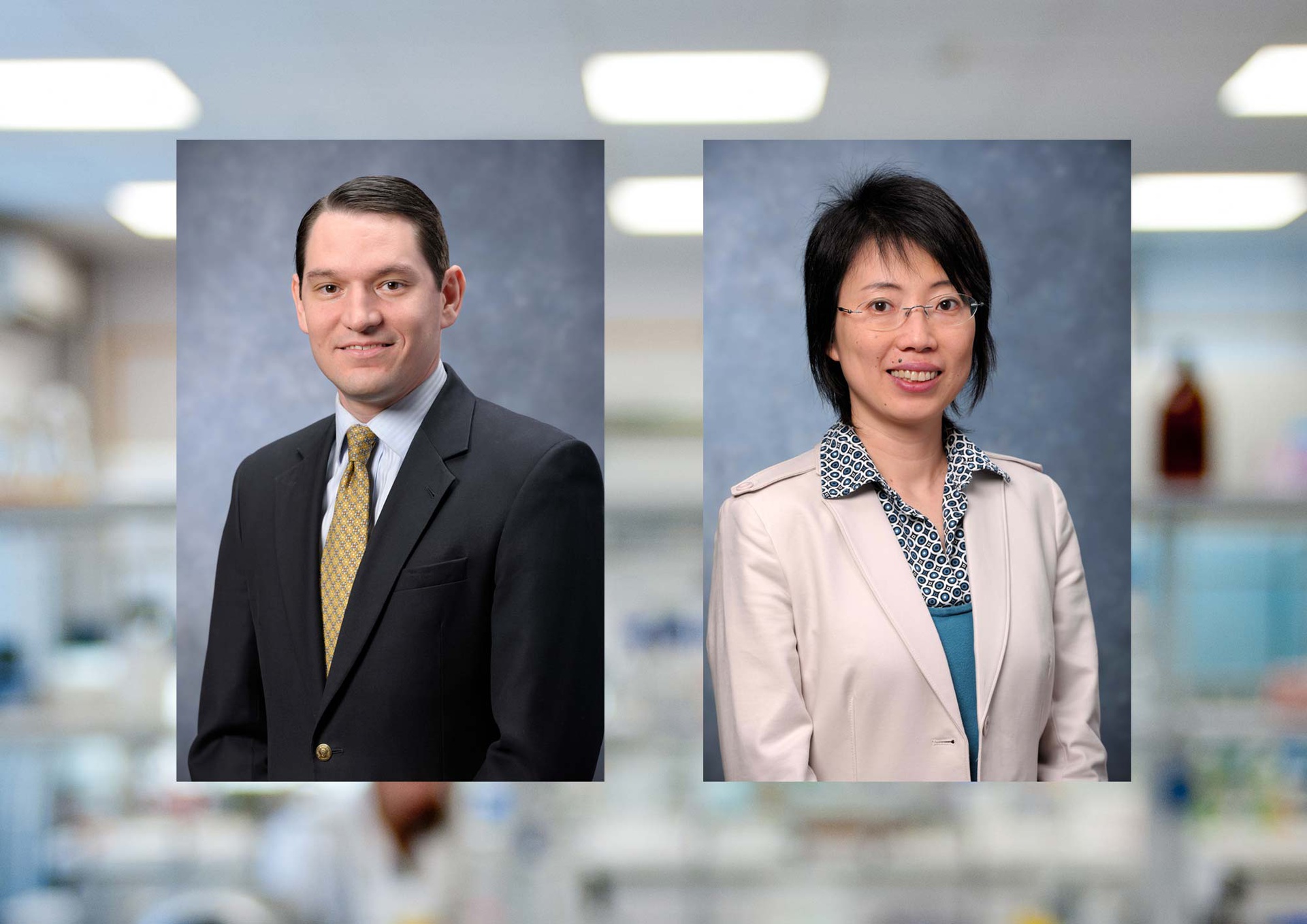 WASHINGTON, D.C. (February 1, 2016) ... The American Institute for Medical and Biological Engineering (AIMBE) has announced the pending induction of two faculty in the University of Pittsburgh Swanson School of Engineering into its College of Fellows.

Steven R. Little, PhD, William Kepler Whiteford Professor and Chair, Department of Chemical and Petroleum Engineering; Professor of Bioengineering, Pharmaceutical Sciences, Immunology, Ophthalmology and The McGowan Institute for Regenerative Medicine; University Honors College Faculty Fellow, Department of Chemical and Petroleum Engineering, University of Pittsburgh. Dr. Little was nominated, reviewed, and elected by peers and members of the College of Fellows "for exceptional contributions to the field of controlled release and the establishment of the nascent field of biomimetic drug delivery."

Xinyan Tracy Cui, PhD, William Kepler Whiteford Professor of Bioengineering, Department of Bioengineering, University of Pittsburgh. Dr. Cui was nominated, reviewed, and elected by peers and members of the College of Fellows "for outstanding contributions to the research and development of neural interface technology, drug delivery, and biosensors."

The College of Fellows is comprised of the top two percent of medical and biological engineers in the country. The most accomplished and distinguished engineering and medical school chairs, research directors, professors, innovators, and successful entrepreneurs, comprise the College of Fellows.

A formal induction ceremony will be held during AIMBE’s 25th Annual Meeting at the National Academy of Sciences Great Hall in Washington, DC on April 4, 2016. Dr. Little will be inducted along with 160 colleagues who make up the AIMBE College of Fellows Class of 2016. For more information about the AIMBE Annual Meet, please visit www.aimbe.org.

AIMBE’s mission is to recognize excellence in, and advocate for, the fields of medical and biological engineering in order to advance society. Since 1991, AIMBE‘s College of Fellows has lead the way for technological growth and advancement in the fields of medical and biological engineering. Fellows have helped revolutionize medicine and related fields in order to enhance and extend the lives of people all over the world. They have also successfully advocated for public policies that have enabled researchers and business-makers to further the interests of engineers, teachers, scientists, clinical practitioners, and ultimately, patients.

More about Dr. Cui
Dr. Tracy Cui is William Kepler Whiteford Professor of Bioengineering at the University of Pittsburgh and Director of the Neural Tissue/Electrode Interface and Neural Tissue Engineering Lab. She is also the Neural Engineering Track Coordinator for the Department of Bioengineering Graduate Committee and serves on the Leadership Team of the Center for Medical Innovation. Prior to Pitt, she was a Research Scientist at Unilever Research US in Edgewater, New Jersey. Dr. Cui earned her BE in Polymer Materials and Chemical Engineering and her MS in Biophysics at Tsinghua University in Beijing, China. She went on to earn her PhD in Macromolecular Science and Engineering at the University of Michigan, Ann Arbor, Michigan.

She serves as a grant agency reviewer for the National Institute of Health, National Science Foundation, Science Foundation of Ireland as well as the American Institute of Biological Sciences.  Dr. Cui holds one granted and three filed U.S. patents, and she is a reviewer for many prestigious journals, including Advanced Materials, Biomaterials, Journal of Controlled Release, Acta Biomaterialia, Biomedical Microdevices, Biosensors and Bioelectronics, Journal of Neural Engineering, and Nature Communication, among others.  Dr. Cui is the Associate Editor of the Journal of Materials Chemistry B.

More About Dr. Little
Dr. Steven Little is Associate Professor of Chemical Engineering, Bioengineering, Immunology, Ophthalmology and The McGowan Institute for Regenerative Medicine at the University of Pittsburgh. He is a University Honors College Faculty Fellow. Dr. Little received his PhD in Chemical Engineering from MIT in 2005, with his thesis winning the American Association for Advancement of Science’s Excellence in Research Award. In May of 2012, Dr. Little was appointed as the 12th Chairman of the Department of Chemical & Petroleum Engineering, one of the oldest Departments of its type in the world, dating back to 1910.

In his first year on the Pitt faculty (2006), Dr. Little was appointed as a Distinguished Faculty Fellow in Engineering, the only Assistant Professor to hold this position. In 2007, he received career development awards from both the American Heart Association and the National Institutes of Health (K-Award). In 2008, Dr. Little was named as one of only 16 Beckman Young Investigators by the Arnold & Mabel Beckman Foundation. Dr. Little is the only individual from the University of Pittsburgh to have ever received this award. In 2009, he was presented with the Board of Visitors Award that denotes the “single most outstanding faculty member in the School of Engineering.” In 2010, he received the Coulter Translational Research Award from the Wallace H. Coulter Foundation. In 2011, Dr. Little was named the recipient of the Society For Biomaterials' Young Investigator Award. In 2012, Dr. Little received the University of Pittsburgh's Chancellor's Distinguished Research Award, and by winning the 2013 Chancellor's Distinguished Teaching Award, Dr. Little stands as the only professor in School history to receive both the teaching and research awards.

Dr. Little was also named as one of only 14 “Camille Dreyfus Teacher-Scholars” by the Camille & Henry Dreyfus Foundation in 2013 and also was named the recipient of the Carnegie Science Award for University Educators that year. In 2014, Dr. Little was named the winner of the Research to Prevent Blindness Innovative Ophthalmic Research Award, the recipient of a Phase II Coulter Translational Award, named one of Pittsburgh Magazine’s “40 under 40,” and highlighted as one of only five individuals in Pittsburgh who are “reshaping our world” by Pop City Media.