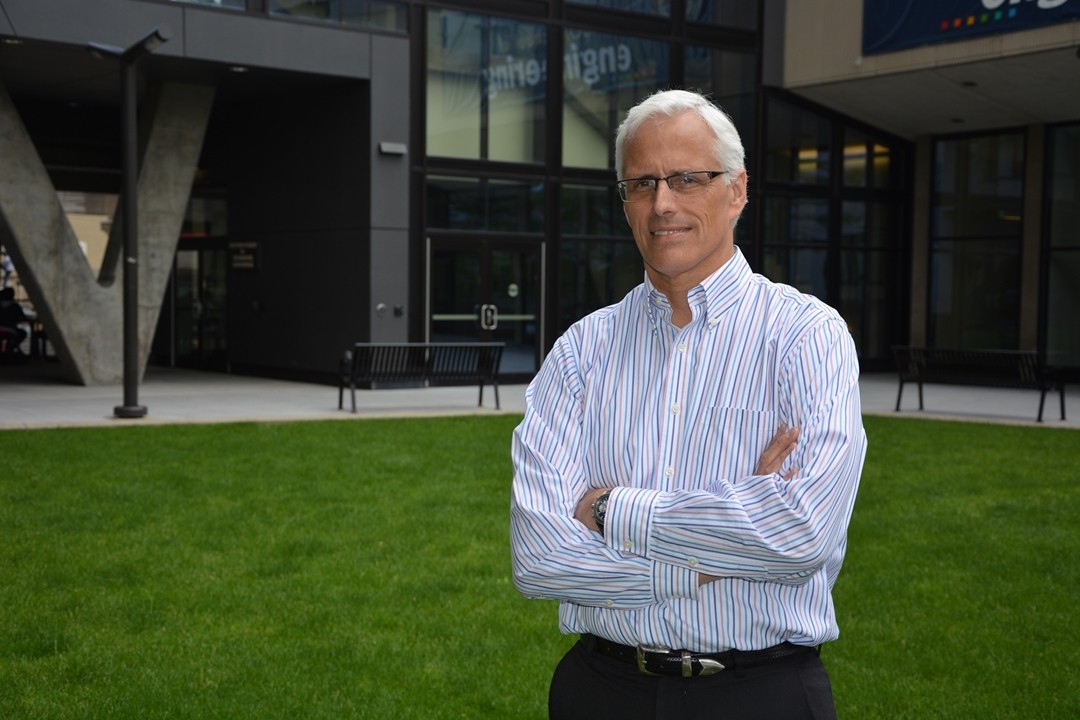 PITTSBURGH (May 28, 2015) … To continue to expand the growth of translational biomedical research and commercialization at the University of Pittsburgh, the Swanson School of Engineering has named Max A. Fedor as Director of the Coulter Translational Research Partners II Program (Coulter Program). Mr. Fedor succeeds Pratap Khanwilkar, PhD, who joined InCube Labs, LLC , as Vice President for Product Development.

"As a former Entrepreneur-in-Residence at the University of Pittsburgh's Innovation Institute , as well as a well-respected business leader and entrepreneur, Max brings a wealth of experience and expertise to the Coulter Program," stated Sanjeev G. Shroff, PhD , the Principle Investigator of the Coulter Program and Distinguished Professor and the Gerald McGinnis Chair of Bioengineering at Pitt. "Most notably, his background in product development and early stage commercialization are critical to the continued success of the Coulter Program."

Dr. Shroff continued, "During the first three years of the Coulter Program, we have invested ~$3.5 million to advance 15 promising biomedical technologies.  This investment has led to the formation of two companies and 5 options for licenses.  The establishment and success of this program is due in part to the strong leadership of our founding director, Pratap Khanwilkar.  We are very proud of his latest venture and know that he will contribute significantly to the growth of InCube Labs."

Mr. Fedor hopes to build significantly upon the foundations of the Coulter Program.  He noted, "As a long standing member of the business community in this region, I have observed a real and growing commitment to innovation here at Pitt and to the translation of its technologies to commercialization, whether through licenses or new company formation.  I envision the Coulter Program growing to become a key center for vetting our advanced biomedical technologies for potential clinical adoption and capital investment, and a significant resource for our faculty researchers to develop the thought processes and materials that are needed to advance their innovations to real clinical products.  I am excited to be a part of these important efforts."

Mr. Fedor has over 25 years of experience as a business leader and entrepreneur, with a focus on technology commercialization, general management and operations. Most recently, he was President and CEO of BIOSAFE, Inc., a Pittsburgh-based manufacturer of patented antimicrobial polymers, which he transitioned to a strategic investor in 2013 & 2014.  Prior to this, he served as Executive-in-Residence at the Pittsburgh Life Sciences Greenhouse, managing a portfolio of companies, while mentoring their leadership teams and directors.  Mr. Fedor has also held CEO and other senior level positions in a number of early stage companies, where he successfully developed and launched new medical technology products, raised investment capital and formed partnerships with industry leaders, such as Bayer, J&J and Alstom.

Mr. Fedor earned a bachelor's degree in Engineering and Applied Sciences from Harvard College and an MBA from the Carnegie Mellon University Tepper School of Business.

About the Coulter Program
The Coulter Translational Research Partners II Program (Coulter Program) is a campus-wide effort led by Pitt's Department of Bioengineering, Swanson School of Engineering to identify, select, fund, and mentor translational biomedical research projects and promote commercialization at the University. This translational research is accomplished by clinician-(bio)engineer teams that address unmet clinical needs through innovative medical technologies. The University was awarded a $3.54 million grant from the Wallace H. Coulter Foundation in fall 2011 (one of only six awards nationwide), supplemented by $1.665 million in matching funds from the University's Swanson School of Engineering, School of Medicine, and Innovation Institute.

Teams competing for Coulter Program funding are required to participate with Pitt MBA and School of Law students in a four-month "From Benchtop to Bedside" course. This course is designed to teach researchers how to develop key deliverables such as a business model, business plan, product development plan and investment pitch, which are necessary to assess the clinical and commercial potential of each technology. The projects are then evaluated and selected by the Coulter Program's Oversight Committee and mentored by advisors, comprised of clinicians experienced in translation, business leaders accomplished in medical device commercialization including regulatory affairs and reimbursement, large medical device company representatives, and local and national angel investors and venture capitalists.

About the Department of Bioengineering at the Swanson School of Engineering
Bioengineering is the application of engineering principles to analyze native biological systems and to design and manufacture tools, structures, and processes for solving problems in the life sciences. Successful patient-focused and commercialization-oriented collaborations between engineers and physicians who traditionally employ differing methodologies are critical to the burgeoning field and to regional economic development. Pitt's Department of Bioengineering, established in 1998 as part of the Swanson School of Engineering and ranked as one of the nation's top bioengineering programs, is credited for developing many major biomedical technologies: cardiac-assist device for infants, a blood-treatment tool that can free patients from ventilator dependence, materials that help regenerate various tissues and organs, to name a few.