PITTSBURGH (August 9, 2016) ... A natural citrus fruit extract has been found to dissolve calcium oxalate crystals, the most common component of human kidney stones, in a finding that could lead to significantly improving kidney stone treatment, according to researchers at the University of Pittsburgh, the University of Houston, and Litholink Corporation.

In a study published Aug. 8 in the journal Nature, the researchers offer the first evidence that the compound hydroxycitrate (HCA) effectively inhibits calcium oxalate crystal growth and, under certain conditions, is able to dissolve the crystals. HCA shows “promise as a potential therapy to prevent kidney stones,” the researchers wrote.

Kidney stones are small mineral pellets that form in the kidneys and may be found throughout the urinary tract. Frequently painful but harmless, the National Institutes of Health estimates that more than 300,000 patients visit emergency rooms for kidney stones each year. Though it’s the most frequent urinary tract ailment, little has changed in preventative treatments for kidney stones in the past 30 years. Most patients at risk for kidney stones are instructed to drink water, reduce the amount of foods high in oxalates such as leafy green vegetables and nuts in their diet, and take citrate (CA) in the form of a potassium citrate supplement to slow crystal growth.

HCA, which is chemically similar to potassium citrate, is found in several tropical plants including garcinia cambogia, commonly known as Malabar tamarind.

The researchers found that the HCA inhibits growth of the crystals by binding to them and that even in very small concentrations it can actually dissolve those crystals.

“We were very excited to identify a molecular-level mechanism under which calcium oxalate grows and degrades in its natural environment,” said Giannis Mpourmpakis, assistant professor of chemical and petroleum engineering at Pitt’s Swanson School of Engineering. “Eventually, this will help us control the crystal’s life cycle.”

Mpourmpakis was joined in the research by Jeff Rimer, Ernest J. and Barbara M. Henley Associate Professor of Chemical and Biomolecular Engineering at the University of Houston, and John Asplin, nephrologist at Litholink Corporation. Graduate students Michael G. Taylor of Pitt, Jihae Chung of Houston, and researcher Ignacio Granja of Litholink Corporation also contributed to the study.

At Pitt, Mpourmpakis and Taylor applied density functional theory, a highly accurate computational method used to study the structure and properties of materials, to discover how HCA and CA bind to calcium and to calcium oxalate crystals. They found that HCA formed a stronger bond with crystal surfaces, inducing a strain that appears to be relieved by the release of calcium and oxalate, thus dissolving the crystal.

Chung and Rimer studied interactions between the crystals CA and HCA under realistic growth conditions, allowing the researchers to record crystal growth in real time with near-molecular resolution. Chung noted that the images recorded the crystal actually shrinking when exposed even to supersaturated concentrations of calcium oxalate.

Asplin and Granja tested HCA in human subjects, allowing researchers to determine that HCA is excreted through urine, a requirement for the supplement to work as a treatment.

Although this research established the groundwork to design an effective drug, the authors believe that more work is still needed, including additional human studies, to address the long-term safety and dosage.

“But our initial findings are very promising,” Rimer said. “If it works in vivo, similar to our trials in the laboratory, HCA has the potential to reduce the incidence rate of people with chronic kidney stone disease.” 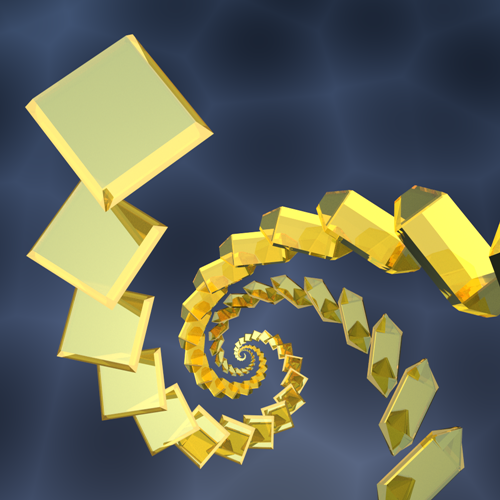