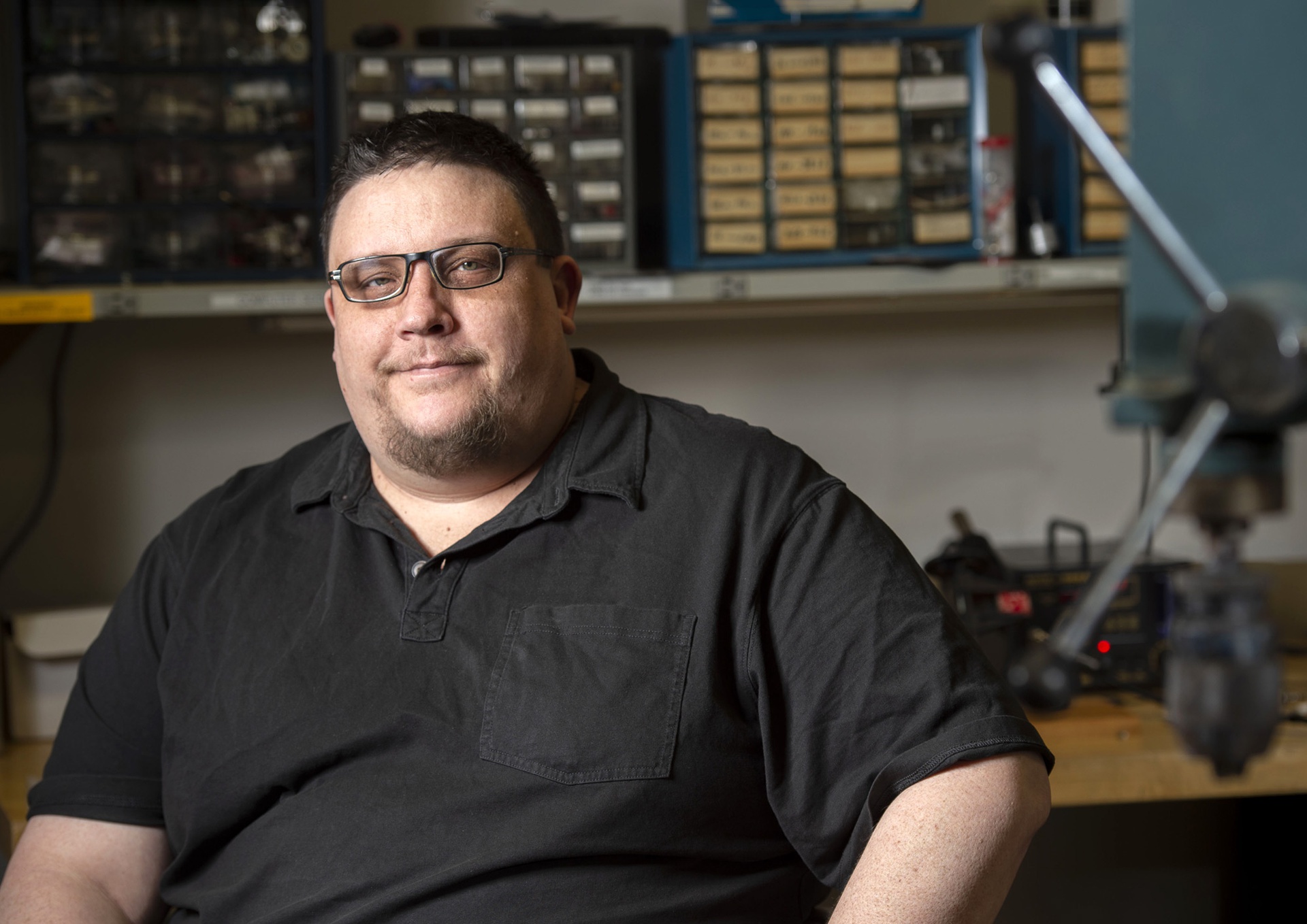 Jared Prinkey is in charge of the Swanson Center for Product Innovation–Professional/Industrial, located in the School of Engineering's Benedum Hall. (Thomas Altany/University of Pittsburgh)

When the Pitt swim team wanted to find out whether changing their stroke techniques or their training would affect their abilities to compete in the pool, they needed a tiny, waterproof, high-tech measuring device with results they could read on their phones.

That’s where the Swanson Center for Product Innovation (SCPI) stepped in. It specializes in product design, development and light manufacturing, from circuit board printing and the latest in 3D metal printing to electromechanical designs and data acquisition (involving, for instance, motion capture technology).

There has long been a product innovation center for students, SCPI-Academic, which has been running since the late 1990s, but the new center, SCPI-Professional/Industrial, or SCPI2, aims to serve both University faculty research and local businesses.

Funding for the swimmer-testing device had just come from the Innovation Institute’s Performance Innovation Tournament: $80,000 in first-place prize money, won by one of the swim team’s coaches, partnering with researchers from the School of Health and Rehabilitation Sciences. Now it was time to design the prototype device to measure the force of swimmers’ efforts, with the help of SCPI2.

“We get a lot of that,” says research engineer Jarad W. Prinkey, who is in charge of SCPI2. “People in these competitions have an idea but they can’t make the device.”

So Prinkey helped figure out how to make the swim-testing device a reality, from estimating the cost and designing the circuit board to devising a waterproof case and 3D-printing a prototype. He took it from concept last August to a prototype in November, when swim team members were able to test it while tethered to their starting blocks. In January, they were able to see a finished product, and SCPI2 has now built five of them. Prinkey says he is already working on a more advanced model.

While SCPI2 has its own facility on the fourth floor of Benedum Hall, it also can take advantage of machinery available in many other centers at the Swanson School of Engineering, and the expertise of Swanson faculty.

“A lot of places don’t have the one-stop shop,” adds Assistant Dean of Engineering Schohn Shannon, of local businesses that might want to use SCPI2. “There’s no one typical project, and I can’t reveal some of the ones we’ve had people approach us on.”

SCPI2 also can take advantage of Swanson faculty’s capabilities in industrial art design, Shannon says, since businesses often want to make their wares more marketable. “We can bring all of those other capabilities into the project as needed,” he says, “to anybody who believes they have an important project.”

To get started using the Swanson Center for Product Innovation, contact Jarad W. Prinkey at 412-648-7364.