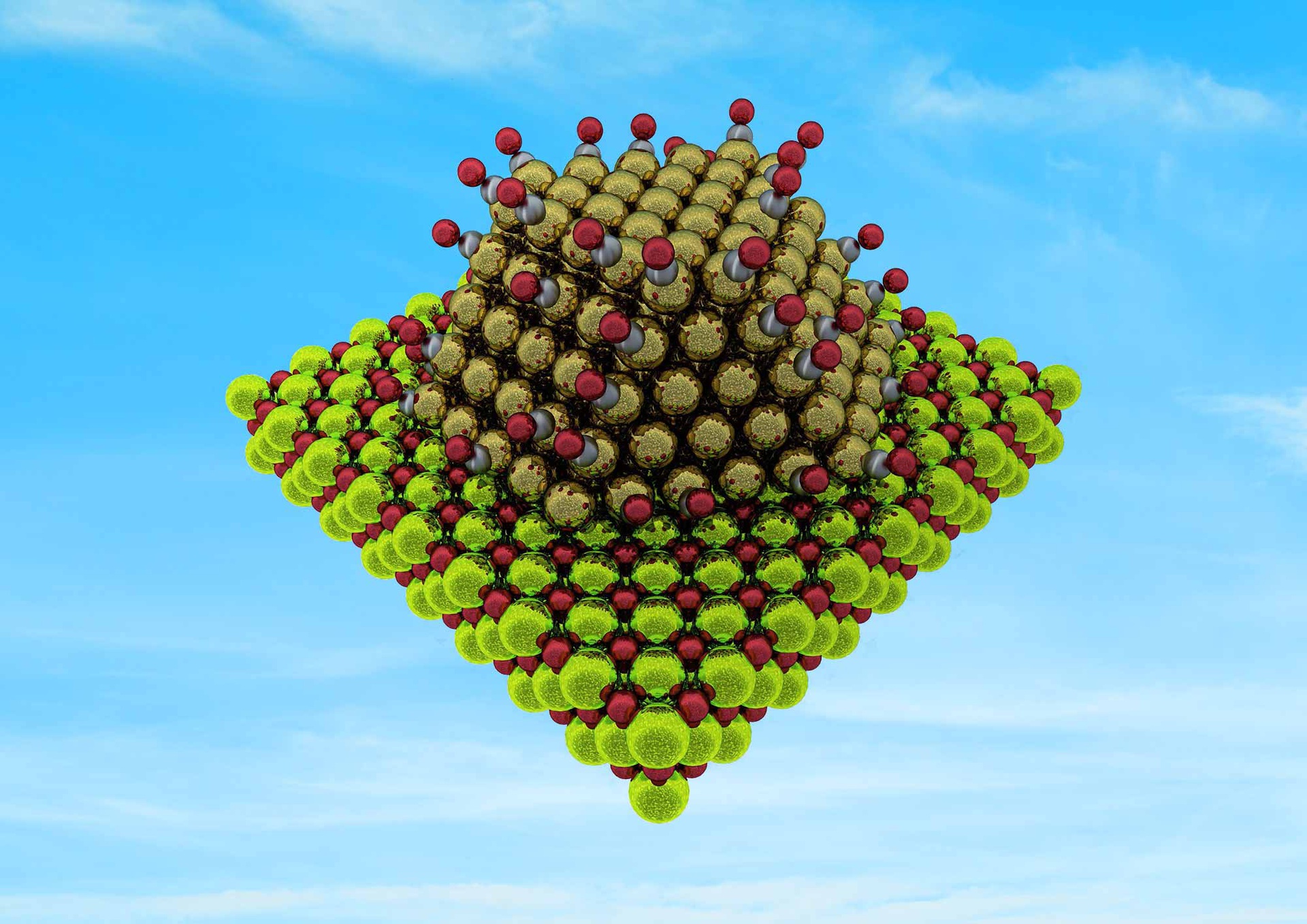 PITTSBURGH (October 13, 2015) … Researchers at the University of Pittsburgh Swanson School of Engineering have developed a novel methodology that can screen nanoparticles of different sizes and shapes as potential industrial catalysts with the use of computers. The study, "Catalyst Design Based on Morphology- and Environment-Dependent Adsorption on Metal Nanoparticles," will be featured in an upcoming edition of the ACS Catalysis, an American Chemical Society journal.

"We tested our methodology on a problem that has been troubling researchers for more than three decades now. Although bulk gold does not corrode-which is why we use it as jewelry-gold nanoparticles are exceptionally good oxidation catalysts," said Giannis Mpourmpakis, assistant professor of chemical and petroleum engineering at Pitt. "Our work demonstrated that the experimentally observed carbon monoxide oxidation activity correlates with the calculated average adsorption strength of CO on the nanoparticle surfaces. Both the CO adsorption and the CO oxidation activity increase with decreasing nanoparticle size."

Mpourmpakis led the team at Pitt's Computer-Aided Nano Energy Lab (C.A.N.E.LA.), with graduate student researchers Michael Taylor and Natalie Austin, in collaboration with Chrysanthos Gounaris, assistant professor of chemical engineering at Carnegie Mellon University. Their computational results reproduced the CO oxidation activity trends of 45 individual experiments on gold nanoparticles, and the team concluded that despite the changes to nanoparticle surface shape caused by the chemical environment, changes in size have a much greater impact on the overall reactivity of the nanoparticles.

Engineers will now be able to screen the adsorption performance of nanoparticles of different morphologies with the use of computers, which is key to designing nanomaterials used in catalysis, targeted medical imaging, drug delivery, and other industrial applications. Computational approaches like this one advance nanomaterials discovery without the use of time-consuming and costly experiments.

In the past, researchers focused on the type of metal being tested as the main variable in catalyst screening, says Mpourmpakis. However, placing metal nanoparticles in a chemical environment has a great effect on their morphology.

"Nanoparticles in a chemical environment exhibit a full range of sizes and shapes. Finding a universal model to describe the chemical behavior of all the surface sites on nanoparticles is a very challenging task. We achieved this by digging into the physics of the adsorbate-nanoparticle interactions and developing models that can capture this multi-site adsorption behavior," said Mpourmpakis.

Using theory and computation, the researchers at C.A.N.E.LA. investigate the physicochemical properties of nanomaterials with potential applications in diverse nanotechnological areas, ranging from green energy and storage to materials engineering and catalysis. Major research areas focus on nanocatalysis, biomass conversion, and nanoparticle growth.