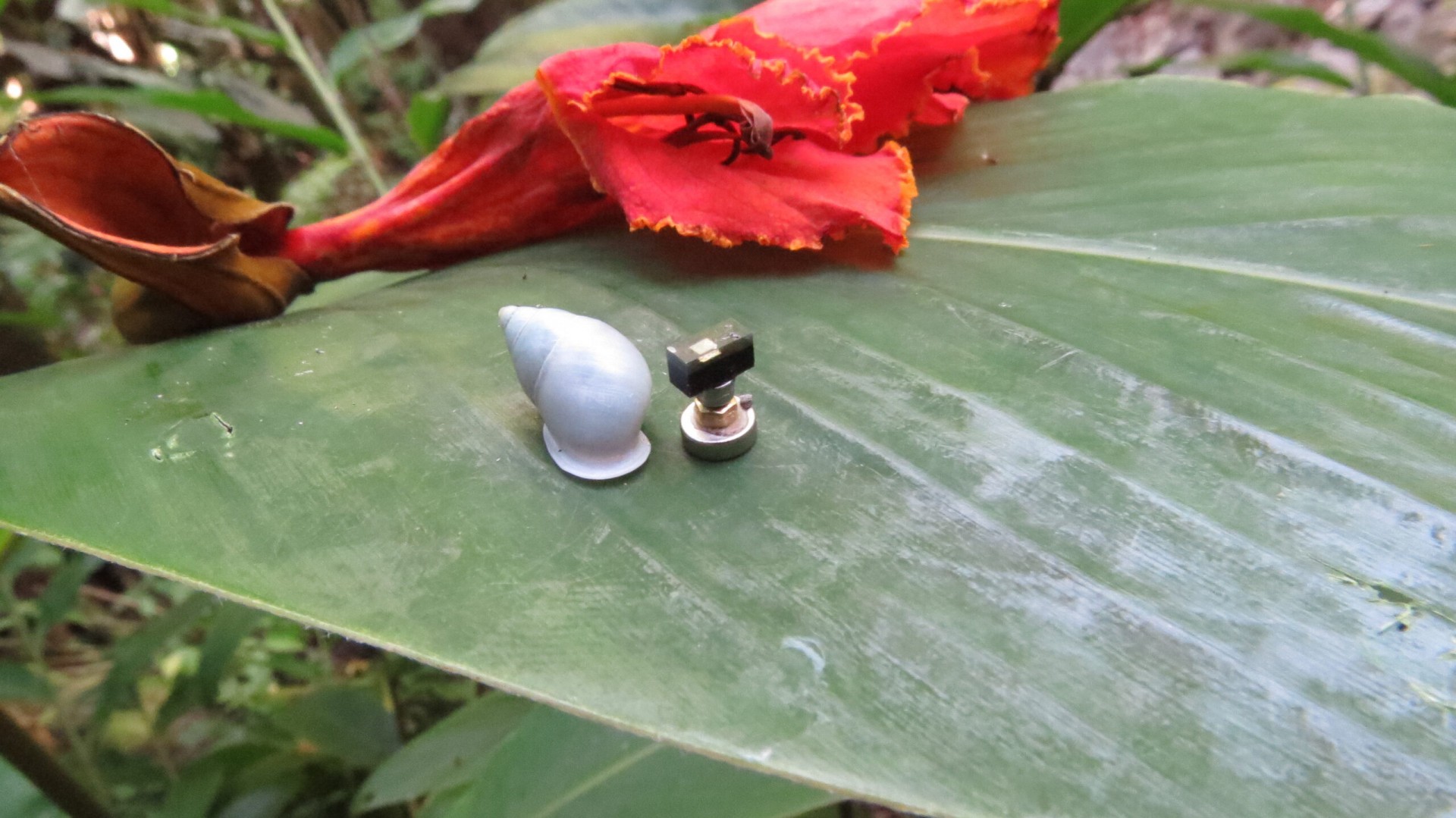 To understand how one species of tree snail in the South Pacific Society Islands survived when more than 50 others were wiped out, biologists at the University of Michigan needed a tiny sensor that could be fixed to a snail’s shell and track how much sunlight the the snail encountered every day.

Inhee Lee, assistant professor of electrical and computer engineering at the University of Pittsburgh Swanson School of Engineering, helped to develop the Michigan Micro Mote (M3), a sensor considered the world’s smallest computer, while at the University of Michigan. Lee was able to adapt the sensor for the biologists’ purposes, helping to solve the mystery of the snails’ survival.

The sensor needed to be able to determine whether their white shells gave these snails an evolutionary advantage by tracking light. Since the sensor could already recharge its own batteries with solar cells, Lee realized he could continuously measure the light level by measuring the speed at which the battery was charging.

“We already had a tiny sensor design, but we needed to change the sensors to detect light,” explained Lee. “Since the sensor could already recharge its own batteries with solar cells, we can continuously measure the light level by measuring the speed at which the battery is charging."

Read the full story from the University of Michigan, reposted below with permission. 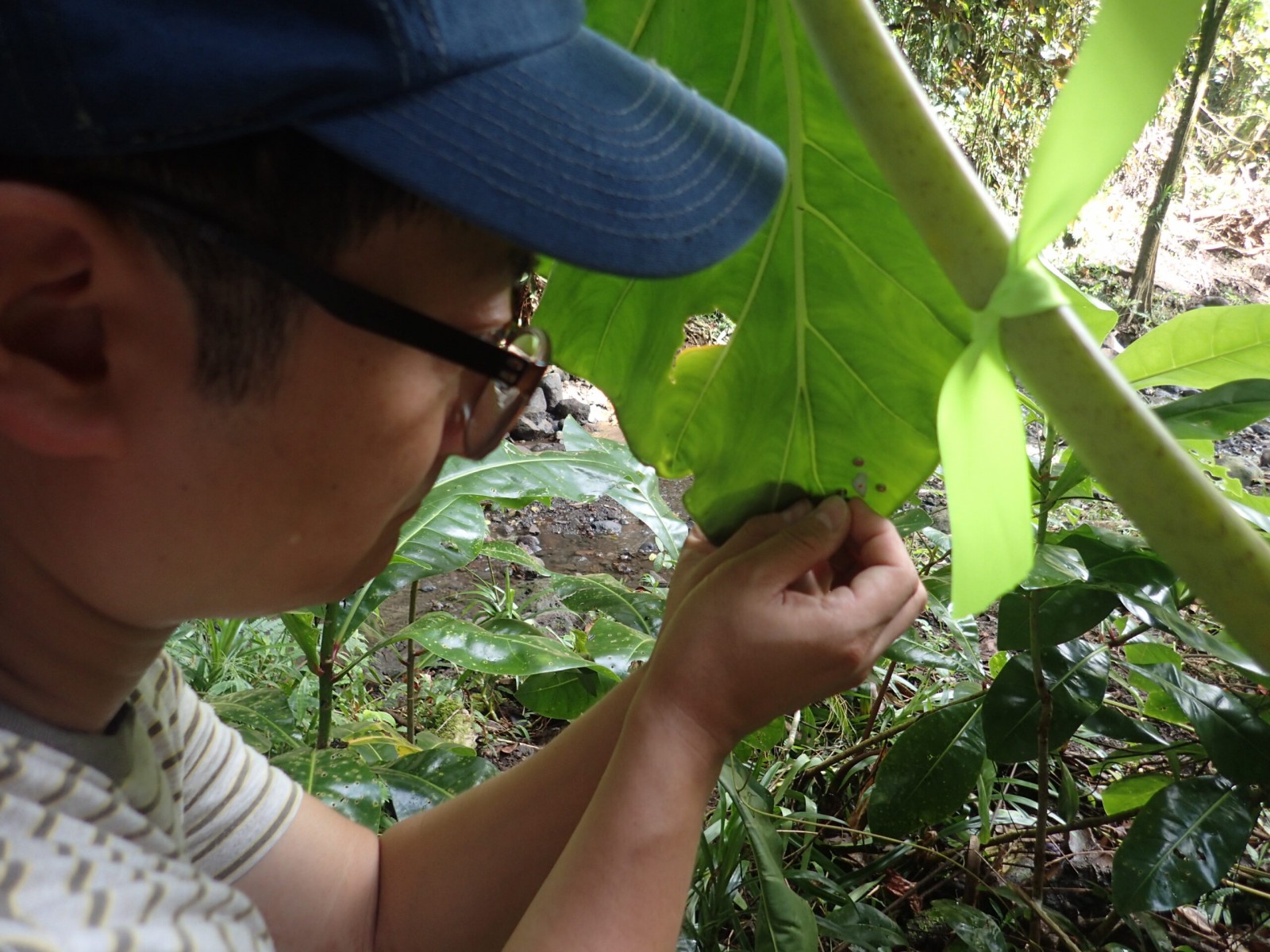 More than 50 species of tree snail in the South Pacific Society Islands were wiped out following the introduction of an alien predatory snail in the 1970s, but the white-shelled Partula hyalina survived.

Now, thanks to a collaboration between University of Michigan biologists and engineers with the world’s smallest computer, scientists understand why: P. hyalina can tolerate more sunlight than its predator, so it was able to persist in sunlit forest edge habitats.

“We were able to get data that nobody had been able to obtain,” said David Blaauw, the Kensall D. Wise Collegiate Professor of Electrical Engineering and Computer Science. “And that’s because we had a tiny computing system that was small enough to stick on a snail.”

Most ecology and conservation studies involving data from sensors are done on vertebrate animals, which can carry larger and heavier devices than invertebrates. The current study not only offers insights into the conservation measures needed to ensure the survival of a species of snails, it points the way for future studies of very small animals through similar partnerships.

“A lot of the coolest scientific work is done at the interface, where you have a classic problem and need to bring new approaches to find a solution,” said Diarmaid Ó Foighil, professor of Ecology and Evolutionary Biology (EEB) and Curator of the U-M Museum of Zoology.

The Michigan Micro Mote (M3), considered the world’s smallest complete computer, was announced in 2014 by a team Blaauw co-led. This was its first field application.

“The sensing computers are helping us understand how to protect endemic species on islands,” said Cindy Bick, who received a Ph.D. in ecology and evolutionary biology from U-M in 2018. “If we are able to map and protect these habitats through appropriate conservation measures, we can figure out ways to ensure the survival of the species.”

P. hyalina is important culturally for Polynesians because of its unique color, making it attractive for use in shell leis and jewelry. Tree snails also play a vital role in island forest ecosystems, as the dominant group of native grazers.

How Society Island snails were wiped out

The giant African land snail was introduced to the Society Islands, including Tahiti, to cultivate as a food source, but it became a major pest. To control its population, agricultural scientists introduced the rosy wolf snail in 1974. But unfortunately, most of the 61 known species of native Society Islands tree snails were easy prey for the rosy wolf snail. P. hyalina is one of only five survivors in the wild. Called the “Darwin finches of the snail world” for their island-bound diversity, the loss of so many Partula species is a blow to biologists studying evolution.

“The endemic tree snails had never encountered a predator like the alien rosy wolf snail before it’s deliberate introduction. It can climb trees and very quickly drove most of the valley populations to local extinction,” said Ó Foighil

In 2015, Ó Foighil and Bick hypothesized that P. hyalina‘s distinctive white shell might give it an important advantage in forest edge habitats, by reflecting rather than absorbing light radiation levels that would be deadly to its darker-shelled predator. To test their idea, they needed to be able to track the light exposure levels P. hyalina and rosy wolf snails experienced in a typical day.

Bick and Ó Foighil wanted to attach light sensors to the snails, but a system made using commercially available chips would have been too large for their purposes.

Matching the technology to the application

“In 2015, I was looking around to see who had the technology capable of tracking snails, and discovered that the people who can do this are also at Michigan. It was serendipitous,” said Bick.

The system Bick found online was known as the Michigan Micro Mote (M3), which was created to go where other sensing devices could not. Measuring just 2x5x2mm, including packaging, it could be used to track animals the size of the rosy wolf snail (with an adult shell 3-7cm) in their natural habitat.

But could it be altered to sense light? It was time to move the M3 from the laboratory to the real world, and adapt it for the special needs of their collaborators.

The first step was to figure out how to measure the light intensity of the snails’ habitats. At the time, the team had just added an energy harvester to the M3 system to recharge the battery using tiny solar cells developed by Jamie Phillips.  Lee realized he could measure the light level continuously by measuring the speed at which the battery was charging. The harvester was capable of measuring this charging rate.

The M3s developed for this study ran on only 40 nanowatts in standby mode, and 228 nanowatts when actively sensing. To give an idea of how miniscule this is, there are 1B nanowatts in a single watt. With the extremely small battery included in the M3, which can provide about only a few millions of a watt for a single hour, every nanoamp counts. The ability of the M3 to run on such low power was key to its success.

After local testing enabled by local Michigan snails, 50 M3s made it to Tahiti in 2017. Bick and Lee joined forces with Trevor Coote, a well-known conservation field biologist and specialist on the French Polynesian snails.

The team glued the sensors directly to the rosy wolf snails, but P. hyalina is a protected species and required an indirect approach. They are nocturnal, typically sleeping during the day while attached underneath leaves. Using magnets, the team placed M3s both on the tops and undersides of leaves harboring the resting P. hyalina. At the end of each day, Lee wirelessly downloaded the data from each of the M3s.

The researchers suspect that the rosy wolf doesn’t venture far enough into the forest edge to catch P. hyalina, even under cover of darkness, because they wouldn’t be able to escape to shade before the sun became too hot.

Model for future collaborations between biologists and engineers

The success of this project broke new ground from the perspective of the engineers as well as the biologists.

“It’s underappreciated how large a step it is to go from the lab into the field and get meaningful data,” said Blaauw. “It’s essential to achieve success in order to propel the technology forward, but takes a great deal of trust among the collaborators.”

“The M3 really opens up the window of what we can do with invertebrate behavioral ecology and we’re just at the foothills of those possibilities,” Ó Foighil added.

This project has already facilitated a subsequent collaboration between engineering and ecology and evolutionary biology tracking monarch butterflies. And more projects are in the works.

The project was supported by U-M’s MCubed program, created to stimulate and support innovative research among interdisciplinary teams. Additional funding was provided by the Department of Ecology and Evolutionary Biology and by National Science Foundation and Arm Ltd. funding to the Blaauw lab.