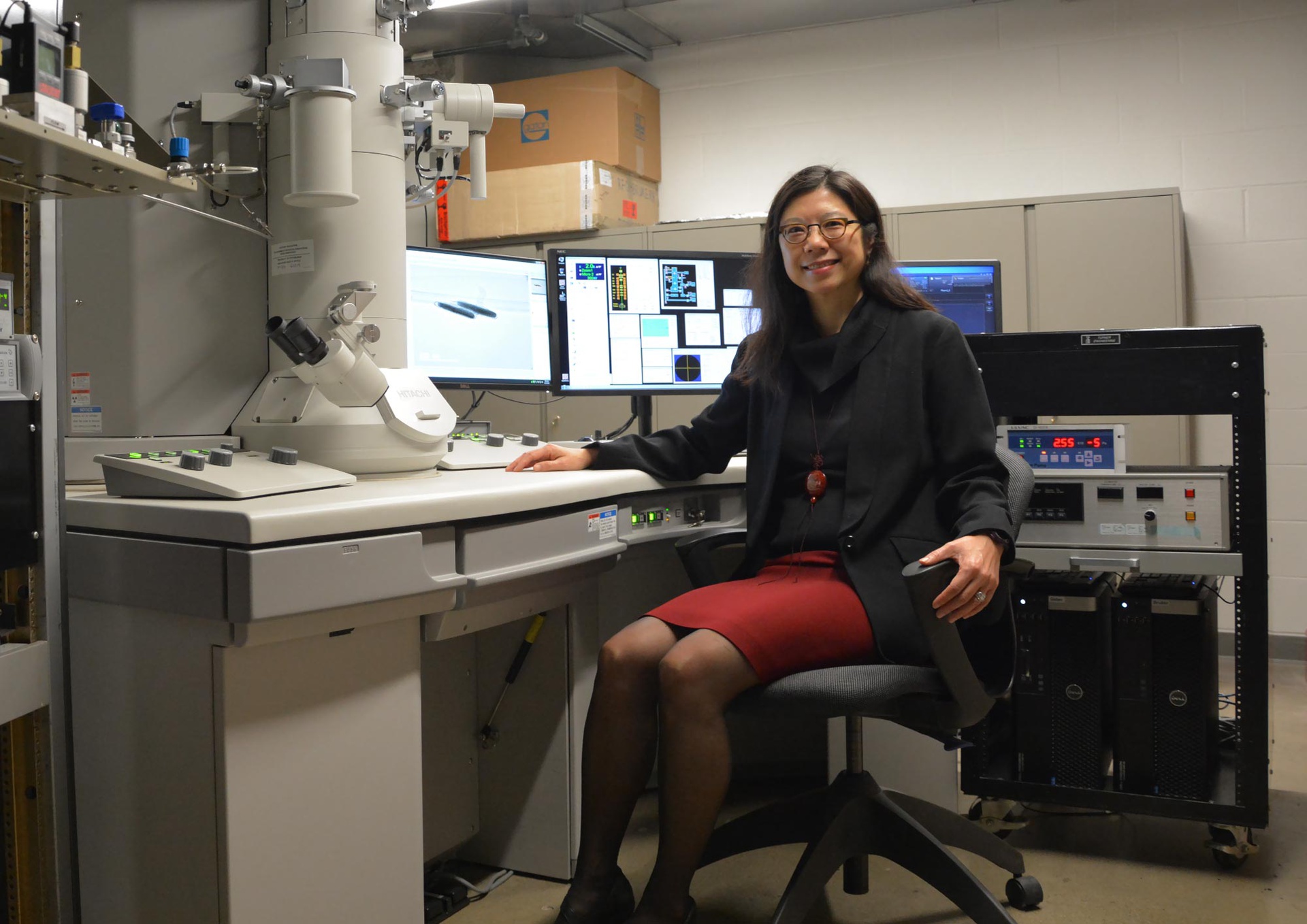 PITTSBURGH (December 15, 2015) … Judith Chun-Hsu Yang, PhD, professor of chemical and petroleum engineering at the University of Pittsburgh’s Swanson School of Engineering, received two grants from the National Science Foundation (NSF) for research that will challenge classical theories of oxidation. By using electron microscopy capable of observing changes in real time, Yang will analyze the effects of oxidation on copper and the nano-structure of other metals used in a variety of industries.

Both projects take advantage of a new environmental transmission electron microscope, Hitachi H9500 ETEM that arrived at Pitt in August 2015.  Funding for this instrument was provided by a NSF-MRI grant awarded to Yang in 2013.

“DMREF: Collaborative Research: Toolkit to Characterize and Design Bifunctional Nanoparticle Catalysts” will receive $1.2 million over three years with $270,000 coming to Pitt. Yang will serve as co-principal investigator on the collaborative grant with the University of Pittsburgh, University of Texas at Austin, and Yeshiva University in New York. Using both in situ and scanning transmission electron microscopy, the researchers at Pitt will look for optimal, cost-efficient combinations of metals that achieve desired reactions and catalyst formulations for industry.

“Industry tests catalysts empirically—trying many different combinations of metals and seeing what works,” said Yang. “Ideally, we want to be able to use theory and computational studies to predict new catalyst structures more efficiently.”

The second grant of $300,357 will fund the project “Dynamic Atomic-scale Metal Oxidation to Correlate with Multi-scale Simulations.” Yang will work with Wissam Saidi, an assistant professor in Pitt’s department of mechanical and material science. The study will analyze the nanoscale stages of oxidation in metal oxides to reform outdated theories that explain environmental stability in engineered materials. Recent studies of the oxidation of copper at Pitt have revealed flaws in the common assumption that oxide formation is uniform.

“We would like to reach a fundamental understanding of how to design materials that can appropriately react with the environment,” said Yang. “Structural changes resulting from exposure to gas and heat are well known, but classic oxidation analysis mostly measures the weight change of the material. We can use an environmental transmission electron microscope during dynamic experiments to observe structural changes that occur during oxidation.”