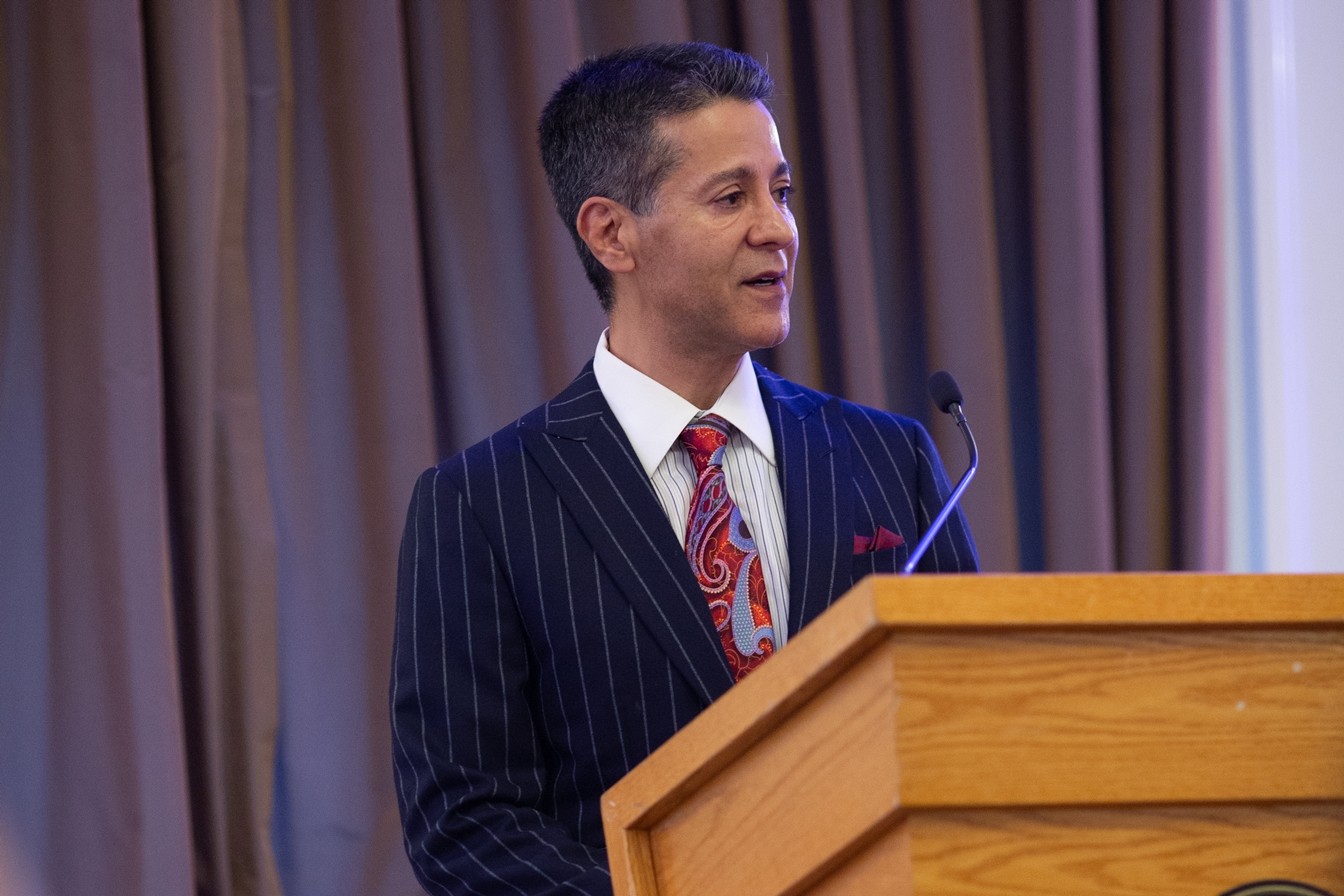 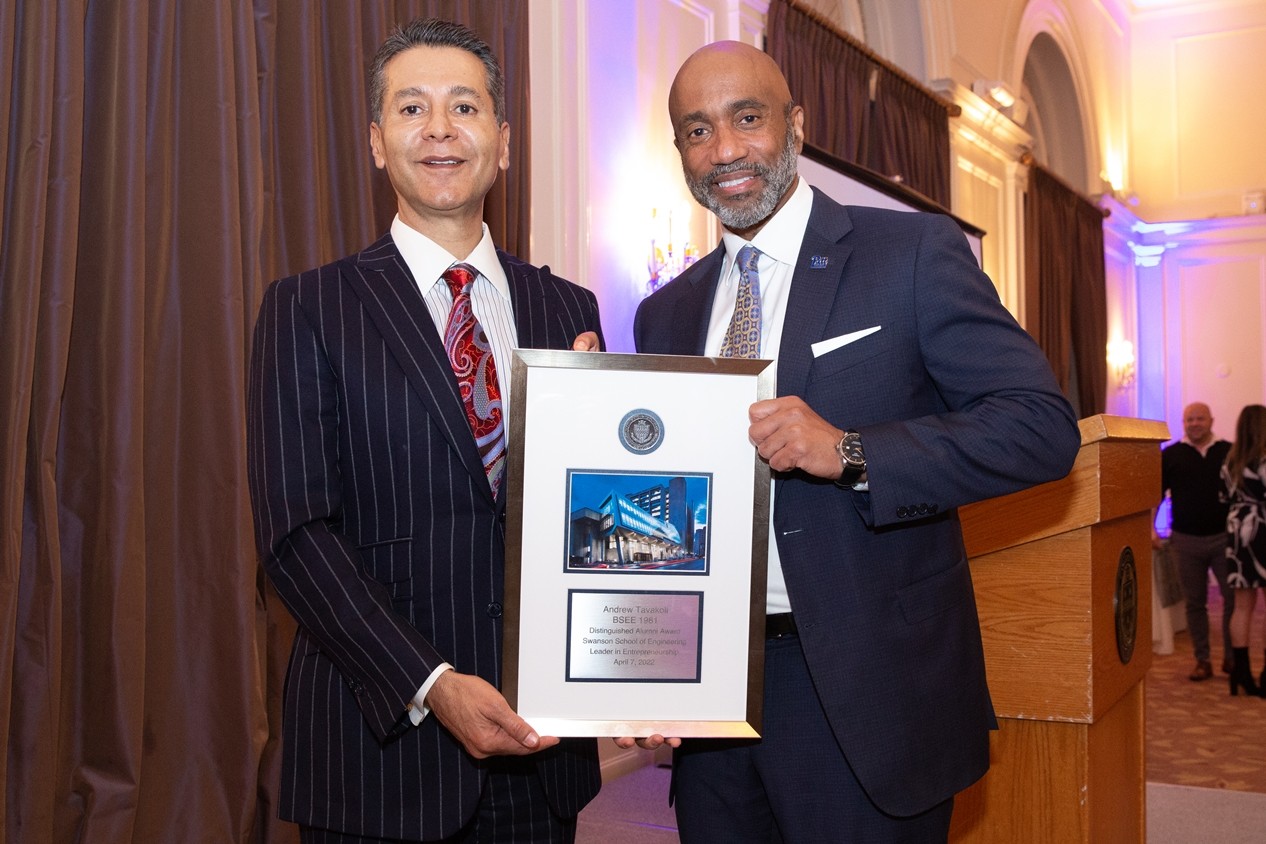 Postponed by the onset of the COVID-19 pandemic in 2020, the University of Pittsburgh Swanson School of Engineering's 61st Distinguished Alumni Banquet finally was celebrated Thursday, April 8, 2022 in the University Club. Andrew Tavakoli BSEE ‘81 received the School’s first Leadership in Entrepreneurship award for his commercial real estate and investment career as well as his community and philanthropic engagement.

Most recently, Tavakoli was appointed by President Joseph R. Biden to serve on the President’s Advisory Committee on the Arts and as a board member of the Kennedy Center for the Performing Arts.

“Andrew has leveraged his engineering and business skills to build a dynamic real estate portfolio across the country, but also has leveraged his success to support the arts, education, healthcare, and civic organizations both in California and the nation's Capitol,” noted James R. Martin II, U.S. Steel Dean of Engineering. “He is the epitome of an engineer - one who committed to solving challenges, creating cultural change, and giving back to the community. We are delighted to honor his career with this inaugural award for entrepreneurship.”

Andrew has acquired and repositioned several private companies including the acquisition of Hamburger Hamlet national restaurant chain in 2004, which employed over 1,400 employees, and successfully sold the company in 2009. He currently holds investment positions in dozens of private companies under the umbrella of Tavaco Capital Management, a private equity firm.