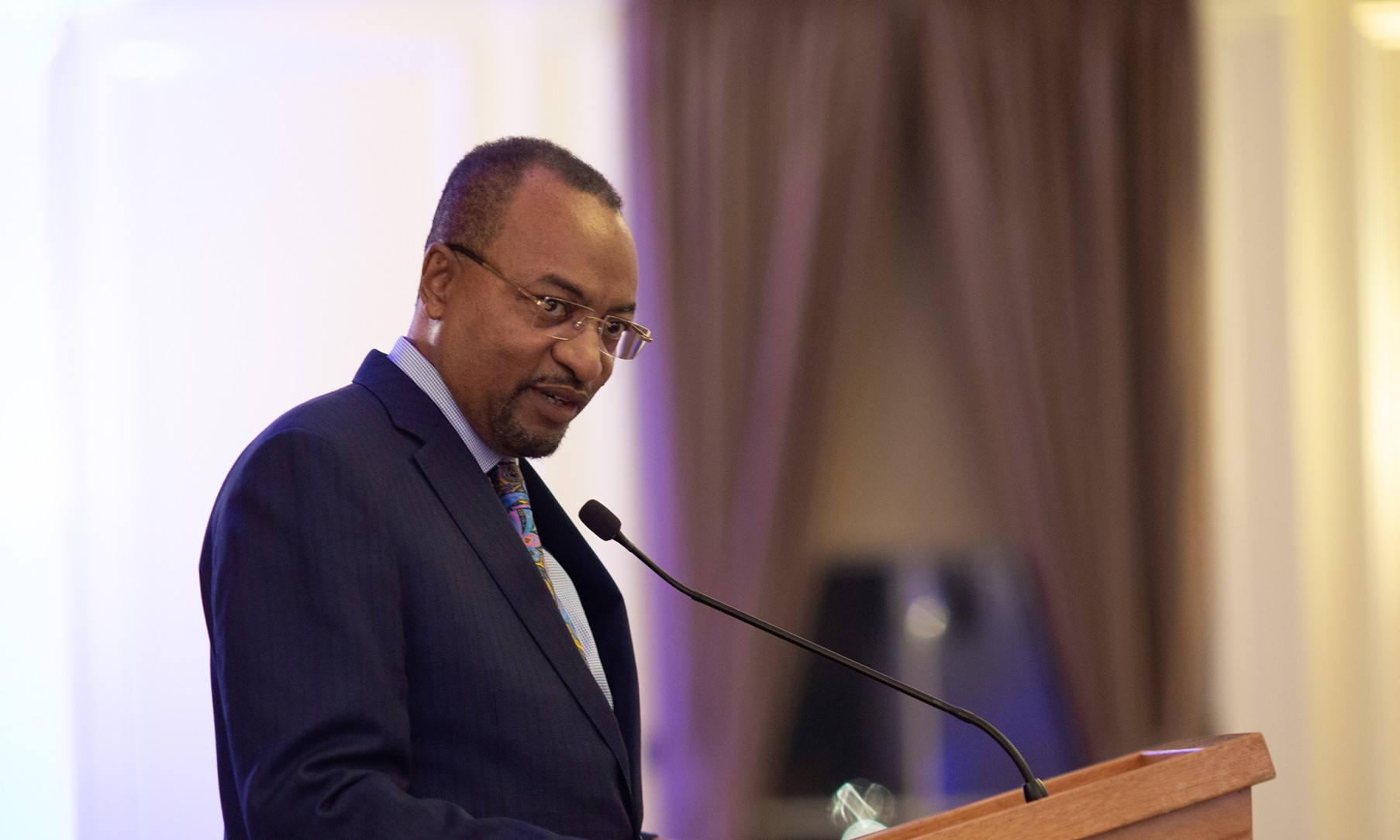 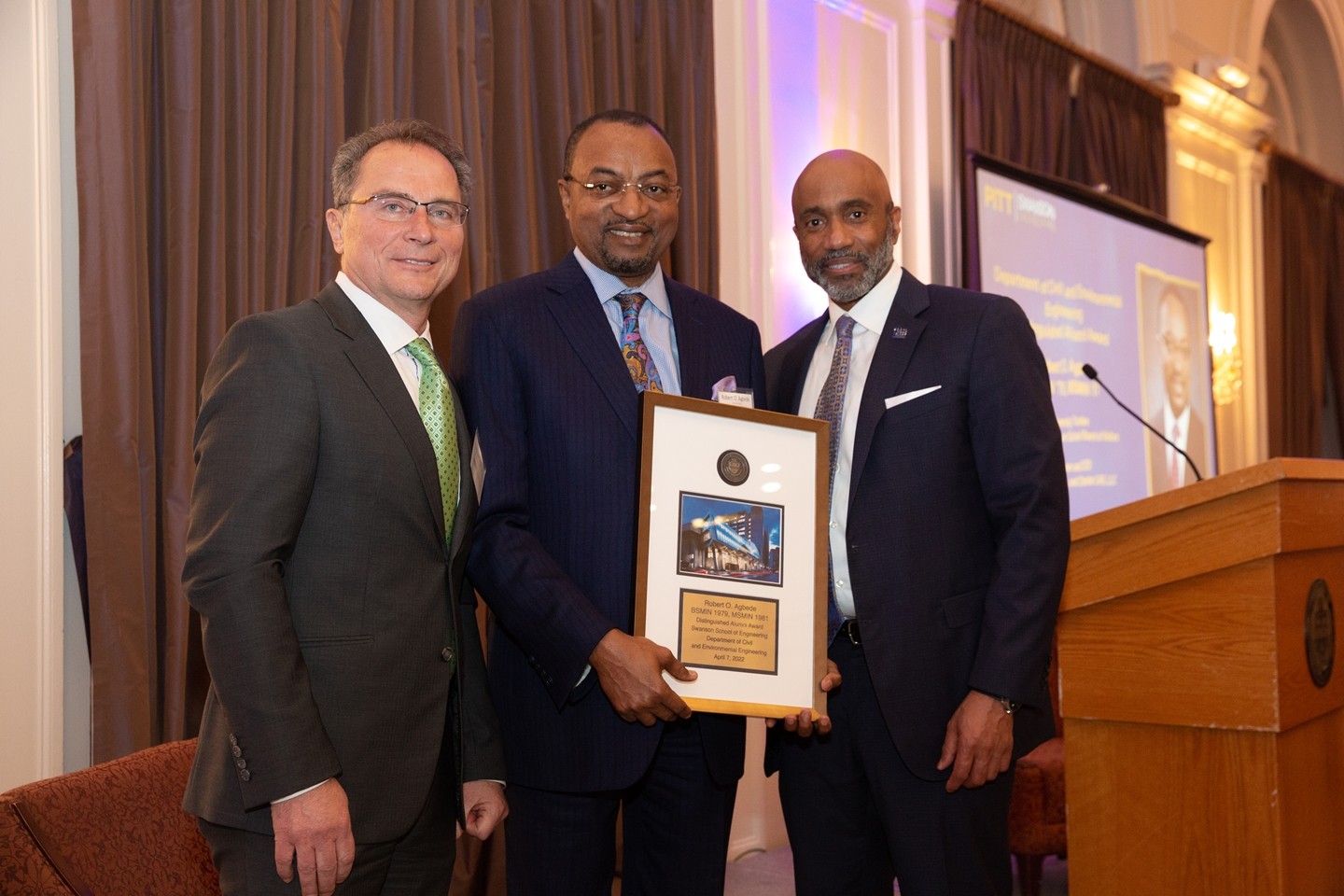 Postponed by the onset of the COVID-19 pandemic in 2020, the University of Pittsburgh Swanson School of Engineering's 61st Distinguished Alumni Banquet finally was celebrated Thursday, April 8, 2022 in the University Club. Robert O. Agbede BSMine ‘79 MSMine ’81 received the Department of Civil and Environmental Engineering’s Distinguished Alumni Award. Agbede, Chairman and CEO of Chester Group Inc. and Chester LNG LLC also serves on Pitt's Board of Trustees and as Chair of the Swanson School's Board of Visitors.

“Bob’s story is truly remarkable, but also spans the Atlantic Ocean. After immigrating to the U.S. from Lagos, Nigeria and – following a brief tenure at Montana Tech – he enrolled at the University of Pittsburgh, in the region where he would make a tremendous impact after earning degrees in mining engineering,” said James R. Martin II, U.S. Steel Dean of Engineering. “He has especially committed himself to the success of the next generation of Pitt Engineers by establishing scholarships and sharing his industry experience and lifetime of engagement with our students. We are delighted to honor him with this award.”

Robert O. Agbede is the Chairman and CEO of Chester Group Inc., a holding company for technology, engineering, and energy related investments and the former CEO and owner of Chester Engineers, which was, prior to its merger with Hatch Associates in 2017, the largest African American–owned engineering, water/wastewater treatment, energy, and environmental engineering firm in the United States.

Robert is also the Chairman and CEO of Chester LNG, LLC, a subsidiary of the Chester Group, which designs and owns several intellectual properties on micro-LNG systems for use as virtual pipelines to deliver natural gas to remote locations or as standalones for off the grid power generation or fueling.

He is the Chairman of Sigma Paint Nigeria, a coating manufacturing and marketing company in partnership with Pittsburgh-based PPG Industries. Robert was also the former Vice Chairman of Hatch USA, a global engineering and business consulting company, and was a founder and co-owner of Orbital Solutions, a Pittsburgh based leadership development, coaching, diversity consulting and training organization. He and his companies are holders of several U.S. patents.

Mr. Agbede is also a member of the Board of Trustees of the University of Pittsburgh and is the Chairman of the Swanson School of Engineering Board of Visitors.

Previous board memberships include the Allegheny Conference on Community Development (15 years); National Coal Council, a Federal Advisory Council to the Secretary of Energy (20+ years); the Federal Reserve Bank of Cleveland/Pittsburgh Branch, where he later served as Chairman of the Board of the Pittsburgh branch; and UPMC. In 2000, he was inducted into the University of Pittsburgh School of Engineering Hall of Fame.