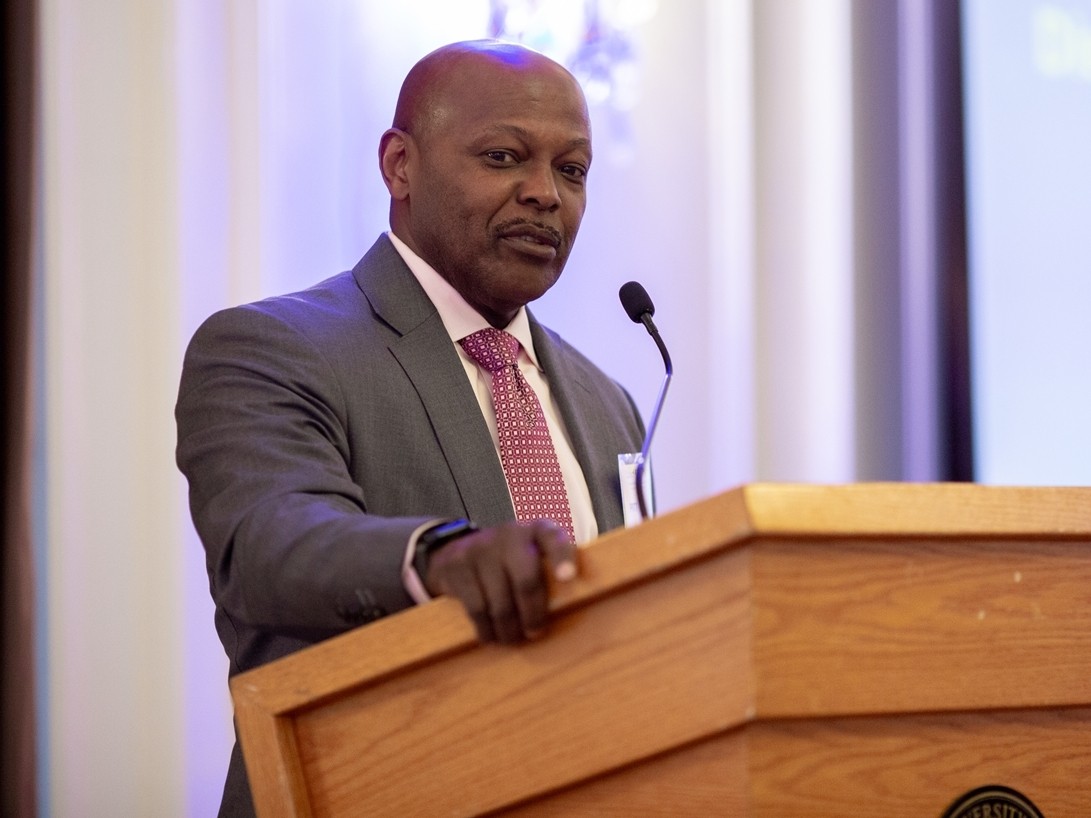 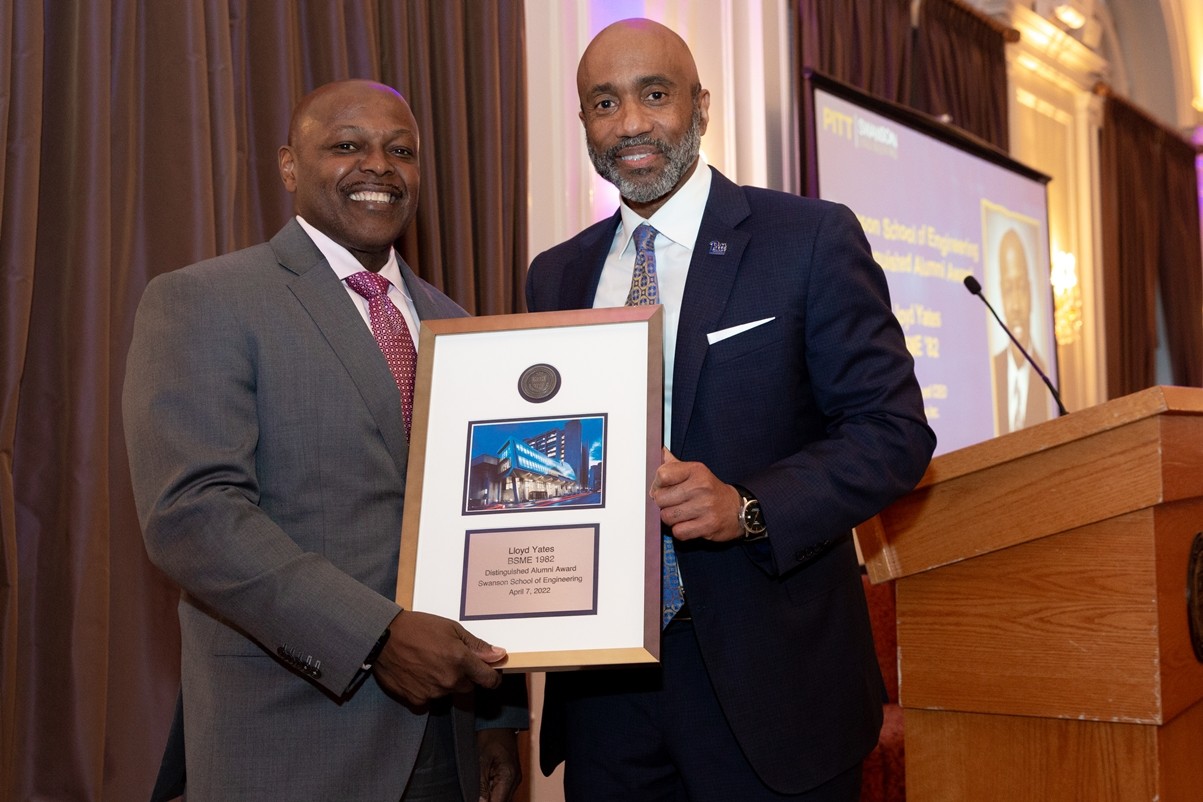 Postponed by the onset of the COVID-19 pandemic in 2020, the University of Pittsburgh Swanson School of Engineering's 61st Distinguished Alumni Banquet finally was celebrated Thursday, April 8, 2022 in the University Club. Lloyd Yates BSMechE '82, President and CEO of NiSource Inc., was officially honored as the Swanson School's Distinguished Alumnus.

“Lloyd has had a long and distinguished career in the energy industry,” noted James R. Martin II, U.S. Steel Dean of Engineering. “Since receiving  the Distinguished Alumni Award from the Department of Mechanical Engineering & Materials Science in 2014 when he was President of Duke Energy and now at NiSource, he has helped to transform the energy industry. Now, as head of northwest Indiana's largest utility, Lloyd is enhancing safety initiatives and technology at NiSource. We are excited to honor him with the School's highest award for its alumni.”

Lloyd Yates serves as NiSource President and Chief Executive Officer and has been in this role since February 14, 2022. He is also a member of the NiSource Board of Directors and served on the NiSource Board as an independent Director from 2020 – 2022.

Currently, Lloyd serves on the Board of Directors of Marsh & McLennan Companies, Inc.