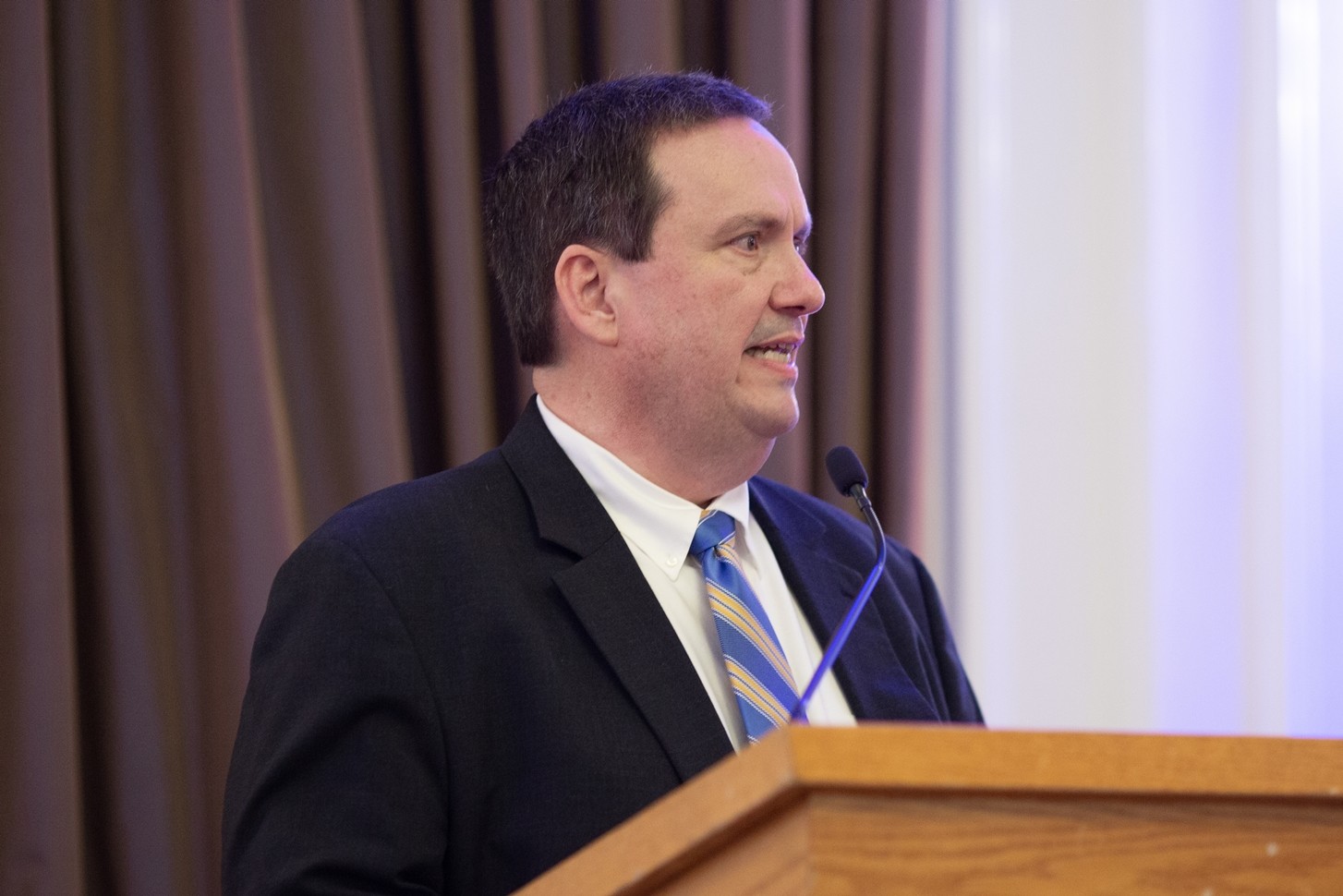 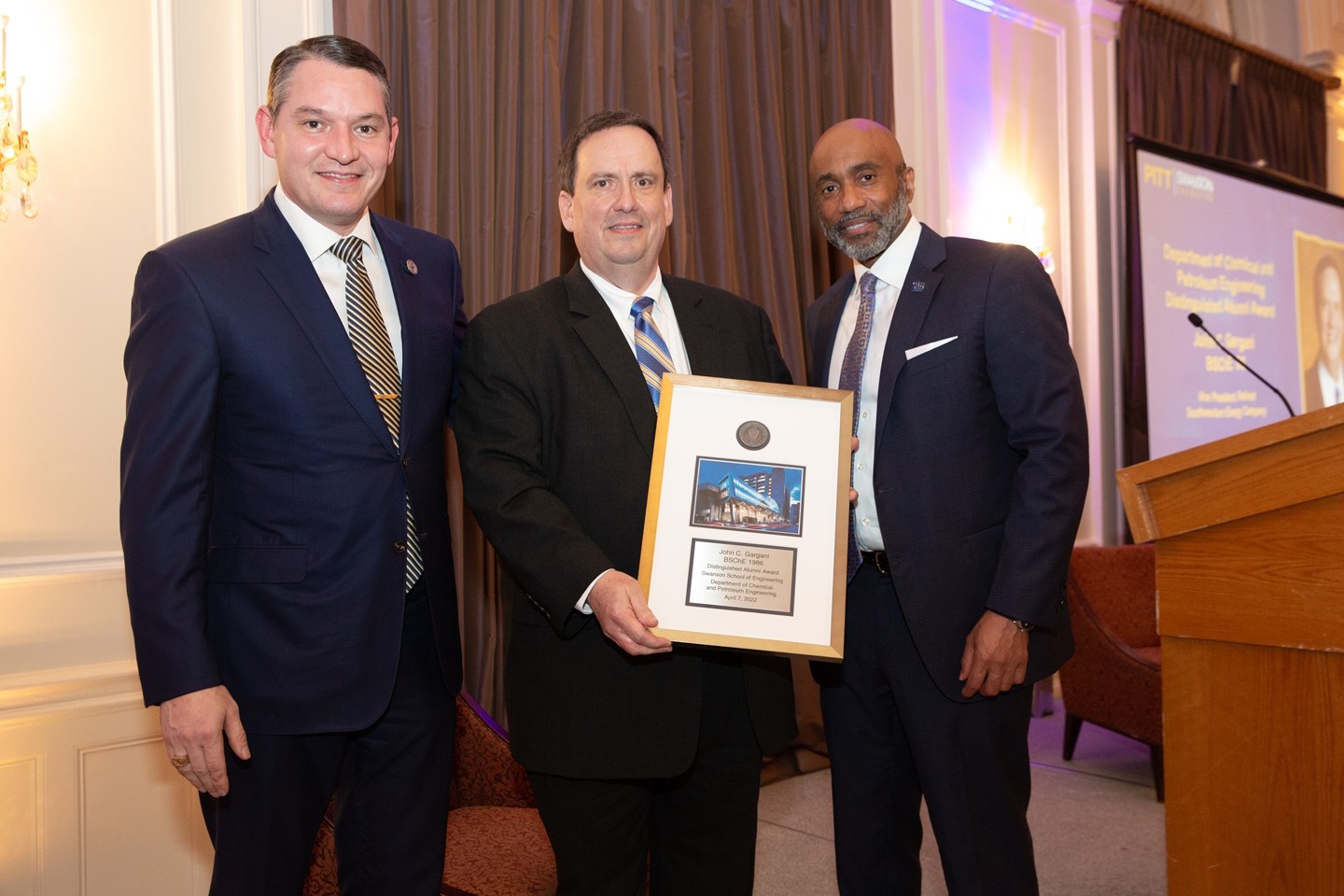 Postponed by the onset of the COVID-19 pandemic in 2020, the University of Pittsburgh Swanson School of Engineering's 61st Distinguished Alumni Banquet finally was celebrated Thursday, April 8, 2022 in the University Club. John Gargani BSChE ‘86 received the Department of Chemical and Petroleum Engineering’s Distinguished Alumni Award. Gargani retired in 2017 as Vice President of Southwestern Energy Company.

“John is recognized for his impressive three-decade career in the oil and gas industry, as well as his volunteerism with both his Department and the Pitt Alumni Association,” said James R. Martin II, U.S. Steel Dean of Engineering. “His expertise in industry and philanthropy are a valuable asset to the Swanson School and to Pitt, and so we are proud to recognize him with this award.”

John Gargani received a bachelor’s degree in chemical engineering with petroleum specialization from the University of Pittsburgh in 1986, and since then has over 30 years of experience in the oil and gas industry. Prior to retiring in 2017, John held various vice president positions at Southwestern Energy Company in Houston, Texas including Economic Planning & Acquisitions; Midstream Services; Human Resources; and Strategy, Performance & Innovation as well as other management roles within the company.

Before joining Southwestern Energy in 1993, John held various engineering positions with Conoco Inc. in its Midland, Texas office. He is a registered Professional Engineer in the State of Texas and is a member of several energy industry organizations including SPE and SPEE. He previously served as Chairman of the 10,000+ member Gulf Coast Section of the Society of Petroleum Engineers.

John currently serves as the Chair of the Advisory Board for the Department of Chemical and Petroleum Engineering and is the Swanson School Representative for the Pitt Alumni Association. He also serves as Chair of the Board of Triangle Education Foundation, which focuses on developing future leaders with character and integrity within the membership of Triangle Fraternity, a fraternity of engineers, architects, and scientists.

John previously served as the Chairman of Child Legacy International, a non-profit organization which helps build viable and sustainable communities through clean water, medical care with a focus on mother and child health, and vocational training programs in Malawi and Zimbabwe. Additionally, John serves on the Board of Directors of Seton LaSalle Catholic High School and the Diocese of Pittsburgh Catholic Men’s Fellowship.

John was raised in the Brookline area of Pittsburgh and has been married to his wife, Melissa, since 1987 and share four children. Melissa (BSIE ’87) and their second son Matthew (BSME ’14, MSMSE ’19) – are Swanson School alumni.