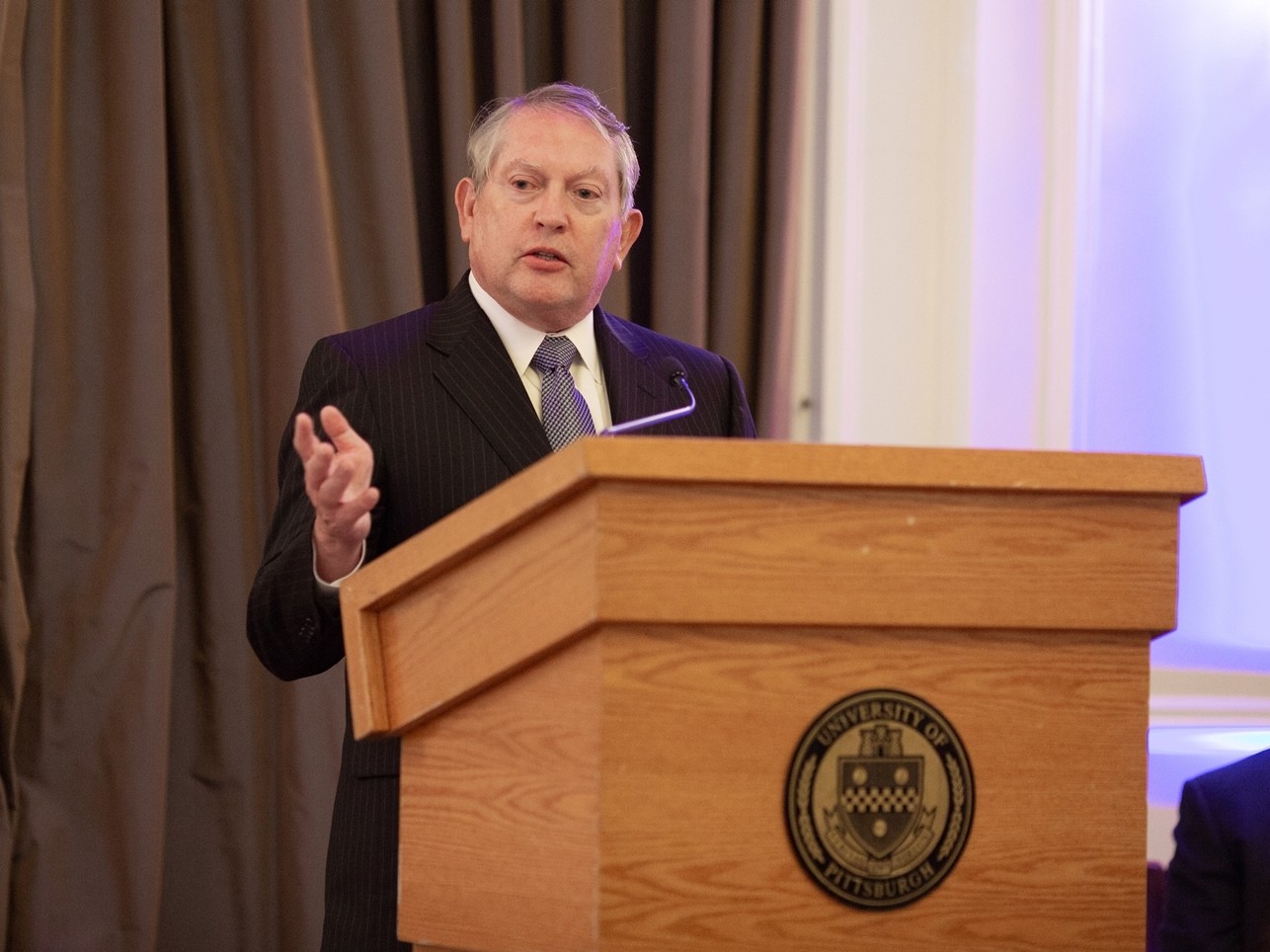 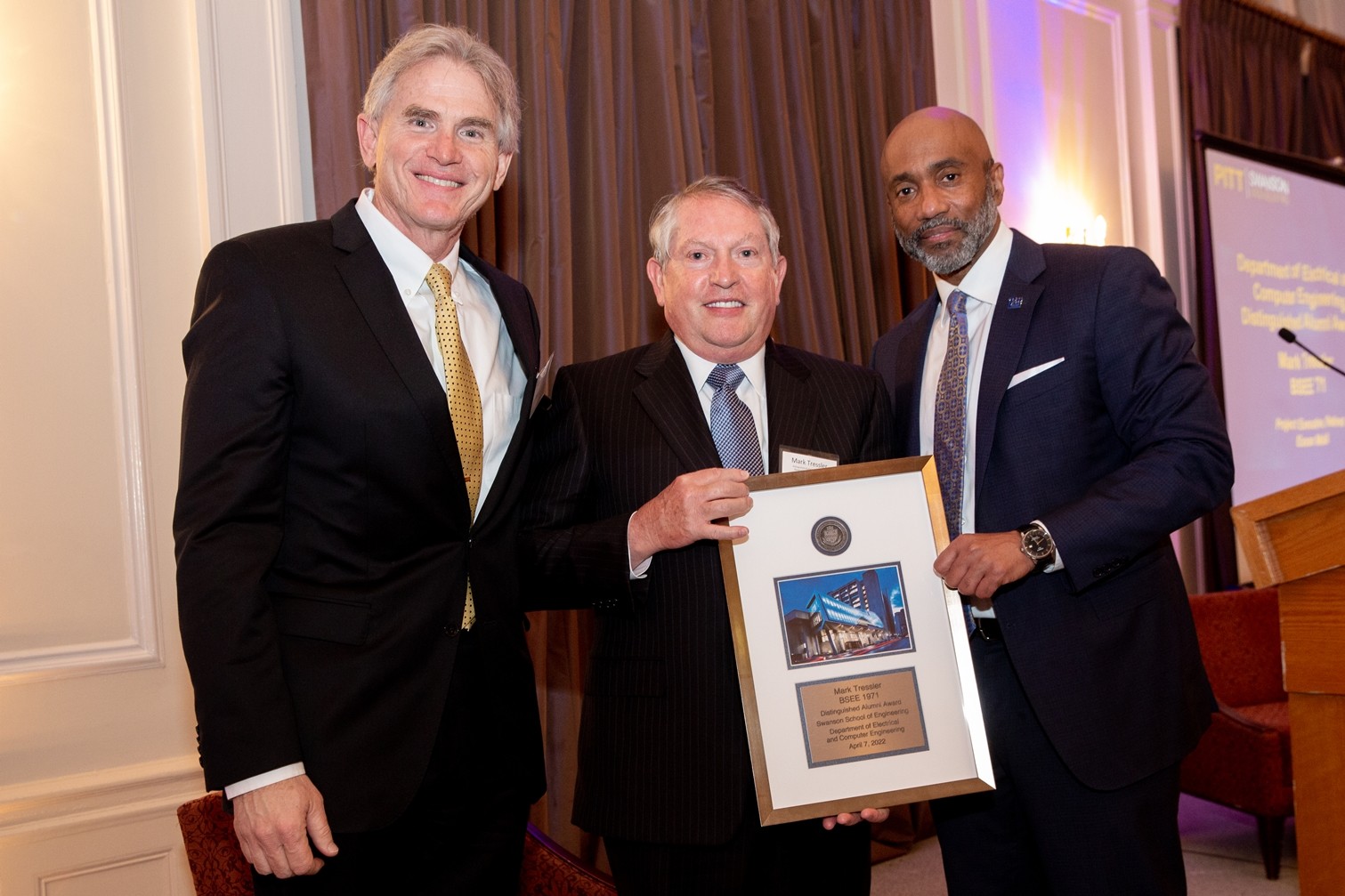 Postponed by the onset of the COVID-19 pandemic in 2020, the University of Pittsburgh Swanson School of Engineering's 61st Distinguished Alumni Banquet finally was celebrated Thursday, April 8, 2022 in the University Club. Mark Tressler BSEE '71 received the Department of Electrical and Computer Engineering’s Distinguished Alumni Award. Tressler formerly was a global Project Executive at Exxon Mobil.

“Exxon Mobil's footprint enjoyed tremendous global expansion under Mark's management,” noted James R. Martin II, U.S. Dean of Engineering. “From the Middle East to the North Sea and South America to Canada, Mark's project management expertise had a tremendous impact on the company, culminating in the completion of its U.S. campus in Houston. We are proud to recognize his accomplishments and outstanding career."

Mark Tressler graduated from the University of Pittsburgh in 1971 with a bachelor’s degree in electrical engineering, and later in life would retire after a remarkable 37-year global career with Exxon Mobil.

Following a career plan which developed during his senior year at Pitt, Mark joined Westinghouse Electric for two years followed by a five-year work engagement with a small consulting firm in Chicago. In 1978, Mark joined Exxon (later to become known as Exxon Mobil following the merger of the two energy companies) and spent twenty-one years outside of the United States with assignments in Canada, Colombia, Norway, and Qatar. During the first 23 years with Exxon Mobil, Mark worked in various engineering and management positions in the underground and open-pit mining companies owned and operated by Exxon Mobil. Positions included process engineering, project engineer, safety manager, mine superintendent, general manager, and vice president of operations.

Following the disposition of the assets in the mining and minerals group of Exxon Mobil, Mark moved to the upstream major project group. His first major project management assignment included the design, fabrication and installation of an offshore platform in the Norwegian Sea. Following the successful start-up and handover, Mark was moved to Qatar and became General Manager of Al Khaleej Gas that provided natural gas for domestic use, as well as for export to the UAE. As part of this new assignment, Mark had project executive oversight responsibilities for a second gas plant and a natural gas condensate refinery, and participated in the evaluation of a gas-to-liquids project and an ethane cracker in Qatar.

After nearly five years in Qatar, Mark was transferred to Imperial Oil in Calgary to manage the mine design of a major oil sands development. His final project execution assignment prior to retirement was the construction and delivery of the Exxon Mobil campus project north of Houston, designed to house all the staff functions of Exxon Mobil in the United States.