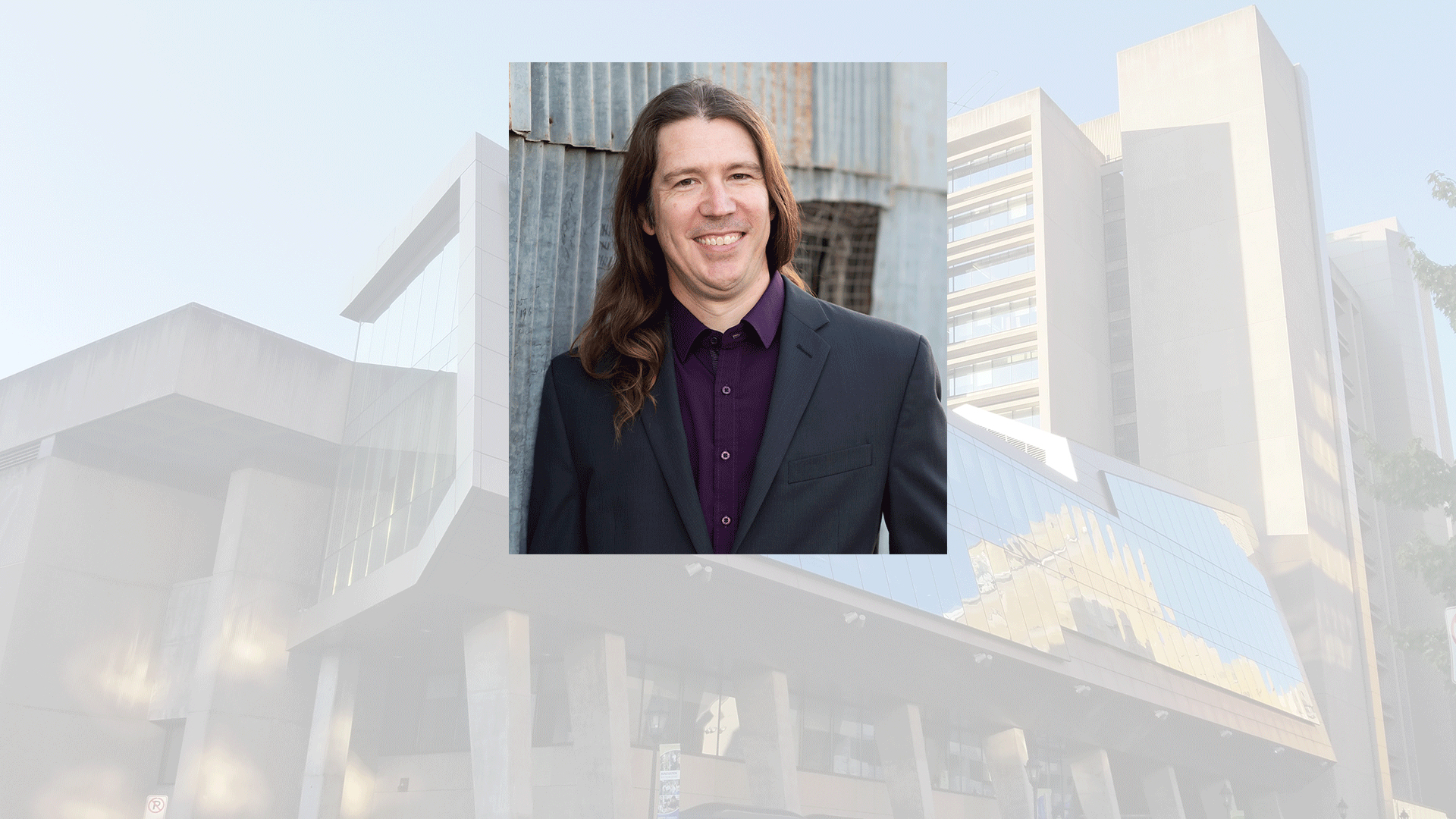 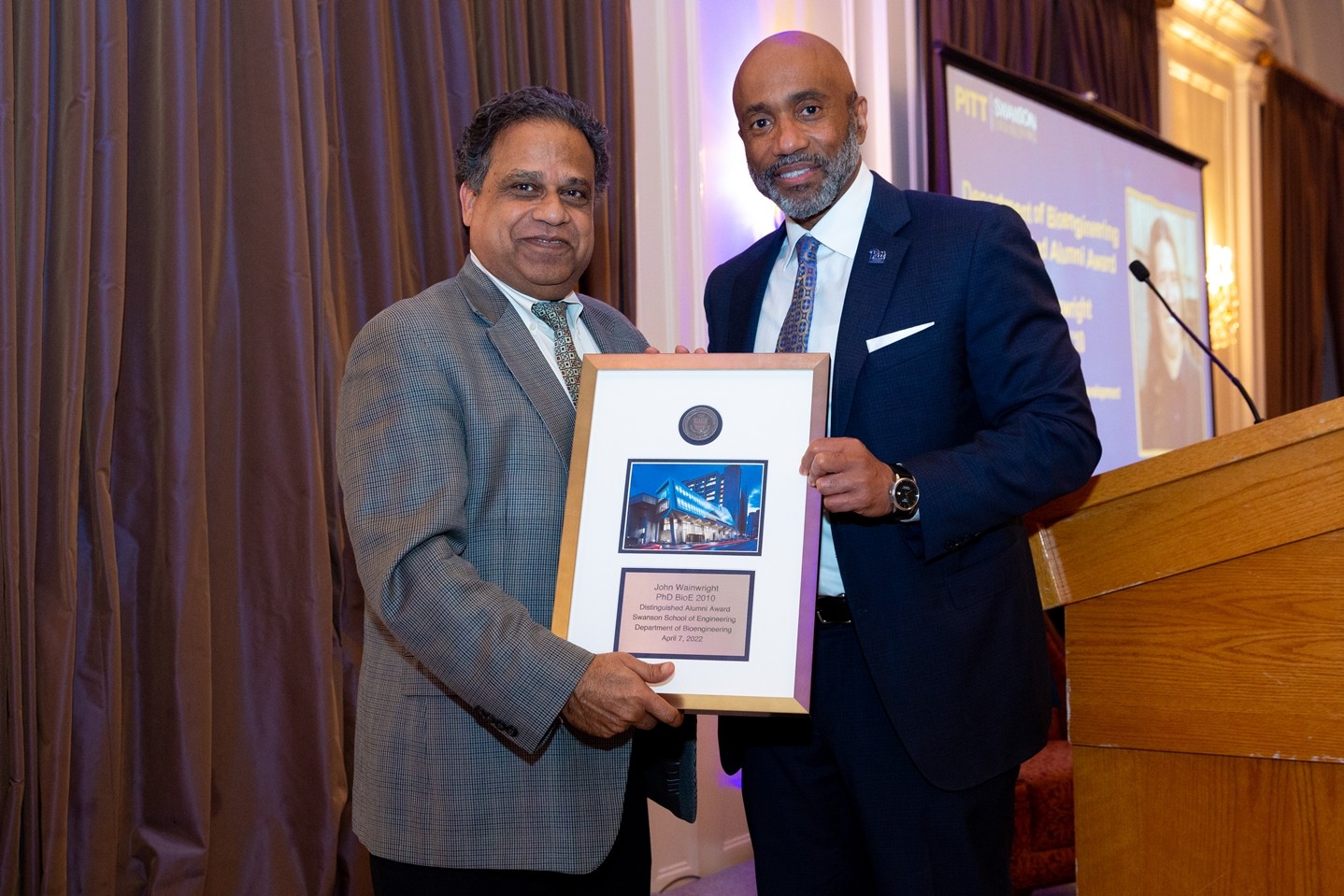 Postponed by the onset of the COVID-19 pandemic in 2020, the University of Pittsburgh Swanson School of Engineering's 61st Distinguished Alumni Banquet finally was celebrated Thursday, April 8, 2022 in the University Club. John Wainwright PhD BioE ‘10 received in absentia the Department of Bioengineering’s Distinguished Alumni Award. Wainwright is Vice President for Research and Development at MIVI Neuroscience Inc.

“John's research in regenerative medicine and cardiac repair at Pitt, and later in stroke treatment in his career, have been transformative both for patients and himself,” said James R. Martin II, U.S. Steel Dean of Engineering. “We are honored to recognize him for his accomplishments in biomedical engineering and look forward to his continued success.”

John Wainwright has stated his life goal is “To save millions of lives in a beneficial environment.”

John has effectively built and managed multiple cross-site/functional teams to improve patient care by leading meaningful innovation, development, & commercialization of neuro, peripheral, and cardiac devices. He began his engineering career as an intern at Tampa Electric Power Plants where he learned about the hands-on support needed to keep a plant functioning. When John returned to school at the University of Florida, he began research in the lab of Dr. Christopher Batich, professor of biomedical engineering, where he worked on a treatment for liver cancer. Finding development of medical devices more appealing, John joined Cordis, a Johnson and Johnson Company, as a process development engineer. Through repeated execution on projects, obtaining a master’s in biomedical engineering at U of F, and multiple great mentors, he progressed to designing peripheral stents.

After seven years, John focused on earning his PhD, positing that learning about the biology of disease progression and healing would accelerate his ability to bring meaningful innovations to market. Now at the University
of Pittsburgh in the lab of Dr. Stephen F. Badylak, professor of surgery and deputy director of the McGowan Institute for Regenerative Medicine, John’s main concentration was organ specific extracellular matrix (ECM) for cardiac repair. During this time, he also managed multiple pre-clinical device studies and worked as an artificial heart engineer, experiences which he notes were critical in his next career at Medtronic Neurovascular, where he developed devices to treat stroke.

John explains that his work at Medtronic was rewarding because of the impact on stroke patients. John has also served as president of the Medtronic Technical Forum, a grassroots organization working on development, knowledge sharing, & recognition across 33,000 members and mentorship and teaching UC Irvine Engineering students. Through these experiences, John has found how important a beneficial work culture and mentors are on the continued success of an organization.

Recently, John joined MIVI Neuroscience as VP of R&D where he is helping them achieve their vision of being the undisputed leader in distal stroke solutions. Since joining 7 months ago, John has been helping MIVI redefine
their impactful product portfolio and focus on execution.