With a blast of confetti falling from above the stage at the Charity Randall Theater, the participants in the 2018 Randall Family Big Idea Competition celebrated the culmination of two months of extra-curricular work on ideas for new products ranging from a software platform to connect hunters to landowners to a new insulin pump for diabetics, to a wearable earbud for helping disabled people control devices with eye movement.

And 13 of the 40 finalist teams celebrated sharing the $100,000 in prize money. This year’s competition was the largest yet, with more than 300 students of all levels, from freshman to doctoral, participating in the initial round comprising more than 100 teams. Teams led by Swanson School of Engineering students captured at least one win in every place.

The winner of the $25,000 top prize was Four Growers, an interdisciplinary group of students led by Dan Chi of the Swanson School of Engineering. They are developing a robotic system for harvesting tomatoes in commercial greenhouses.

Next up for Four Growers will be representing Pitt as its entrant in the ACC InVenture Prize competition April 4-6, 2018, at Georgia Tech University, where each university in the Atlantic Coast Conference competes against each other in an innovation pitch competition.

Four Growers is one of two Pitt teams that have been accepted into the prestigious Rice Business Plan Competition the same weekend, meaning they will have to split the team to compete both in Atlanta and Houston. The other Pitt entrant is FRED, which has developed a flexible platform for dynamic social science modeling.

“This is the first time Pitt has had a team accepted in the Rice competition in its 17-year history, so having not one but the maximum allowed of two teams from the university accepted is a big deal,” said Babs Carryer, Director of Education and Outreach for the Innovation Institute, who oversees the Big Idea Competition.

This years’ competition marked the 10th anniversary and it included the announcement that Pitt trustee Bob Randall and his family are donating $2 million to establish the Big Idea Center at the Innovation Institute to support student entrepreneurship. See that full story here.

Pitt Chancellor Patrick Gallagher credited Bob Randall’s vision for embedding entrepreneurship into the fabric of the university with bringing about a culture change that has witnessed a dramatic increase in the experiential learning opportunities in entrepreneurship that have been built around the Big Idea Competition in the past four years.

“Bob’s vision has transformed this campus in so many powerful ways. We thank you and your family for not only being a great friend and a generous benefactor but for being a catalyst for change,” he said.

Chancellor Gallagher said the crucible of the Big Idea competition will serve the participants well in whatever career route they take, whether it’s launching a startup or leading new initiatives in a larger organization.

“If you think about the experience of being an entrepreneur, there’s almost nothing like it. Conversion of a thought into something that’s tangible and real and of value is the magic of entrepreneurship, and to do it is a seminal learning experience,” he said.

The Big Idea prize winners will proceed into the Blast Furnace student accelerator beginning in May to further develop their ideas with the goal for some of creating startup companies around their ideas.

The winning Swanson School of Engineering teams include: 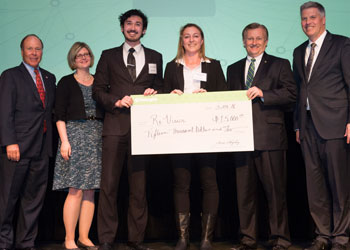 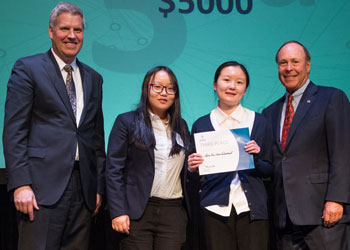 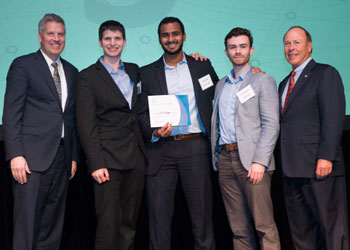 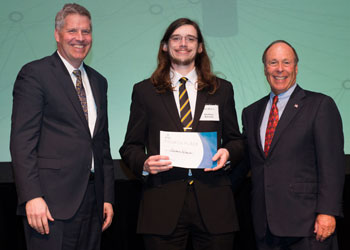 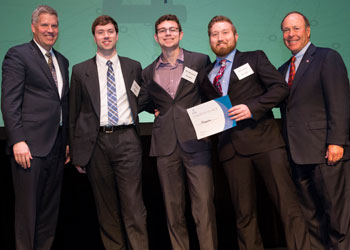 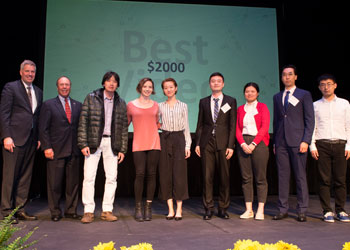