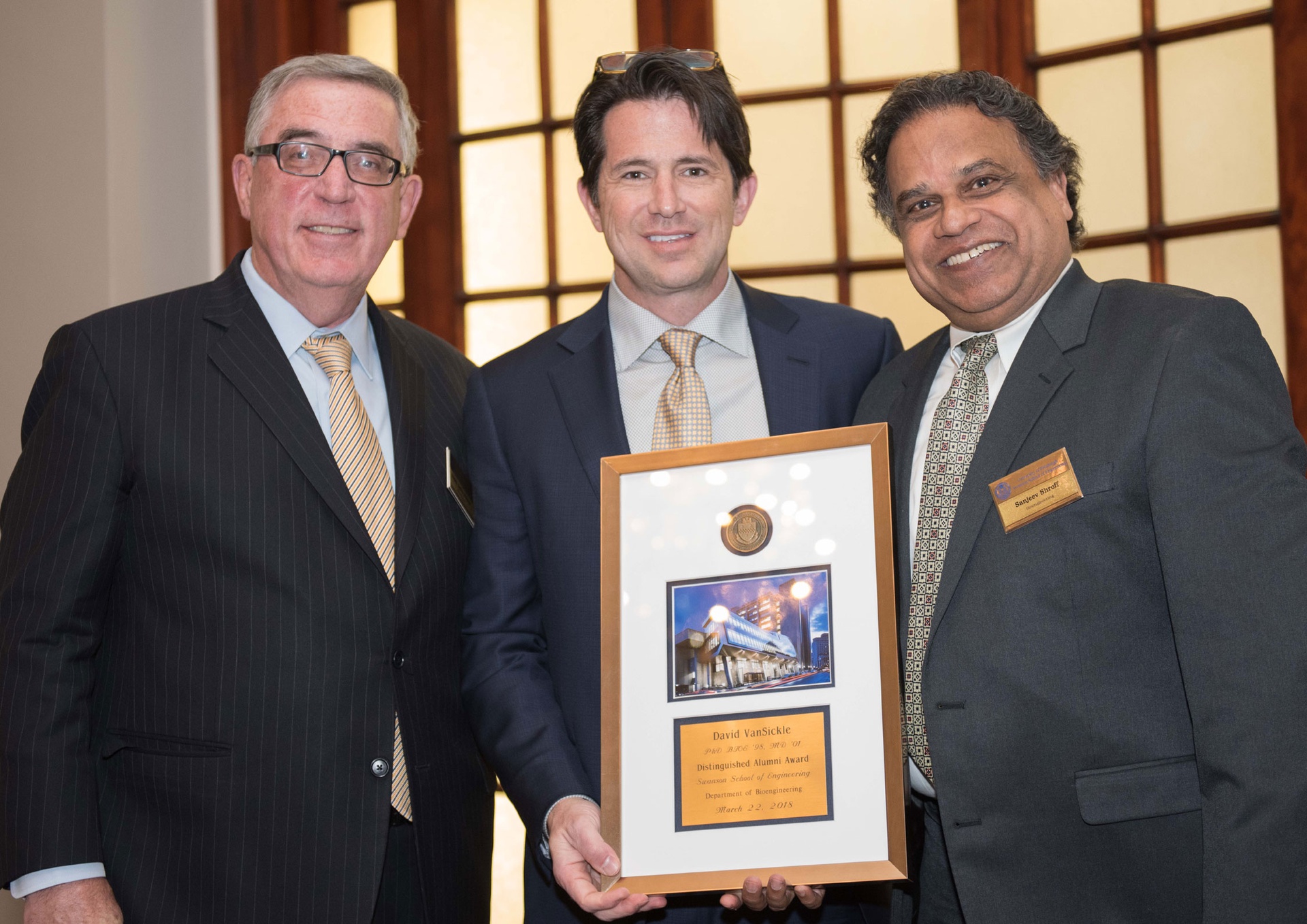 This year’s recipient for the Department of Bioengineering is David VanSickle, PhD BIOE ’98, MD ’01, Founder of South Denver Neurosurgery and Director of Denver DBS Center.

“In the very early days of the bioengineering program here at the Swanson School, David joined Pitt from California State University at Sacramento along with Dr. Rory Cooper. Together they would establish what would become one of Pitt’s most innovative and life-changing programs – the Human Engineering Research Laboratories (HERL),” said Dean Holder. “Today, HERL has gained international recognition and awards for technologies that help the lives of differently abled people, especially our wounded veterans.”

Dr. David VanSickle earned a PhD in Biomedical Engineering at the University of Pittsburgh in 1998 and an MD in 2001.

Originally coming to Pittsburgh with Dr. Rory Cooper in December 1993, Dr. VanSickle co-founded the Human Engineering Research Laboratories (HERL). To get the lab off the ground, he drove one of two trucks of laboratory equipment from Dr. Cooper’s lab at California State University in Sacramento to Pittsburgh, towing his car behind.

After graduating from Pitt medical school, Dr. VanSickle pursued a career in neurosurgery and completed a six-year neurosurgery residency at the University of Colorado Health Sciences Center. He is board-certified by the American Board of Neurological Surgery and is a fellow of the American Association of Neurological Surgeons. He has authored numerous peer-reviewed journal articles.

For the past 10 years, Dr. VanSickle has been in private practice as a founding member of South Denver Neurosurgery located on the campus of Littleton Adventist Hospital, a Level II trauma center. While providing trauma and general neurosurgery care, his practice has strong emphasis on deep brain stimulation (DBS). This therapeutic system consists of placing electrodes into target areas of the brain to modify disease states such as Parkinson’s disease, essential tremor, obsessive compulsive disorder, or dystonia.

Dr. VanSickle is married with two children residing in Denver.