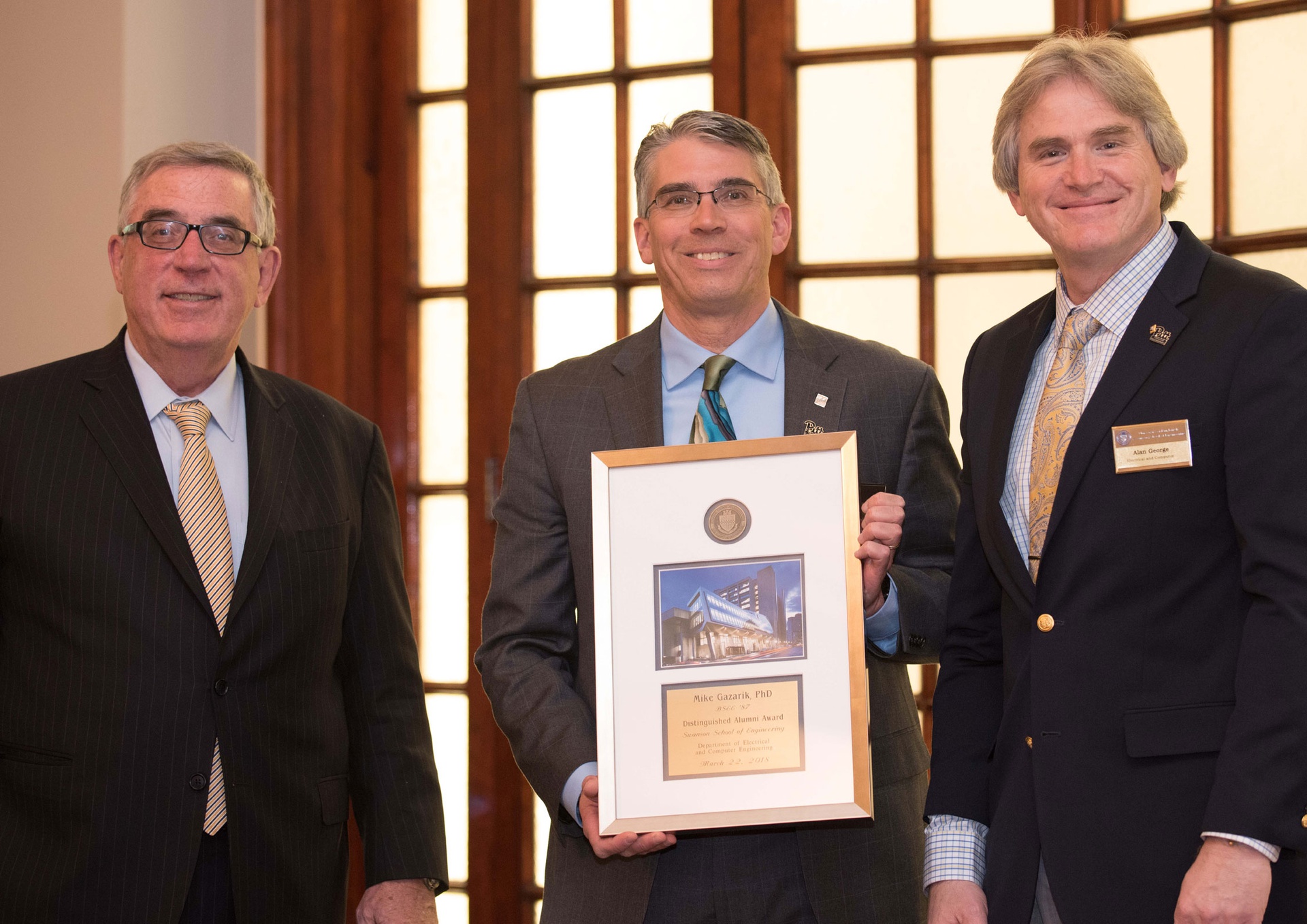 This year’s recipient for the Department of Electrical and Computer Engineering is Mike Gazarik, PhD, BSEE ’87, Vice President of Engineering at Ball Aerospace & Technology Corporation.

“One of Mike’s many awards from NASA is the ‘Silver Snoopy Award,’” said Dean Holder. “An astronaut always presents the Silver Snoopy because it is the astronaut’s own award for outstanding performance, contributing to flight safety, and mission success. Less than one percent of the aerospace program workforce receives it annually, making it a special honor to receive.”

Dr. Gazarik joined Ball Aerospace & Technology Corporation in March 2015 as Vice President of Engineering. He provides overall strategic and operational leadership of the organization, which includes all engineering disciplines as well as manufacturing, test, supply chain management, facilities, independent research and development, and intellectual property. Prior to this position, he served as Technical Director and worked to align Ball’s technology development with business development and growth strategies.

Before joining Ball, Dr. Gazarik worked at NASA headquarters in Washington, D.C. as Associate Administrator for the Space Technology Mission Directorate. He has more than 25 years of experience in the design, development, and deployment of spaceflight systems, and he has contributed to the development of technology with applications to NASA’s exploration, space operations, and science missions. While overseeing the Space Technology Mission Directorate at NASA headquarters, he led the rapid development and incorporation of transformative technologies that enable missions and address the nation’s aerospace community’s most difficult challenges.

Earlier in his career, Dr. Gazarik served as Deputy Director for programs at NASA’s Langley Research Center in the Engineering Directorate. He led the development of an infrared camera for the Space Shuttle that allowed the astronauts to inspect the Shuttle while in orbit and led the development of entry, descent, and landing instrumentation on the Mars Science Laboratory that made the first measurements of flying and landing on Mars. Prior to joining NASA, he served as Project Manager for the Geosynchronous Imaging Fourier Transform Spectrometer project at the Massachusetts Institute of Technology’s Lincoln Laboratory. In the private sector, he worked on software and firmware development for commercial and government applications, including telecommunications and signal processing.

Dr. Gazarik is an Associate Fellow of the American Institute of Aeronautics and Astronautics and a member of the Engineering Advisory Board for the University of Colorado Aerospace Sciences Department and the University of Arizona’s College of Engineering. He has received numerous awards including NASA’s Outstanding Leadership Medal and a Silver Snoopy Award, one of NASA’s highest honors.