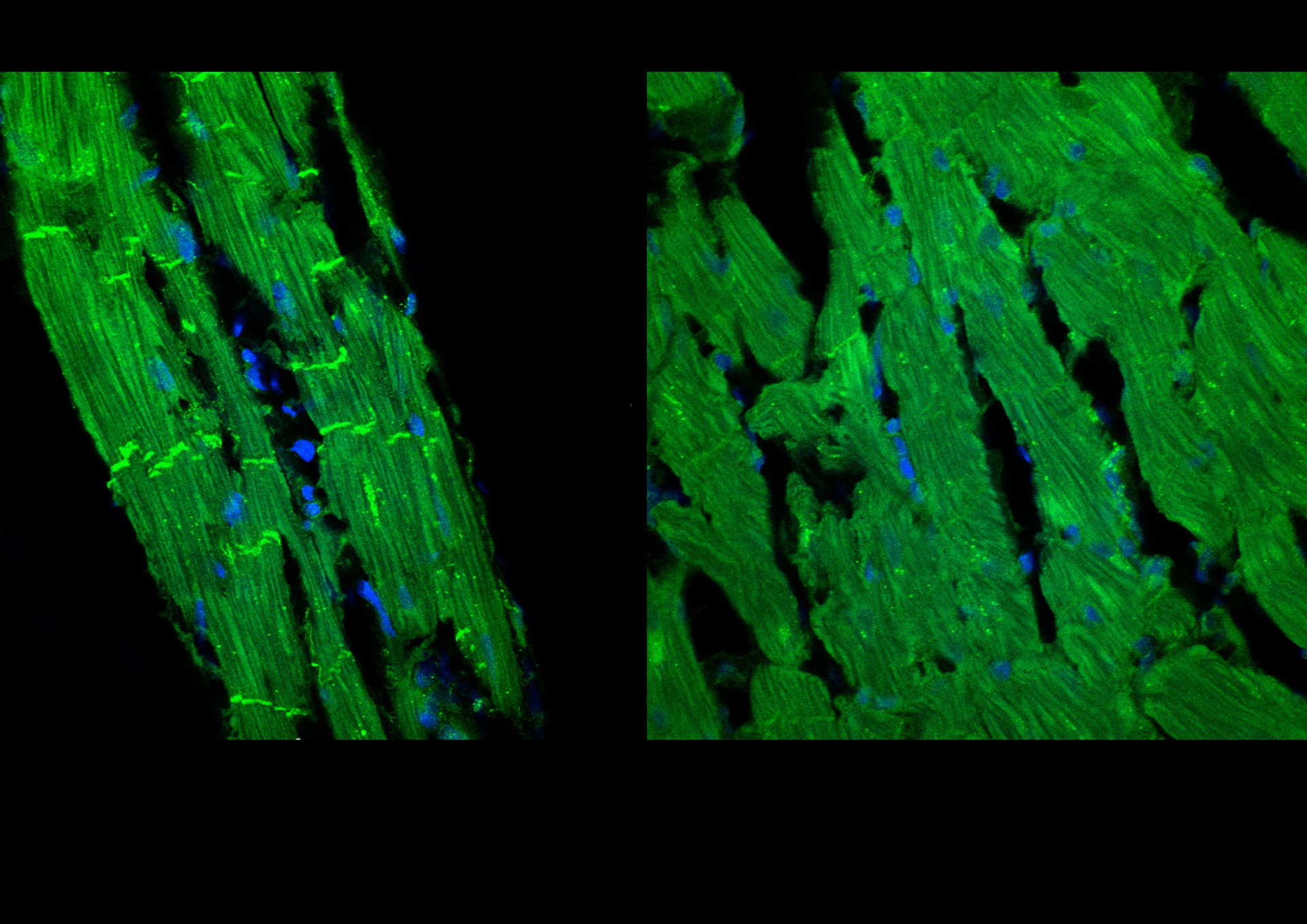 Pitt researchers detail the interplay between relaxin and Wnt signaling, noting its positive effects on an aging heart

PITTSBURGH (Jan. 6, 2020) … As a healthy heart ages, it becomes more susceptible to cardiovascular diseases. Though researchers have discovered that relaxin, an insulin-like hormone, suppresses atrial fibrillation (AF), inflammation, and fibrosis in aged rats, the underlying mechanisms of these benefits are still unknown. In a recent Scientific Reports paper, University of Pittsburgh graduate student Brian Martin discusses how relaxin interacts with the body’s signaling processes to produce a fundamental mechanism that may have great therapeutic potential.

The study, “Relaxin reverses maladaptive remodeling of the aged heart through Wnt-signaling” (DOI: 10.1038/s41598-019-53867-y) was led by Guy Salama, professor of medicine at Pitt, and Brian Martin, a graduate student researcher from the Swanson School of Engineering’s Department of Bioengineering.

“Relaxin is a reproductive hormone discovered in the early 20th century that has been shown to suppress cardiovascular disease symptoms,” said Martin. “In this paper, we show that relaxin treatment reverses electrical remodeling in animal models by activating canonical Wnt signaling - a discovery that reveals a fundamental underlying mechanism behind relaxin’s benefits.”

A better understanding of how relaxin interacts with the body may improve its efficacy as a therapy to treat cardiovascular disease in humans. As the U.S. population ages, the rates of these age-associated diseases are expected to rise, requiring better treatment for this leading cause of death. According to a report from the American Heart Association, the total direct medical costs of cardiovascular disease are projected to increase to $749 billion in 2035.

“A common problem in age-associated cardiovascular disease is altered electrical signaling required for proper heart contraction,” Martin explained. “When ions in the heart and their associated channels to enter or exit the heart are disrupted, complications occur.”

“Natural, healthy aging has been shown to be accompanied by changes in structure and function,” Salama added. “For example, aged cardiomyocytes start to express embryonic contractile proteins and fewer voltage-gated Na+ channels by unknown mechanisms. The reversal of some aspects of the aging process by relaxin is mediated by the reactivation of Wnt canonical signaling which may partly explain mechanisms of the aging process.”

The group’s study found that relaxin upregulated the prominent sodium channel, Nav1.5, in cells of heart tissue via a mechanism inhibited by the Wnt pathway inhibitor Dickkopf-1.

“Wnt signaling is thought to be active primarily in the developing heart and inactive later in life,” Martin said. “However, we show that relaxin can reactivate Wnt signaling in a beneficial way to increase Nav1.5.”

Increased Nav1.5 is associated with better electrical signaling in the heart may reduce susceptibility to cardiac rhythm disorders.

While these data provide new insight into relaxin’s mechanisms of action, further work is needed to understand the precise steps required for relaxin to alter Wnt signaling and if steps can be taken to directly alter Wnt signaling to provide its beneficial effects.