Taking Inventory of a Sustainable Campus

Jessica Vaden has sifted through a lot of data in the past two years, poring over spreadsheets that were so packed with information that they struggled to load. Among the data is detailed information about every department at the University of Pittsburgh, including the kind of travel modes taken and even how much paper was used.

“Excel has become my best friend,” she joked. 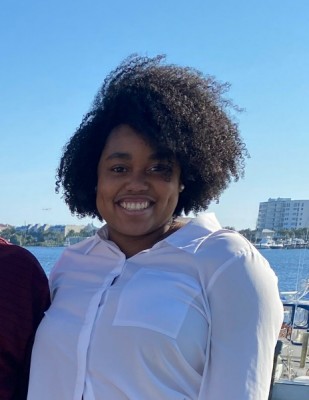 Vaden is a third year PhD student in Melissa Bilec’s Built Environment and Sustainable Engineering Group and the Mascaro Center for Sustainable Innovation (MCSI) at the University of Pittsburgh. For the second year in a row, she has been tasked with completing Pitt’s Greenhouse Gas (GHG) Inventory, an overview of Pitt’s greenhouse (GHG) emissions as it works toward carbon neutrality by 2037.

The GHG Inventory for Pitt’s 2020 fiscal year (FY20, tracking emissions from July 1, 2019 to June 30, 2020), shows that Pitt is well on its way to meeting this goal: GHG emissions were reduced by 31.9 percent compared to FY08, the first year the inventory was completed, and reduced by 13.6 percent from FY19.  This work has been financially supported by MCSI and Pitt’s Office of Sustainability.

“Pitt’s now annual greenhouse gas inventorying process is incredibly important in helping the Carbon Commitment Committee and other University bodies evaluate how we’re reducing GHG emissions campus-wide – and plan for where we might need to focus more attention in going forward so we reach carbon neutrality for the Pittsburgh campus by 2037,” said Aurora Sharrard, director of sustainability at Pitt, who noted that the FY19 Inventory was the springboard for the forthcoming Pitt Climate Action Plan.

“Working with graduate students like Jessica to collect and analyze the data is a strong part of the process; as the inner workings of the University are usually new to them, fresh eyes help ensure we have all the right information and newest approaches.”

According to the inventory, the Pittsburgh campus emitted 186,068 metric tons of carbon dioxide in FY20, with the largest decrease resulting from decreased commuting, travel, and study abroad during the pandemic. For this inventory, only 3.5 months of COVID-19 impacts were included, due to FY20 timing. Beyond COVID-19’s impacts, the FY20 report also showcases the effects of other University sustainability efforts.

“When we look at this year’s numbers compared with our 2008 baseline, we see a really big drop-off,” Vaden noted. “We’re on the right track.”

“My research group and I completed our first GHG inventory for FY08, not knowing how or if the University would use the data,” said Melissa Bilec, William Kepler Whiteford Professor and co-director of the Mascaro Center for Sustainable Innovation. “Now, with FY20, we have completed six inventories, and the University is making strategic decisions and investments with this information to meet our 2037 climate goals of carbon neutrality.”

The largest source of Pitt’s GHG emissions is from its electricity use, accounting for 45.5 percent of emissions. However, in FY20, campus-wide electricity usage decreased 6.5 percent despite adding 81,620 square feet to its campus footprint. Renewables accounted for 21 percent of this energy usage (up slightly from the previous year), which contributed to a 39 percent reduction in GHG emissions from electricity since FY08.

One change from previous years was using SIMAP’s Market-Based method to estimate Scope 2 GHG emissions, which is recommended for all higher education GHG inventories. In previous years, Pitt has used its custom fuel mix provided by its electric suppliers; FY20 marks the switch to the recommended method.

Another factor in this year’s reduction in GHG emissions is something that was once ubiquitous on a college campus: paper. Decreases in consumption and an ongoing shift to carbon neutral and recycled paper led to the lowest ever GHG emissions from paper use; it accounts for just 0.27 percent of total emissions.

“There’s still a lot of paper use at Pitt, but switching to paper that doesn’t count toward GHG emissions has made a huge impact,” said Vaden, who noted the increased use of carbon neutral TreeZero Paper made entirely of sugarcane waste fiber.

Unpacking the environmental impacts of paper usage isn’t exactly what Vaden imagined herself doing when she was pursuing her undergraduate degree in chemical engineering at the University of Maryland Baltimore County. But after gaining experience there working with environmental research as a Meyerhoff Scholar, Vaden met Melissa Bilec through Pitt STRIVE and decided to join her Pitt research group. She is currently pursuing a PhD in civil and environmental engineering.

“I feel honored to work with talented students, and especially grateful to work with Jessica Vaden on these last two reports,” noted Bilec. “Jessica has developed valuable skills while learning deeply about our institution.”

“I knew working in chemical engineering wasn’t a fit, because I’d rather be out in the field doing research than working in a lab,” said Vaden. “But if you asked me in undergrad what I’d be doing now, I would’ve thought I would be struggling. Instead, I’m so glad I’ve found this side of engineering.”

Taking Inventory of a Sustainable Campus