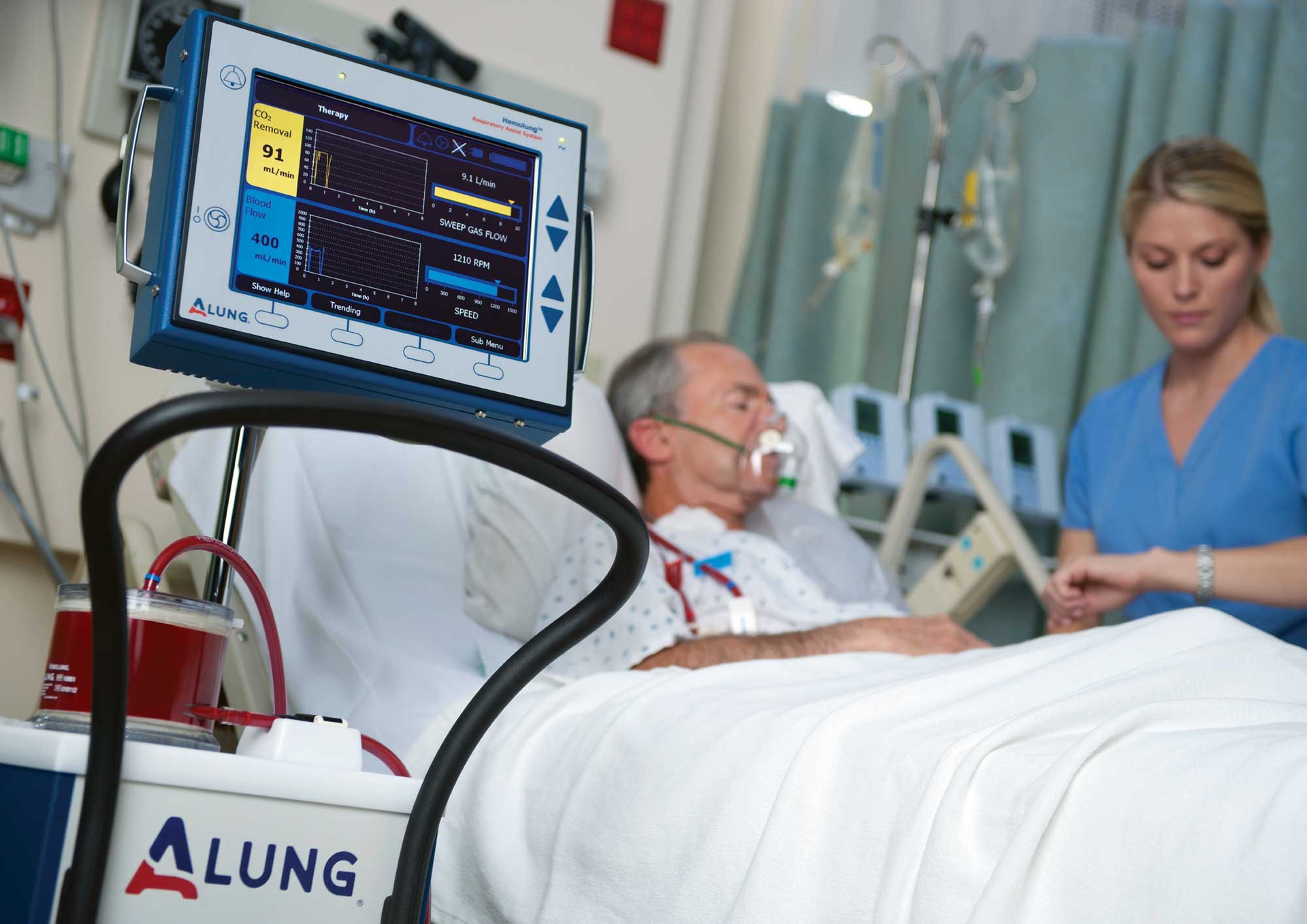 “The achievement of FDA approval for initiation of the VENT-AVOID Trial is an important milestone towards making the Hemolung RAS and ECCO2R therapy available to US patients and their physicians,” said Peter DeComo, Chairman and CEO of ALung. “We believe that there is great potential for the Hemolung technology to facilitate ventilator avoidance, resulting in improved clinical outcomes and a lower cost of care through a reduction in length of stay in the intensive care unit.”

The VENT-AVOID Trial is a prospective, multi-center, randomized, controlled, pivotal trial to validate the safety and efficacy of the Hemolung Respiratory Assist System for COPD patients experiencing an acute exacerbation requiring ventilatory support. Forty hospitals will enroll up to 800 patients in the trial. The study protocol is built around a state of the art adaptive statistical plan which will allow for PMA submission when early success criteria are reached, potentially with as few as 300 patients enrolled. COPD patients suffering severe exacerbations will be eligible for the study if they are either 1) failing non-invasive ventilation and presenting a high risk of being intubated and mechanically ventilated or 2) have required intubation and invasive mechanical ventilation due to acute respiratory failure. Serving as the study principal investigator is Dr. Nicholas Hill, MD, Chief, Division of Pulmonary, Critical Care and Sleep Medicine at Tufts Medical Center. Dr. Hill is an international leader in pulmonary critical care medicine, having led studies which established non-invasive ventilation as the standard of care for COPD exacerbations.

In addition to the US-based VENT-AVOID study, The Hemolung RAS is also being studied in a landmark pivotal study for patients with acute respiratory distress syndrome (ARDS) as part of the 1,120-patient REST Trial in the United Kingdom. “Our commitment to clinical science runs very deep,” added Mr. DeComo. “We will soon be the only company participating in not just one, but two major pivotal trials validating the safety and efficacy of extracorporeal carbon dioxide removal therapy provided by the Hemolung RAS.”

ALung worked collaboratively with the FDA under its Expedited Access Pathway (EAP) program to obtain IDE approval. The Expedited Access Pathway is a new FDA program aimed to facilitate more rapid patient access to breakthrough technologies intended to treat or diagnose life-threatening or irreversibly debilitating diseases or conditions. ALung will continue to collaborate with the FDA during study enrollment and through the PMA process.

COPD affects 30 million Americans1 and is the third leading cause of death in the United States behind cancer and heart disease.2 Acute exacerbations, defined as a sudden worsening of COPD symptoms, are a major cause of morbidity and mortality in COPD patients. For patients with severe exacerbations, high levels of carbon dioxide can result in respiratory failure and the need for intubation and mechanical ventilation as life saving measures. Unfortunately, mechanical ventilation is associated with many side effects, and in-hospital mortality remains as high as 30%. ECCO2R therapy with the Hemolung RAS allows carbon dioxide to be removed from the blood independently of the lungs with the aim of facilitating the avoidance or reduction of intubation and invasive mechanical ventilation.

ALung was founded in 1997 by Dr. William Federspiel, Professor of Bioengineering at the University of Pittsburgh, and the late Dr. Brack Hattler, a renowned cardiothoracic surgeon. Dr. Federspiel and his team at the University’s Medical Devices Laboratory, part of the McGowan Institute for Regenerative Medicine, developed the original Hemolung technology which was subsequently licensed by ALung for commercial development. The Hemolung RAS has been approved outside of the United States since 2013 and is commercially available in major European markets.

About ALung Technologies
ALung Technologies, Inc. is a privately-held Pittsburgh-based developer and manufacturer of innovative lung assist devices. Founded in 1997 as a spin-out of the University of Pittsburgh, ALung has developed the Hemolung RAS as a dialysis-like alternative or supplement to mechanical ventilation. ALung is backed by Philips, UPMC Enterprises, Abiomed, The Accelerator Fund, Allos Ventures, Birchmere Ventures, Blue Tree Ventures, Eagle Ventures, Riverfront Ventures, West Capital Advisors, and other individual investors.

This press release may contain forward-looking statements, which, if not based on historical facts, involve current assumptions and forecasts as well as risks and uncertainties. Our actual results may differ materially from the results or events stated in the forward-looking statements, including, but not limited to, certain events not within the Company’s control. Events that could cause results to differ include failure to meet ongoing developmental and manufacturing timelines, changing GMP requirements, the need for additional capital requirements, risks associated with regulatory approval processes, adverse changes to reimbursement for the Company’s products/services, and delays with respect to market acceptance of new products/services and technologies. Other risks may be detailed from time to time, but the Company does not attempt to revise or update its forward-looking statements even if future experience or changes make it evident that any projected events or results expressed or implied therein will not be realized.