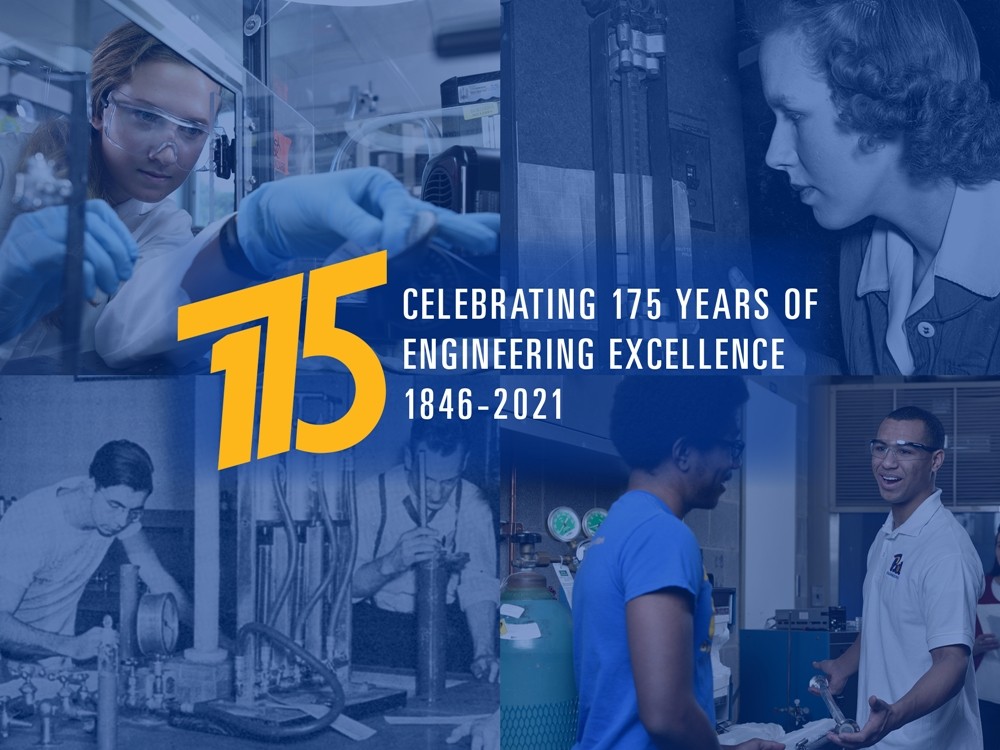 Telling the Stories of a 175-Year-Old School

For its 175th Anniversary, the Swanson School of Engineering Tells its Story Through its Alumni

The story of an engineering school is the story of the thousands of students who walked its halls, who learned and experienced and grew into professionals who would leave their mark on the world.

At the University of Pittsburgh, the stories of countless students over 175 years comprise the history of the Swanson School of Engineering. The 175th Anniversary Oral History Project, led by a small team of faculty, staff, and graduate students from the Swanson School and Department of English, provides an auditory window into 40 stories thus far—and growing.

“It’s amazing thinking about the little moments in history that might otherwise be lost,” said  Erin Anderson, who is an audio producer, documentary artist and assistant professor in Pitt’s Writing Program and part of the team. “That’s what oral history does really well.”

The idea was sparked when Mary Bestefield-Sacre, associate dean for academic affairs and Nickolas A. DeCecco Professor at the Swanson School, and Distinguished Service Professor and Interim Chair of the Department of Industrial Engineering Larry Shuman encountered Anderson’s work through an audio installation at the ACCelerate Creativity and Innovation Festival at the Smithsonian Museum of Natural History in D.C.

“It was serendipitous—Larry and I were trying to find a way to capture and share the great stories of our alumni when we came across Erin’s work,” said Bestrefield-Sacre. “There were a lot of alumni who wanted to donate their time and their stories, and those stories are history we cannot lose.”

Anderson worked with MFA students in Pitt’s English Department—Noelle Mateer, Susan Scott Peterson and Joshua Palmer—to find and record stories from alumni near and far. When the project began in January 2020, the group was prepared to travel the country to meet with alumni in person and record their tales. The pandemic, however, upended those plans, and the team had to radically change directions.

“When it seemed like it was going to only be a few weeks, we wanted to wait and see. We had just gotten all new equipment and were ready to go,” said Anderson. “But at a certain point, we knew we needed to do something else.”

Though the conversations had to take place over Zoom and cell phones, rather than in living rooms, the interviews still felt intimate. The questions meandered throughout the alumni’s time at Pitt and in their later careers, but they almost always began at the very beginning.

“We started with their early life—parents, childhood, everything,” said Anderson. “It took people a little aback.”

The lengthy interviews—some lasting over three hours—will all be donated to the Pitt Archives. But the edited vignettes that distill the conversation, dropping the listener right into the center of the story and artfully letting it unfold, are housed on the Swanson School website.

Marvin Perry Jones (‘59), who came to Pitt from rural Virginia, where he was born in 1934 and grew up on his grandfather’s farm dreaming of someday flying airplanes.

Distinguished Professor Anna Balazs, who was born in Budapest, Hungary in 1953 and fled the country with her parents in 1956 when Russian tanks invaded Budapest during the Hungarian Revolution.

Elayne Arrington, the first Black woman to graduate from the University of Pittsburgh’s School of Engineering with a degree in aeronautical engineering.

John Swanson (‘66), the Swanson School’s namesake, who began his engineering career at Westinghouse, where he worked on the NERVA nuclear rocket program and learned computer programming—a skill he would apply to his PhD dissertation research in applied mechanics at Pitt in the late 1960s.

Carol Christobek (‘77), who was named “Man of the Year” by the Omicron Delta Kappa honor society.

Thanks to the Art of the Interview class led by Anderson, the stories of graduating seniors will soon join the collection. Anderson’s students, primarily English writing majors, were paired with graduating engineering students from across the engineering disciplines to capture their stories for posterity. The full interviews will be housed in the archives, and the finished vignettes will be added to the Swanson School website alongside the alumni and faculty stories.

“Listening to all of these stories, you just realize how much has changed, how far we’ve come as an engineering school, and as engineers,” said Besterfield-Sacre. “I look forward to the incredible tales our current and future students will add to our collective story.”

Telling the Stories of a 175-Year-Old School