The Business of Bees

The Economic Value of Insect Pollination Services is Much Higher than Previously Thought in the U.S., New Research Finds 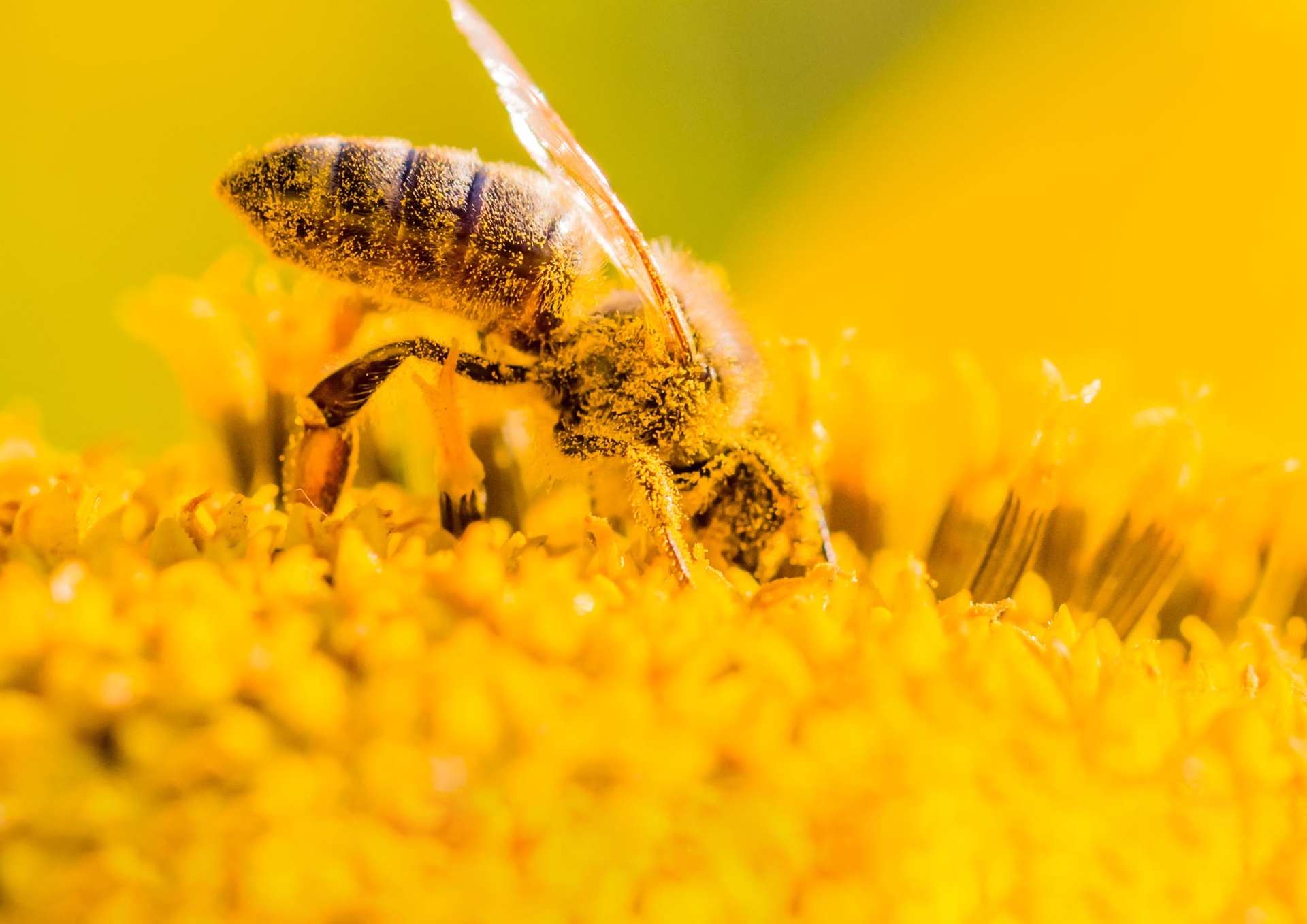 The economic value of insect pollinators, like this bee, was $34 billion in the U.S. in 2012, much higher than previously thought, according to researchers at the University of Pittsburgh and Penn State University. (Credit: Shutterstock)

PITTSBURGH (Feb. 3, 2021) — The economic value of insect pollinators was $34 billion in the U.S. in 2012, much higher than previously thought, according to researchers at the University of Pittsburgh and Penn State University. The team also found that areas that are economically most reliant on insect pollinators are the same areas where pollinator habitat and forage quality are poor.

But some of those busy little bees are headed for crisis—one-third of managed honey bee colonies die each winter in the U.S., and populations of many wild pollinator species are showing declines as well.

Using publicly available price and production data and existing pollination field studies, the team determined economic dependence of U.S. crops on insect pollination services at the county level, as well as areas where the habitat for wild pollinators has been reduced. One key finding is that the economic value that is dependent on insect pollination totaled $34 billion in 2012, much higher than previously thought. The team looked at 2012 because it was the most recent year for which data were available.

“The value of insects as part of our economy is apparent when you look at the well-established connection between farming and beekeeping. Farmers sometimes will buy or rent bee colonies to help pollinate their crops when there aren’t enough wild bees in the area,” said Khanna. “We’ve found that some of the areas that are economically most reliant on insect pollinators are the same areas where pollinator habitat and forage quality are poor.”

The researchers found that 20 percent of U.S. counties produce 80 percent of total economic value that can be attributed to wild and managed pollinators. Their findings will inform conservation efforts and ensure sustainable production of key crops.

They also identified the key areas that produce economically and nutritionally valuable crops and are highly dependent on pollinators—areas that are at risk if wild pollinator populations continue to decline. By overlaying maps of predicted wild bee abundance, the researchers could identify areas where there was high economic dependence on pollinators but low predicted abundance of pollinators.

The research suggests a need for farmers to mitigate the shrinking bee populations by providing a more suitable habitat for the insects to thrive.

“Our study showcases the increasing importance of pollinators to supporting U.S. agricultural systems, particularly for the foods that are vital for healthy diets, like fruits, vegetables and nuts,” says Christina Grozinger, Publius Vergilius Maro Professor of Entomology and director of the Center for Pollinator Research at Penn State.

The paper, “Economic Dependence and Vulnerability of United States Agricultural Sector on Insect-Mediated Pollination Service,” (DOI: 10.1021/acs.est.0c04786) was published in the journal Environmental Science & Technology. Other authors on the paper include Alex Jordan, graduate student at Pitt, and Harland Patch, assistant research professor at Penn State.

The research was funded by the National Science Foundation.

The Business of Bees