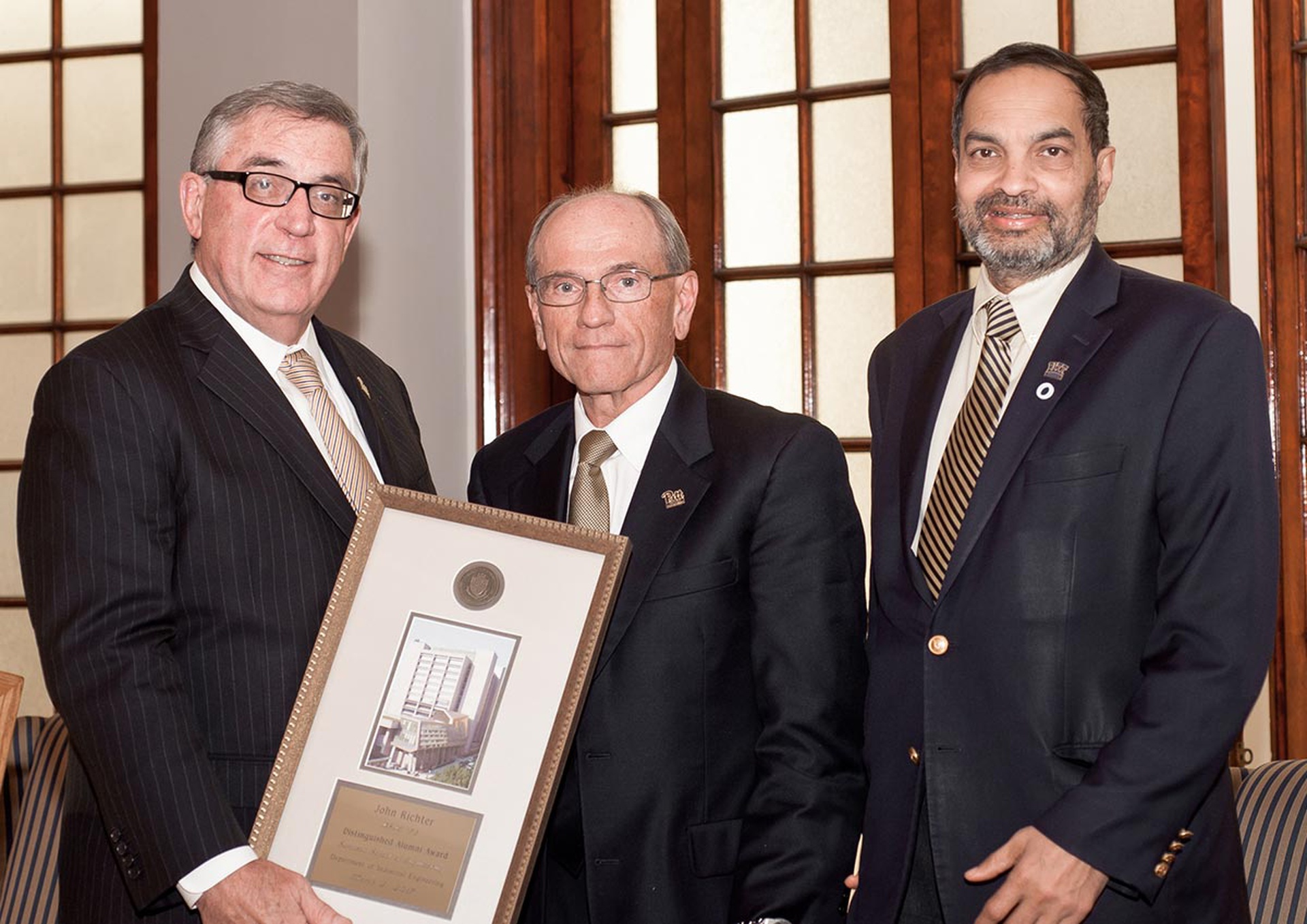 “After earning his bachelor’s degree in industrial engineering from Pitt, John would embark upon a successful and global career at PPG Industries,” Dean Holder said. “Like the quintessential engineer who continually builds upon his knowledge, John started in coatings and resins, supply chain and process engineering, leading toward his jump to Valspar Highpoint Plant Manager. From there, his expertise would have an impact throughout PPG’s coatings divisions, first in the U.S. and later, around the globe at 42 plants as well as warehouses and distribution chains.”

About John Richter
John Richter graduated with his BS in industrial engineering in 1975. He became a manufacturing professional with extensive global experience in organizational structures, plant operations and supply chains, with a strong emphasis on environment, health and safety. He served as PPG Vice President, Asia Pacific Coatings Operations from 2011 to 2016. He was responsible for the supply chains and manufacturing plants for the seven coatings businesses through Asia Pacific and India.

Richter became Valspar Highpoint plant manager in 1993, where he was responsible for the daily operation of a coatings manufacturing plant. In 1995 he was appointed PPG sr. engineering consultant and then PPG Springdale Plant Manager, Industrial Coatings. This plant remains the primary production site for Harley Davidson, Titleist, JEG lifts and steel and aluminum coil coatings. Richter quickly became the PPG Manufacturing Director, Industrial Coatings in Pittsburgh, PA, responsible for the seven manufacturing plants that produced industrial coatings products in North America, Europe, Australia and China. He was appointed PPG Global Operations Director, OEM Coatings in 2003, responsible for the 42 plants around the world, the warehouses that support the plants and the distribution of finished goods.