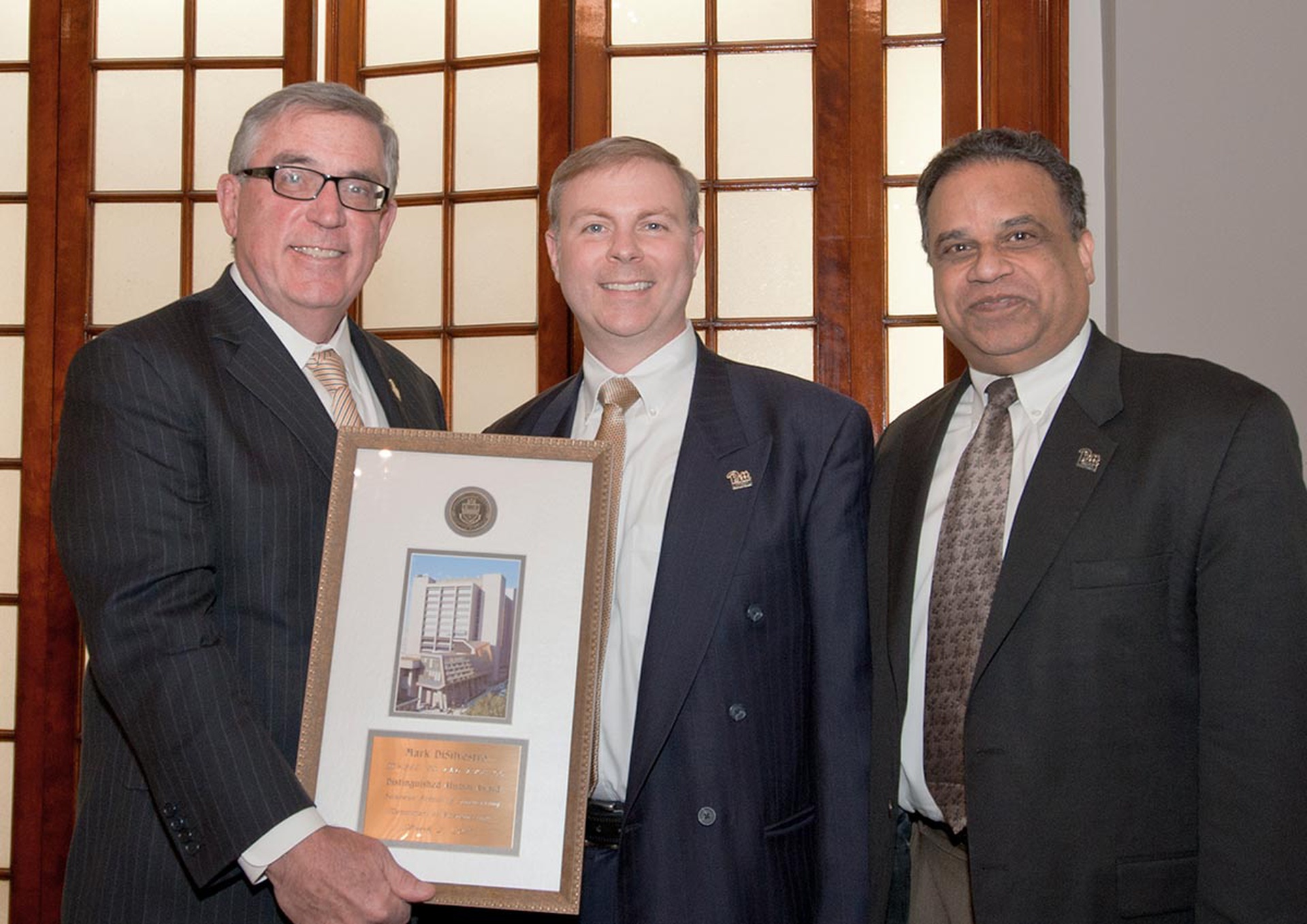 This year’s recipient for the Department of Bioengineering was Mark DiSilvestro, MSBEG ’99, PhD BIOE ’00, COO of Cases By Source and President of Vista Management Consulting LLC.

“Despite Bioengineering being our newest department, its alumni have had truly outstanding successes,” said Dean Holder. “Mark earned both his master’s and PhD in bioengineering from Pitt and since then has established himself in the medical device industry, first at the startup Tissue-Informatics, and later as an R&D specialist. His career has truly been interdisciplinary and is an example how an engineer can play a critical role in translational research, operations and business development.”

About Mark DiSilvestro
Dr. Mark DiSilvestro earned both an MS and a PhD in bioengineering from the University of Pittsburgh in 1999 and 2000, respectively. He was a member of the Musculoskeletal Research Center where he was a Whitaker Research Fellow. He earned his BS in biomedical engineering at Case Western Reserve University in 1996.

DiSilvestro has built a career in the medical device industry as a technical contributor in R&D and product development, as a manager of projects and teams and as an executive responsible for all business operations. He began by working at a startup company, TissueInformatics, as a principal scientist. He worked with a team that developed a high speed imaging device for scanning histology slides and creating digital montages of tissue sections that were characterized using novel algorithms. DePuy Orthopaedics, a Johnson & Johnson company, recruited DiSilvestro in 2001. He began with DePuy as a senior engineer in sensors and electronic technologies and was promoted first to staff engineer and then to Manager of Global Concept Development.

After leaving Depuy, he went to Becton Dickinson where he developed a global project prioritization process integrated with the company’s change management process which achieved $3 million in annualized cost reductions in its first year. He continued his management role when he left Becton Dickinson to join Medin Corporation in 2008. By 2013, DiSilvestro was promoted to COO and was responsible for all operations of the business.

In 2009, DiSilvestro started his own consulting company, Vista Management Consulting LLC. As president, he oversees projects ranging from performing mechanical analysis of structures for design optimization to organizational assessments and recommendations for hiring and process improvements. He was recruited to Cases By Source in 2016, and he is currently the COO.