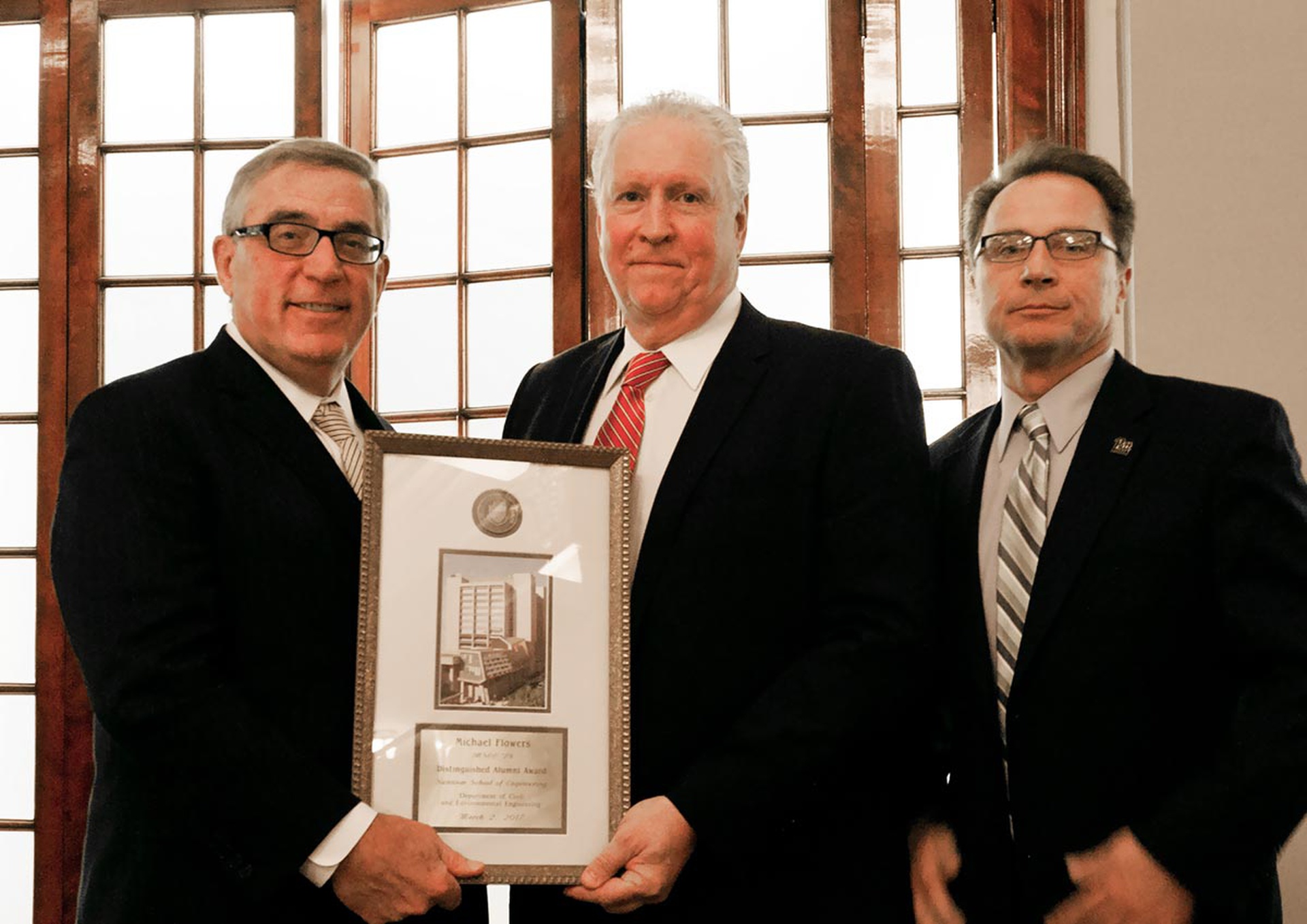 This year’s recipient for the Department of Civil and Environmental Engineering was Michael Flowers, MSCE ’78, retired, President and CEO, American Bridge Company.

“Civil engineering was the first engineering program established at Pitt 150 years ago, and so our civil engineering alumni have influenced the field for generations,” said Dean Holder. “Of course, one of civil engineering’s most important, historic accomplishments and contributions to society has been building bridges to connect one land mass to another. Michael Flowers, represents that strong tradition.”

About Michael Flowers
Michael Flowers received his MS in civil engineering from the University of Pittsburgh in 1978 and his BS in civil engineering from West Virginia University in 1974. He joined American Bridge Company in 1975 as a design engineer in the Pittsburgh Regional Engineering office. In the early years of his career, he worked on the repair and maintenance of a variety of steelmaking facilities for American Bridge’s parent United States Steel Corporation.

In 1978, Flowers was assigned to a business unit in American Bridge responsible for major commercial construction projects in the United States, working on both high-rise buildings and bridges. His projects included Phase II of the Renaissance Center in Detroit, MI, One Mellon Bank Center, PPG Place and Fifth Avenue Place buildings in Pittsburgh, PA; and a total reconstruction of the Riverside Drive Viaduct in New York City.

In 2006, Flowers became the project director for the American Bridge-led joint venture building the new $1.9 billion San Francisco-Oakland Bay Self-Anchored-Suspension Bridge in California. There he oversaw all aspects of the construction of this one-of-a kind suspension bridge project in the highly seismic Bay Area.

Flowers assumed CEO responsibilities of American Bridge in January of 2011. In his capacity as CEO, he led the company’s participation in joint venture wins for the new Queensferry Crossing, a three-tower cable stayed bridge over of the Firth of Forth in Edinburgh, Scotland, and the new Tappan Zee Hudson River Bridge in Tarrytown, NY. In June of 2016 he retired as president and CEO of American Bridge.