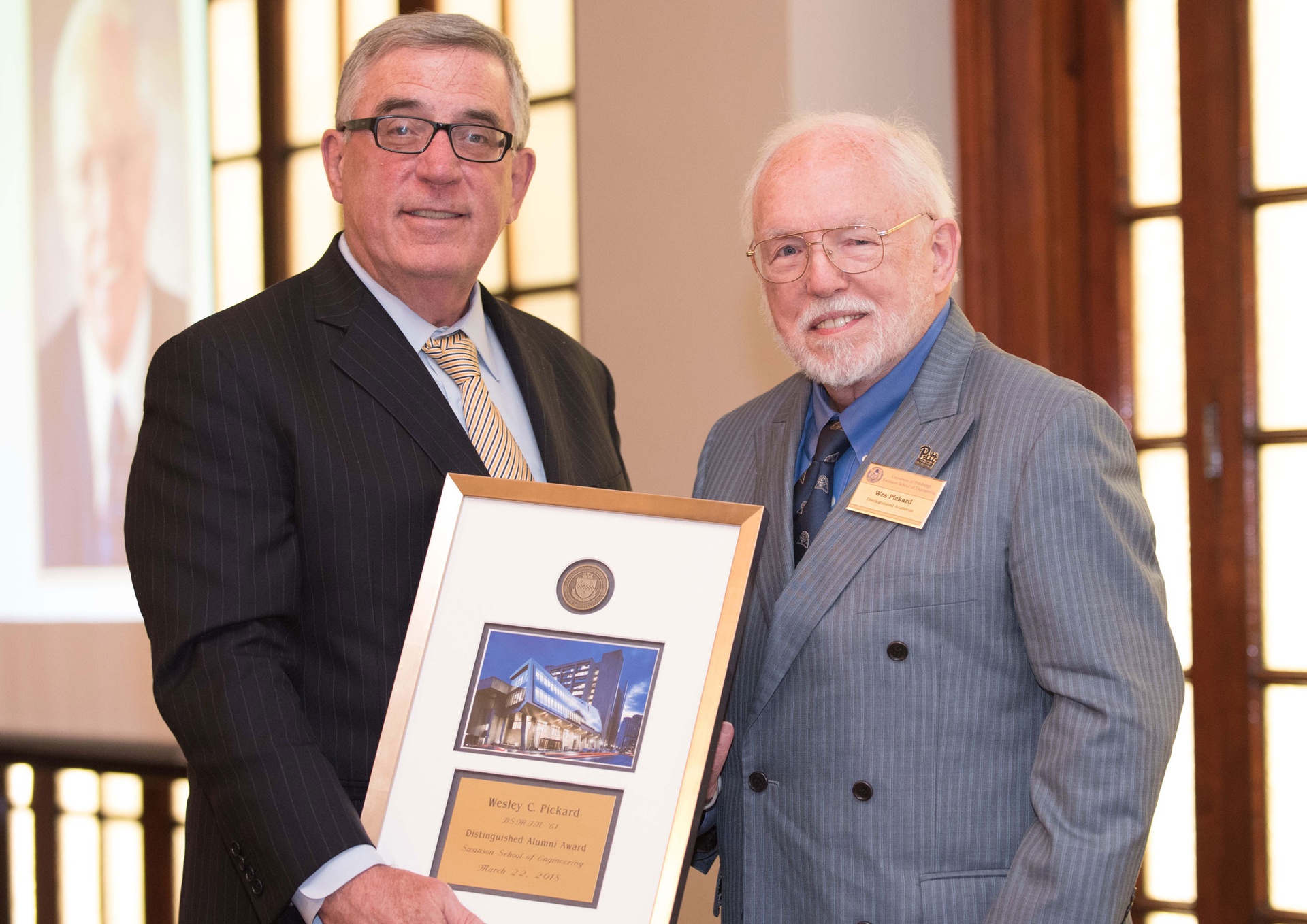 “Through his career, Wes has always found a commitment to community service, especially at Pitt,” said Dean Holder. “He has served on the board and executive committee of the alumni association and established a scholarship for students in Washington D.C. to attend Pitt. It has been my honor as dean to get to know Wes in this capacity, as well as for his generosity to the Swanson School and for his passion for student success in engineering.”

Wesley C. Pickard received his bachelor’s degree in Mining Engineering from University of Pittsburgh in 1961. He also holds a master’s degree in Mineral Economics from The Pennsylvania State University and an MBA from the University of Chicago, where he also completed coursework and exams for a PhD in economics. In 2000, the Penn State College of Earth and Mineral Science named Mr. Pickard a Centennial Fellow.

Mr. Pickard started his professional career at Bethlehem Steel Corporation as an Economic and Market Research Analyst. In 1972 he joined Synergy, Inc., a provider of strategic planning analysis and technology solutions for defense operations and logistics. Major clients of Synergy have included the U.S. Department of Energy, the U.S. Bureau of Mines, the Assistant Secretary of the Interior Energy and Materials, the U.S. Air Force, the U.S. Navy, the Environmental Protection Agency, and various other Department of Defense offices and agencies.

Mr. Pickard served many roles at Synergy including Chief Financial Officer throughout his entire 33-year tenure, as well as President, Vice Chair, Senior Vice President, and Chief Operating Officer. Pickard helped grow the company from five employees to more than 200, with revenues of approximating $25 million when the company was sold to IFC Consulting in 2005.

He is actively involved with the University of Pittsburgh and served as a Board Member of the Pitt Alumni Association (2007-2011) and on the Executive Committee (2007-2008). He also established a scholarship for Washington, D.C. area students who attend Pitt. In D.C., Mr. Pickard serves on the board of Resources to Inspire Students and Educators (RISE), which provides professional tutoring services for charter schools. At RISE he has held the positions of Chair and Treasurer. Mr. Pickard also serves on the board of Signature Theatre, which received the 2009 Tony Award for excellence in regional theater, and previously held the position of Board Treasurer.

In 2010 Mr. Pickard was named the University of Pittsburgh Department of Civil and Environmental Engineering Distinguished Alumnus. He also received the Pitt Volunteer of Excellence Award in 2012 and was named a “Significant Sig” in 2017 by Sigma Chi Fraternity. Finally, thanks to his strong philanthropic support of Pitt, Mr. Pickard was inducted into the Cathedral of Learning Society in April, 2016.