Following the successful Symposia held in Pittsburgh (May 2016) and Winnipeg (August 2015), the third Bamboo in the Urban Environment Symposium was held 7-9 March 2017 in Bogor Indonesia, just outside Jakarta.

The Symposia series was supported as part of a US-State Department and UK British Council-funded Global Innovation Initiative (GII) project that is supporting the development of bamboo as a sustainable and engineered alternative construction material. The group focuses on the use of bamboo in third-world countries where bamboo is a more sustainable, economical and structurally-sound construction material.

The Jakarta meeting, which brought together academic, private sector and civil society actors from 15 countries and territories, was jointly organized by the University of Pittsburgh Swanson School of Engineering, Bogor Agricultural University, Coventry University, and the International Bamboo and Rattan Organization (INBAR), a multilateral organization with 42 member states.

This third engagement saw strong engagement and commitment from Indonesia, with stakeholders from eight new institutions joining the symposium series. Speaking on behalf of the Government of Indonesia in his keynote address, Prof. Bambang Prastia, Head of the Indonesian Standards Agency, stated that Indonesia is paying high attention to develop bamboo for the construction sector as part of a broader strategy to standardize and build bamboo industry.

The meeting constituted five technical standards meetings and over twenty high quality technical presentations from among the approximately 55 invited delegates. The 2016 ‘Pittsburgh Declaration’ was unanimously reaffirmed at the closing section with new delegates signing on to this important global call to action.

Bamboo has a critical role to play in the provision of safe and affordable housing and could be a key contributor to greener urban environments worldwide. This strategic resource combines rapidly renewable properties, strength, and cost-effectiveness – making it an ideal building material and a potential driver of sustainable development in many parts of the world, particularly those where traditional materials such as concrete, steel and wood are economically unfeasible or geographically unavailable.

The case for bamboo is outlined in the ‘Pittsburgh Declaration’ – a global call to action that seeks to increase international recognition of the benefits of bamboo, and outlines recommendations designed to more effectively harness the plant as a building material. To ensure bamboo is harnessed more effectively and becomes a viable building material for the future, the Declaration makes several recommendations. A key consideration is the development of international standards (through the International Organization for Standardization - ISO) - the plant’s use in modern structures has been previously hampered by a lack of formal standards and codes. The Bogor, Pittsburgh and Winnipeg meetings focused on issues of standardization and have already resulted in considerable progress including:

“The Pittsburgh Declaration clearly demonstrates a growing consensus among experts on the need to harness bamboo as a building material,” says Oliver Frith, INBAR’s Global Programme Director. “Bamboo is a practical, cost-effective and sustainable option that will provide affordable, and as we have seen recently in Nepal and Ecuador, resilient and secure homes. The recommendations included in the Declaration are an important milestone and offer a framework to ensure the plant plays a more significant role in construction.”

“The international standardization process promulgated by the Declaration is instrumental to developing broad recognition of bamboo as an engineered construction material,” says Kent Harries, FACI, FIIFC, P.Eng., Associate Professor of Structural Engineering and Mechanics at Pitt’s Department of Civil and Environmental Engineering, GII PI and Symposium organizer. “Our continuing research at Pitt and other institutions have shown bamboo is one of nature’s perfect building materials, and is primed for greater international use. As the global population continues to increase and the threat of natural and climate disasters threaten greater numbers of people, bamboo is especially poised to become our go-to material for emergency shelters.”

The International Bamboo and Rattan Organisation (INBAR)
INBAR is an intergovernmental organization established in 1997 dedicated to improving the social, economic and environmental benefits of bamboo and rattan. INBAR plays a unique role in finding and demonstrating innovative ways of using bamboo and rattan to protect environments and biodiversity, alleviate poverty and facilitate fairer pro-poor trade. INBAR connects a global network of partners from the government, private, and not-for-profit sectors in over 50 countries to define and implement a global agenda for sustainable development through bamboo and rattan.

INBAR Construction Taskforce
The bamboo construction taskforce, facilitated by INBAR, coordinates the activities of international research institutes and commercial companies interested in the structural uses of bamboo. The Taskforce supports INBAR’s membership of the Global Network for Sustainable Housing – the world’s premier knowledge network on sustainable housing, hosted by UN-Habitat in Nairobi. Its overall objective is to act as the world’s premier information and knowledge center on structural uses of bamboo. 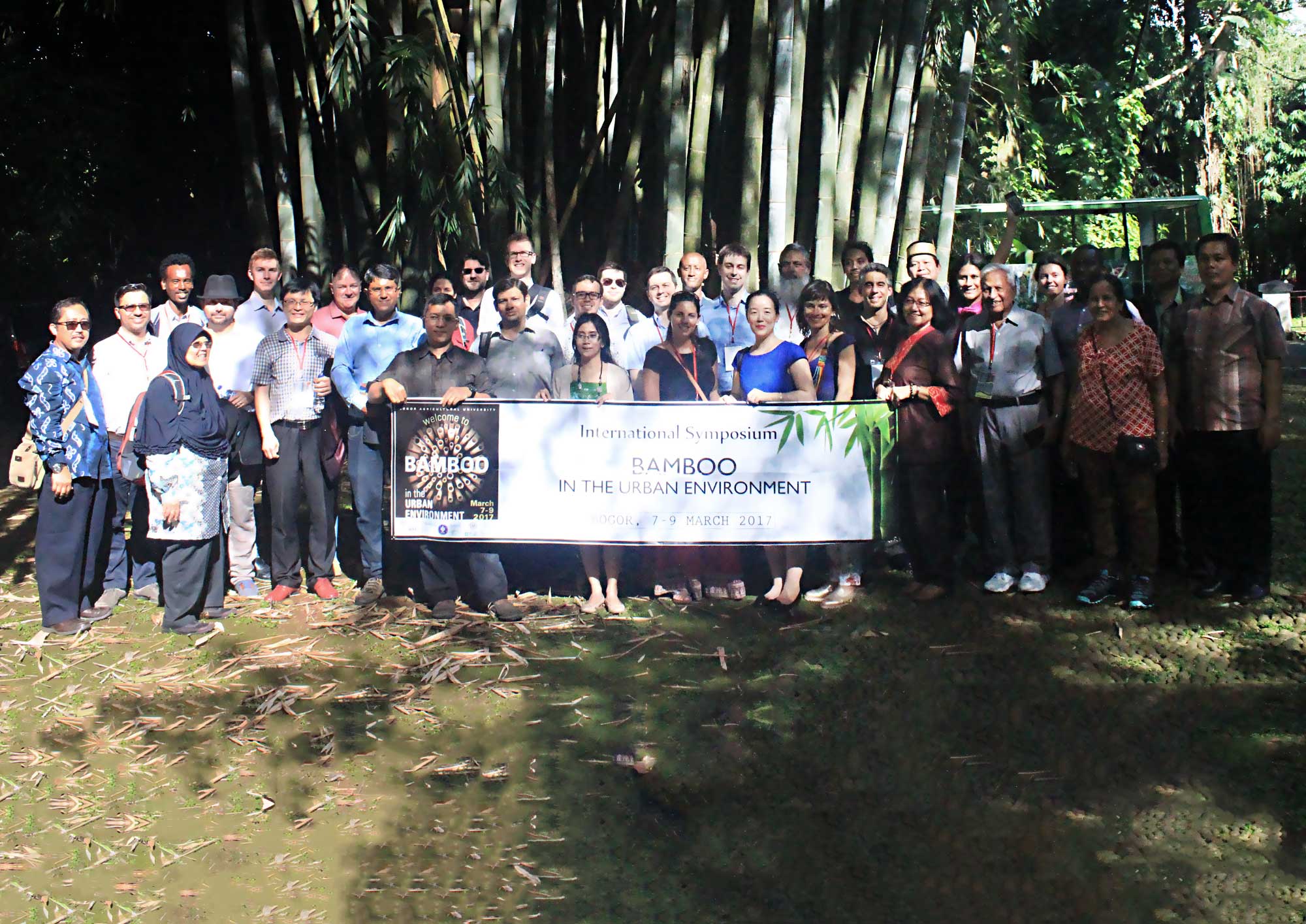