Understanding Addiction in the Adolescent Mind 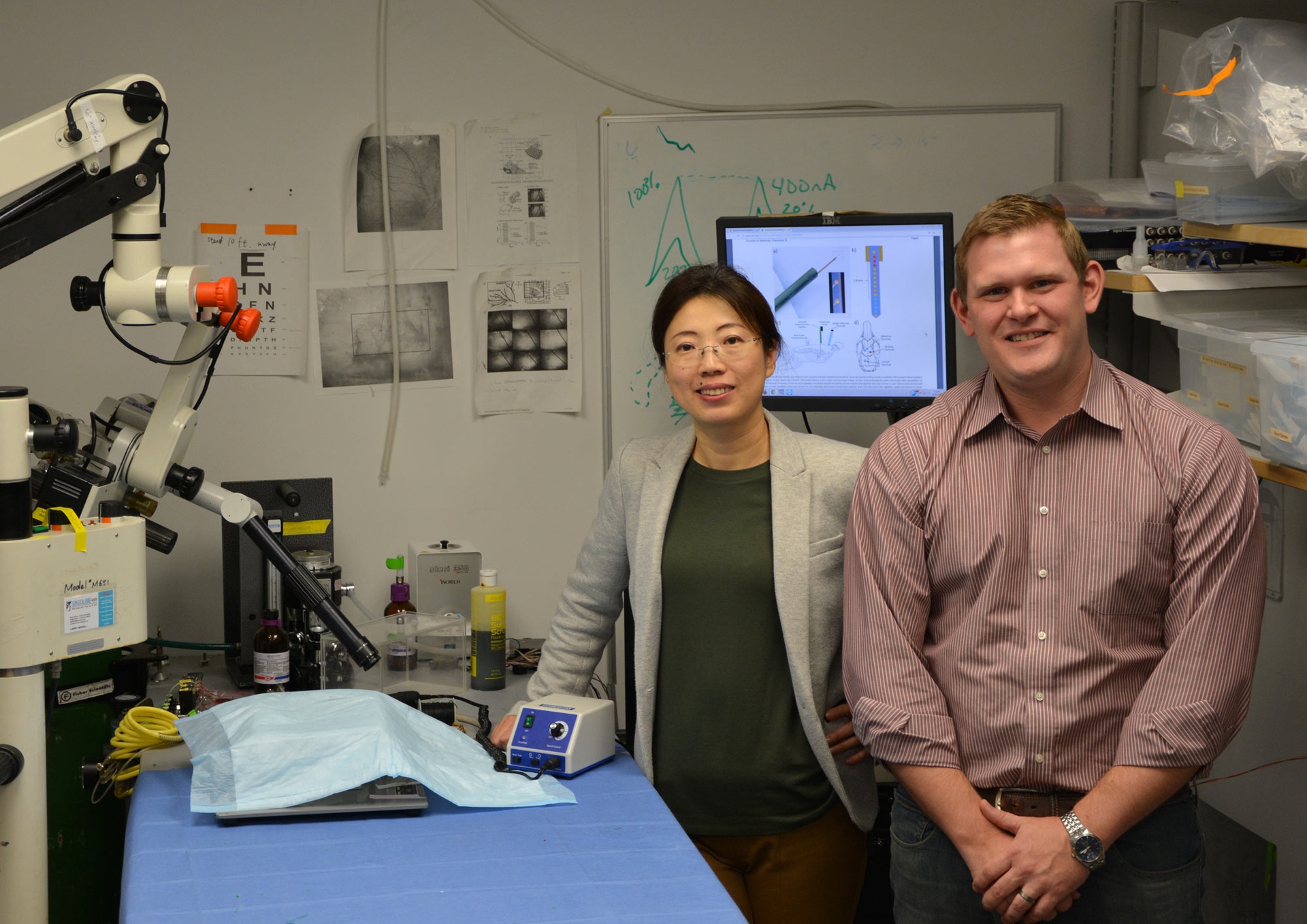 PITTSBURGH (November 1, 2017) … Several studies have provided strong evidence that adolescents—people in their teens to early twenties—have a higher vulnerability than adults to addictive substances like cocaine. To understand the origin of the age effect requires a sensor to effectively measuring how cocaine interacts with different parts of the brain over time.

Bioengineers at the University of Pittsburgh have developed a new method of using synthetic DNA called “aptamers” to view the effect of cocaine on the brain in real-time with a much higher resolution than other techniques. The Royal Society of Chemistry published their results in its Journal of Materials Chemistry B earlier this year (DOI: 10.1039/C7TB00095B).

Dr. Cui is principal investigator for a two-year, $421,185 new study titled “Dual Polymer Coatings for High Fidelity and Stable In Vivo Cocaine Sensing From MEAs.” She and her team will be using the aptamer-based sensors to observe the effects of cocaine use on both adult and adolescent rats and record the differences.

“It remains unknown whether the ‘age effect’ is the result of differences in neuron sensitivity to cocaine or a consequence of how cocaine concentrates in different areas of the brain,” explains I. Mitch Taylor, postdoctoral researcher in the Cui Lab. “By measuring cocaine concentration and following the pharmacokinetics of the drug over repeated use in both adult and adolescent rats, we hope to answer this question.”

In addition to observing the effect of cocaine on the brain, the researchers will be testing a polymer coating that protects the sensors from harmful exposure once they are implanted inside the rats. Past studies have shown that the brain’s biological environment can interfere with the sensors’ ability to relay information to the researchers.

“The sensors worked great for a couple of hours in the brain tissue, and then performance degraded rapidly due to sensor degradation and biofouling,” says Dr. Cui. “The newly funded project will use advanced polymers to stabilize the sensor and minimize the host tissue reactions, with the goal of achieving long term in vivo sensing over the period of days.”

Dr. Cui aims to directly measure real-time cocaine concentration in different locations of the brain with micrometer resolution for at least 72 hours. Conventional methods of measuring cocaine in the brain tissue are only able to measure concentration levels every five-10 minutes and over a large volume.

The funding comes from a R21 Exploratory/Development grant from the National Institutes of Health (NIH)National Institute on Drug Abuse. The researchers will focus on studying cocaine usage during this grant period with potential to broaden their research efforts down the road.

“Our sensor technology platform is well suited to be developed for detecting other substances in the future,” assures Dr. Cui.

About Dr. Cui
Dr. Cui is William Kepler Whiteford Professor of Bioengineering at the University of Pittsburgh and Director of the Neural Tissue/Electrode Interface and Neural Tissue Engineering Lab. She is also the Neural Engineering Track Coordinator for the Department of Bioengineering Graduate Committee and serves on the Leadership Team of the Center for Medical Innovation. Prior to joining Pitt, she was a Research Scientist at Unilever Research US in Edgewater, New Jersey. Dr. Cui earned her BE in Polymer Materials and Chemical Engineering and her MS in Biophysics at Tsinghua University in Beijing, China. She went on to earn her PhD in Macromolecular Science and Engineering at the University of Michigan, Ann Arbor, Michigan.

She serves as a grant agency reviewer for the National Institutes of Health, National Science Foundation, Science Foundation of Ireland, and the American Institute of Biological Sciences. Dr. Cui holds one granted and three filed U.S. patents, and she is a reviewer for many prestigious journals, including Science, Advanced Materials, Biomaterials, Biosensors and Bioelectronics, Journal of Neural Engineering, and Nature Communications, among others. Dr. Cui is the Associate Editor of the Journal of Materials Chemistry B.

Image Above: Dr. Cui (left) and Dr. Taylor at the Cui Lab

Understanding Addiction in the Adolescent Mind