University of Pittsburgh announces $37.5 million investment in support of sustainability academics and research 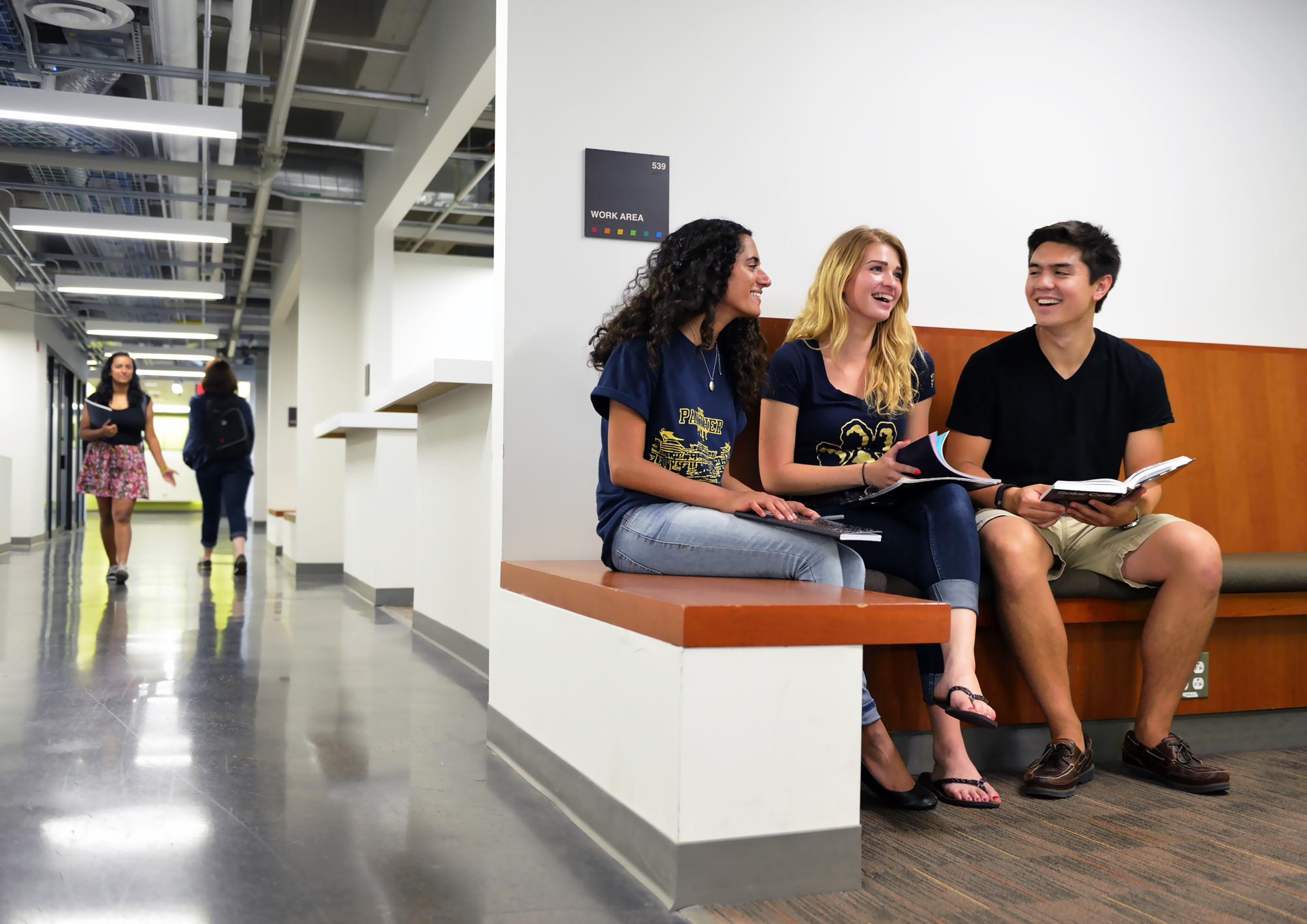 PITTSBURGH (April 14, 2014) ... To mark the tenth anniversary of the University of Pittsburgh's Mascaro Center for Sustainable Innovation (MCSI) and to build upon the ongoing philanthropy of two of Pitt's most generous donors, Pitt officials announced a new $37.5 million funding initiative comprising various endowments and current funds to support sustainability-related academics and research. Through the leadership of a new Sustainability Task Force, established by the Office of the Provost , the University will extend sustainability initiatives throughout Pitt's academic programs and research initiatives.

According to Chancellor Mark A. Nordenberg , Pitt's historic commitment to sustainability was inspired greatly by John C. "Jack" Mascaro (ENGR '66, '80G), founder and chair of Mascaro Construction Company L.P., and John A. Swanson (ENGR '66G), founder of ANSYS, Inc., both of whom also have contributed toward the University's investment in this new sustainability initiative.

"Since its founding in 2003, driven by the vision and philanthropy of Jack Mascaro, the Mascaro Center for Sustainable Innovation, which is headquartered in the Swanson School of Engineering, has helped to initiate, organize, and support a wide-range of important educational and research initiatives and has helped to establish our University as a highly respected center for work-of-impact in the broad area of sustainability," Nordenberg said. "On behalf of the entire University community, I want to thank Jack, both for sharing his ideas and for investing in them, providing much of the intellectual and financial impetus for this effort to imbue sustainability throughout the curriculum, across the University, and into the community at large.

"I also want to recognize Provost Patricia E. Beeson for her leadership in creating a program that will extend throughout our University, and to thank Gerald D. Holder , the U.S. Steel Dean of the Swanson School, for helping to build Pitt's strong foundation for sustainability in our School of Engineering."

According to Provost and Senior Vice Chancellor Beeson, the University's sustainability initiative is grounded in its established success within the Swanson School, and this new investment recognizes the potential it has as a University priority to impact academic programs, research, and student engagement across the University and to build on key partnerships with business units and the community.

"Jack Mascaro's initial gift helped to establish our first academic sustainability programs at the Swanson School of Engineering, through the Mascaro Center for Sustainable Innovation," Beeson said. "Over this past decade, the Mascaro Center and the Swanson School have successfully developed an educational and research model that can serve as the foundation for impact throughout the greater University of Pittsburgh community." According to the provost, the newly committed resources will bring the total to approximately $60 million of support for sustainability since MCSI's founding ten years ago.

The new initiative is being led, in part, by the provost's Sustainability Task Force, which comprises faculty representatives from across campus. This task force-which is led by Eric J. Beckman , who is MCSI's codirector and the George M. Bevier Professor of Engineering-is charged with three goals: to catalyze interdisciplinary sustainability research; to enrich the undergraduate and graduate program offerings in the area of sustainability; and to further enhance Pitt's national recognition in sustainability. The task force, formed in fall 2013, has already developed plans to expand the University's curricular offerings in sustainability to include a campus-wide certificate for undergraduate students and a set of master's-level degree programs that will have a broad focus in engineering, business, and public policy.

Beeson added that Pitt's new sustainability initiative honors Mascaro's original passion for establishing MCSI and sets the center on a course for a greater impact. "Throughout his relationship with Pitt, Jack has never thought of 'sustainability' as merely a branding statement or green-washing, but rather a philosophy that should influence every action and interaction within the University and without, both now and especially in the future," Beeson said.

"From the beginning, I wanted the Mascaro Center for Sustainable Innovation to pursue outcomes that would have a true impact on Pitt and the community, rather than remain as research housed in a lab or published in a journal," Mascaro said. "The Swanson School and the Mascaro Center have shown the impact that sustainability can have on communities as close as Pittsburgh's Larimer neighborhood to villages as far away as Panama and Brazil.

"My family and I believe that now is the proper time for the University itself to engage in a multidisciplinary approach that can embed sustainable practices and inquiry across academic programs and into the day-to-day life of everyone associated with Pitt. It is our goal to see the University be nationally recognized as a great leader in sustainable education while positively impacting the community and economy with its efforts in sustainability through the Mascaro Center for Sustainable Innovation."

The Swanson School, which was able to expand its Benedum Hall of Engineering facilities beginning in 2007 through gifts from both Mascaro and the school's namesake, John Swanson, will continue to serve as MCSI's physical home.

"I'm gratified by the successful stewardship of my contributions to Pitt by Chancellor Nordenberg, Provost Beeson, and Dean Holder, and pleased by the Swanson School's impact on the University as a whole, especially with respect to sustainability," said Swanson, a member of the University's Board of Trustees. "I am proud to join Jack Mascaro in contributing to the provost's new initiative, which I believe will greatly benefit our students and faculty as sustainable practices become even more integral to our professional and personal lives."

Holder hopes that departments and centers across Pitt's Oakland campus can learn from what his administration has accomplished through the impact of MCSI, Mascaro, and Swanson.

"Jack and John have been both colleagues and contributors in helping us establish programs that now serve as the foundation for a broadened University commitment," Holder said. "Sustainability has had a positive impact on the Swanson School, from enhanced academic reputation and diverse study abroad initiatives, to stronger community relations with nonprofits, schools, and industry, to positively impacting student life. We are indebted for the support of Jack Mascaro and John Swanson, and thank them for contributing to such a rich legacy of sustainability at Pitt."

In March 2014, the University released its first Report on Sustainability, which described Pitt's most recent sustainability efforts on campus in education and research and throughout the community-at-large, as well as the recognition it has received. The report included data on measurable outcomes from energy conservation and emissions reductions to sustainable purchasing and student housing, as well as current academic programs and efforts to improve the quality of life in Oakland and other Pittsburgh neighborhoods.

"The University of Pittsburgh community has embraced sustainability as a critical part of everyday life. Both the extraordinary generosity of Jack Mascaro and John Swanson and the committed efforts of campus leaders like Provost Beeson, Dean Holder, and Professor Beckman have taken us to this already enviable position," said Chancellor Nordenberg. "These new investments and the work of our Sustainability Task Force will enable us to continue adding to that rich legacy for generations to come."

University of Pittsburgh announces $37.5 million investment in support of sustainability academics and research