University of Pittsburgh expert in fluid dynamics, combustion and aerodynamics to co-chair mini symposium at NC19

PITTSBURGH (March 12, 2019) … Peyman Givi, developer of the Filtered Density Function (FDF) used in very high fidelity numerical simulation of chemically reactive flow fields, will co-chair a mini symposium on the subject at the 17th International Conference on Numerical Combustion (NC19) in Aachen, Germany from May 6-8, 2019. Dr. Givi is a Distinguished Professor of Mechanical Engineering and the James T. MacLeod Professor in Swanson School of Engineering at the University of Pittsburgh.

The mini symposium “Filtered Density Function Methods for Turbulent Reactive Flows” will include 60 participants and 28 presented papers. According to Dr. Givi, participants will learn the latest developments and innovations in enhancing the computational and predictive capabilities of the FDF methodology.

“When I first developed and introduced FDF, many thought it was mathematically complex and too computational intensive,” Dr. Givi says. “However, I have worked with my outstanding PhD students at Pitt to develop methodologies to address the computational complexity and further refine its adoption. Today, I could not be more pleased by the number of colleagues from outstanding institutions around the world who will be joining us in Aachen to share their success stories using our method.” 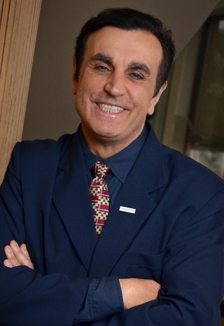 About Dr. Givi
Prior to his tenure at Pitt, Dr. Givi held the rank of University Distinguished Professor in Aerospace Engineering at the State University of New York at Buffalo, where he received the Professor of the Year Award by Tau Beta Pi (2002). He also worked as a Research Scientist at the Flow Industries, Inc. in Seattle. Dr. Givi has had frequent visiting appointments at the NASA Langley & Glenn (Lewis) centers, and received the NASA's Public Service Medal (2005). He is among the first 15 engineering faculty nationwide who received the White House Presidential Faculty Fellowship. He is also a recipient of the Young Investigator Award from the Office of Naval Research, and the Presidential Young Investigator Award from the National Science Foundation.

Dr. Givi is the Deputy Editor of AIAA Journal, member of the editorial boards of Computers & Fluids, Journal of Applied Fluid Mechanics; the Open Aerospace Engineering Journal, an Associate Editor of Journal of Combustion; and a past advisory board member of Progress in Energy and Combustion Science. He received his Ph.D. from the Carnegie Mellon University (PA), and BE (Summa Cum Laude) from the Youngstown State University (OH), where he was named the 2004 Phi Kappa Phi Distinguished Alumnus, and the 2012 STEM College Outstanding Alumnus. Dr. Givi has achieved Fellow status in AAAS, AIAA, APS, and ASME; and was designated as ASME's Engineer of the Year 2007 in Pittsburgh.

University of Pittsburgh expert in fluid dynamics, combustion and aerodynamics to co-chair mini symposium at NC19