An Impact on Implants 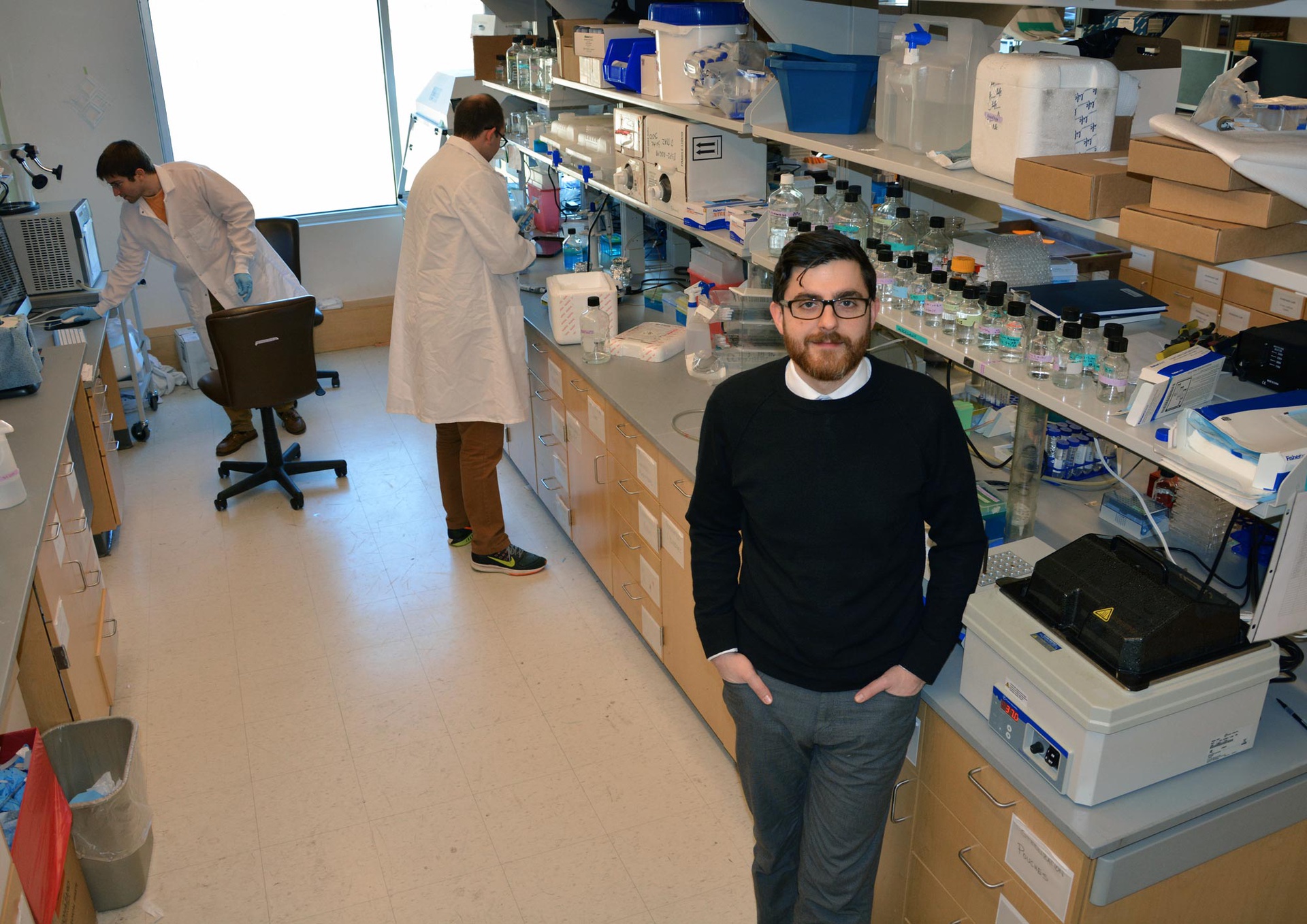 PITTSBURGH, PA (February 15, 2017) … The National Institutes of Health recently awarded Bryan Brown, assistant professor of bioengineering in the University of Pittsburgh's Swanson School of Engineering, a five-year, $1.54 million R01 grant for his investigation into the immune system response to implanted medical materials.

The study, “Assessing the Impact of Macrophage Polarization Upon the Success of Biomaterial Implants,” will build on Brown’s previous studies demonstrating that macrophage M1 and M2 polarization at early time points after the implantation of a biomedical material can predict long-term reactions by the host’s immune system. The information gathered by the study could significantly improve the success of biomaterial implants and minimize the negative response from the patient’s immune system, according to Brown.

“Our current tests have shown that the first week of macrophage activity near the host-implant interface can predict the immune system response downstream as far as 90 days,” says Brown. “We have developed methods for modulating macrophage activity, which we will use to understand why and how these early events after implantation serve as a precursor to the lifespan of the implant. Our research is suggesting, contrary to conventional understanding of host-biomaterial interactions, macrophages can be used to encourage positive, long-term outcomes for the implant and the patient.”

Macrophages are white blood cells charged with protecting the body from health threats, including foreign bodies like biomaterial implants. When an implant is placed inside the body, the macrophages recognize its presence and can exhibit either a pro-inflammatory or anti-inflammatory response. Brown and his team have developed methods for observing, measuring and controlling these responses. They will attempt to find optimal designs for biomaterials that not only accommodate the involvement of the immune system but promote positive interaction between the body’s natural defenses and the implanted material.

A variety of medical fields rely on the use of biomaterial implants to save and improve the quality of life for patients: orthopedics for joint repair, ophthalmology to restore vision, cardiovascular surgery for heart valve and artery replacement and dentistry for tooth and gum tissue support. Biomaterial implants are also common in the healing of wounds and bone fractures. Brown believes his study will provide researchers with a framework for understanding how the host’s immune system responds to implanted materials and how to use that response to develop more successful procedures for any treatment involving biomaterial implantation.

Pamela Moalli, associate professor in the Department of Obstetrics, Gynecology and Reproductive Sciences at Pitt and co-director of the Center for Interdisciplinary Research in Female Pelvic Health; and Stephen Badylak, professor in the Department of Surgery and Deputy Director of the McGowan Institute for Regenerative Medicine, will join Brown on the study as co-investigators.

About Dr. Brown
Dr. Bryan Brown graduated from Pitt with a BS in mechanical engineering in 2005 and a PhD in bioengineering in 2011. He completed his postdoctoral training in the Departments of Biomedical Engineering and Clinical Sciences at Cornell University. Brown has a secondary appointment in Pitt’s Department of Obstetrics, Gynecology and Reproductive Science and is a member of the McGowan Institute for Regenerative Medicine. He is currently a Building Interdisciplinary Research Careers in Women’s Health Scholar at Magee Women’s Research Institute in Pittsburgh and an adjunct assistant professor of clinical sciences at the Cornell University College of Veterinary Medicine.

Brown is a member of the Biomedical Engineering Society, the Society for Biomaterials, the Tissue Engineering and Regenerative Medicine International Society (TERMIS) and the American Urogynecologic Society. He received the Wake Forest Institute for Regenerative Medicine Young Investigator Award, the TERMIS Educator Award and the Carnegie Science Award. Brown served as a reviewer for the National Science Foundation and for the Carnegie Science Awards. He is on the editorial board of Cells, Tissues, and Organs and Current Pathobiology Reports.

The Brown Laboratory works to couple mechanistic understanding of the host inflammatory response in injury and disease with the development of context-dependent biomaterials for regenerative medicine strategies. With emphasis on clinical applications in which few effective solutions currently exist, the Brown Laboratory focuses on unmet needs in women’s health. Recent areas of significant interest are temporomandibular joint disease and pelvic organ prolapse. The Laboratory has received funding from the Eunice Kennedy Shriver National Institute of Child Health and Human Development, National Institute on Aging, National Institute of General Medical Science, Office of Research on Women’s Health and the Wallace H. Coulter Foundation.

An Impact on Implants