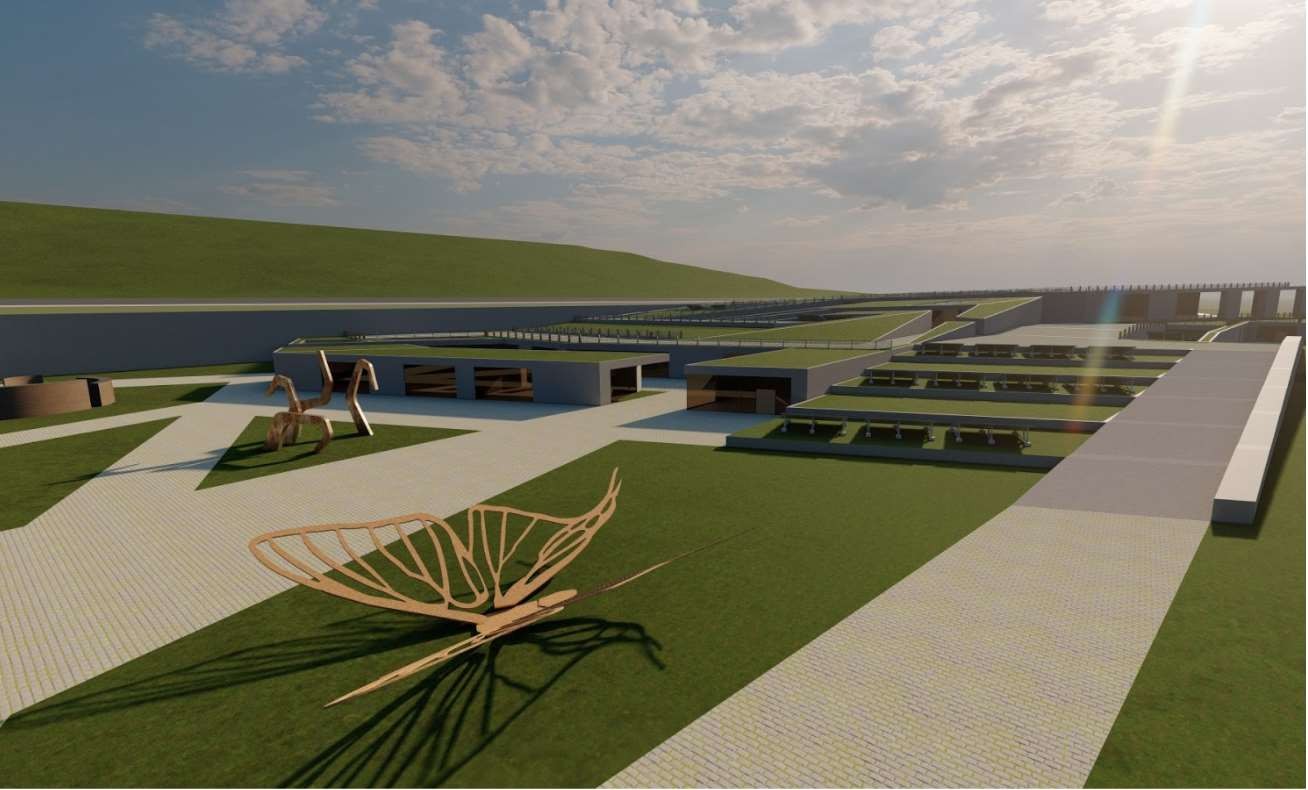 Eco-village_banner
A view from on top of the proposed Eco-Village.

Think of waste as a valuable resource.

This is the key concept that University of Pittsburgh undergraduate Dana Vidic took from her sustainability capstone project in the Swanson School of Engineering.

She and her team developed a plan for an “Eco-Village” that minimizes waste by efficiently reusing materials and reframing how people think about consumption. They delivered a proposal to the City of Pittsburgh as part of its Roadmap to Zero Waste, an effort to make the area an autonomous zero-waste city by 2030.

“The goal of our project was to create a framework for a sustainable city and to promote responsible consumption and production amongst its residents,” said Vidic (CEE ‘21), a new civil and environmental engineering alumna. “We wanted to incorporate a community circular economy that centers on minimizing waste, maximizing reuse, and attempting to mimic nature’s own regenerative and cyclical processes.”

“The amount of energy and effort that goes into creating things just to eventually bury it is ridiculously backward,” Marciesky said. “The most successful cities not only encourage a circular economy but mandate it.”

They designed and modeled the Eco-Village with inspiration from other U.S. and European cities. The first step in executing this project involves creating a facility in the center of town to sort waste.

“What currently happens is that waste is transported throughout the day, in gas-guzzling trucks, to two landfills outside of the city,” Vidic explained. “In this new model, the trash could be transported to a city hub, where it is sorted for reuse while the remainder is transported to the landfills.”

From there, the team broke down Pittsburgh’s waste stream and focused their sorting efforts on the areas that would most benefit the region, including construction and demolition waste, which represents 67 percent of the U.S. waste stream. They will also manage organic waste and process these materials with milling equipment or an anaerobic digester. The resulting products could provide the city with renewable energy, soil, mulch, fertilizer, and non-hazardous wood mass.

The overall plan includes a larger community park that promotes a culture of sustainability and features work from local artists, created with reused materials.

”The movement toward accepting a new way of looking at trash is to create a way for the community to be involved in the activity of recycling,” Strickler said. “For us, we believed that the best way to do this was to show that a community can not only coexist with recycled materials, but thrive with them, in a facility that makes it all possible.”

They created a 3D video tour of their proposed design.

“Creating an Eco-Village in Pittsburgh would both mitigate waste and boost the economy — not just for the city, but the entire surrounding region,” Vidic said. “It is the next logical step in the battle against climate change.

The group included future steps in their proposal and suggested that the next cohort of sustainability capstone students continue the project and present a more robust framework to the City of Pittsburgh.