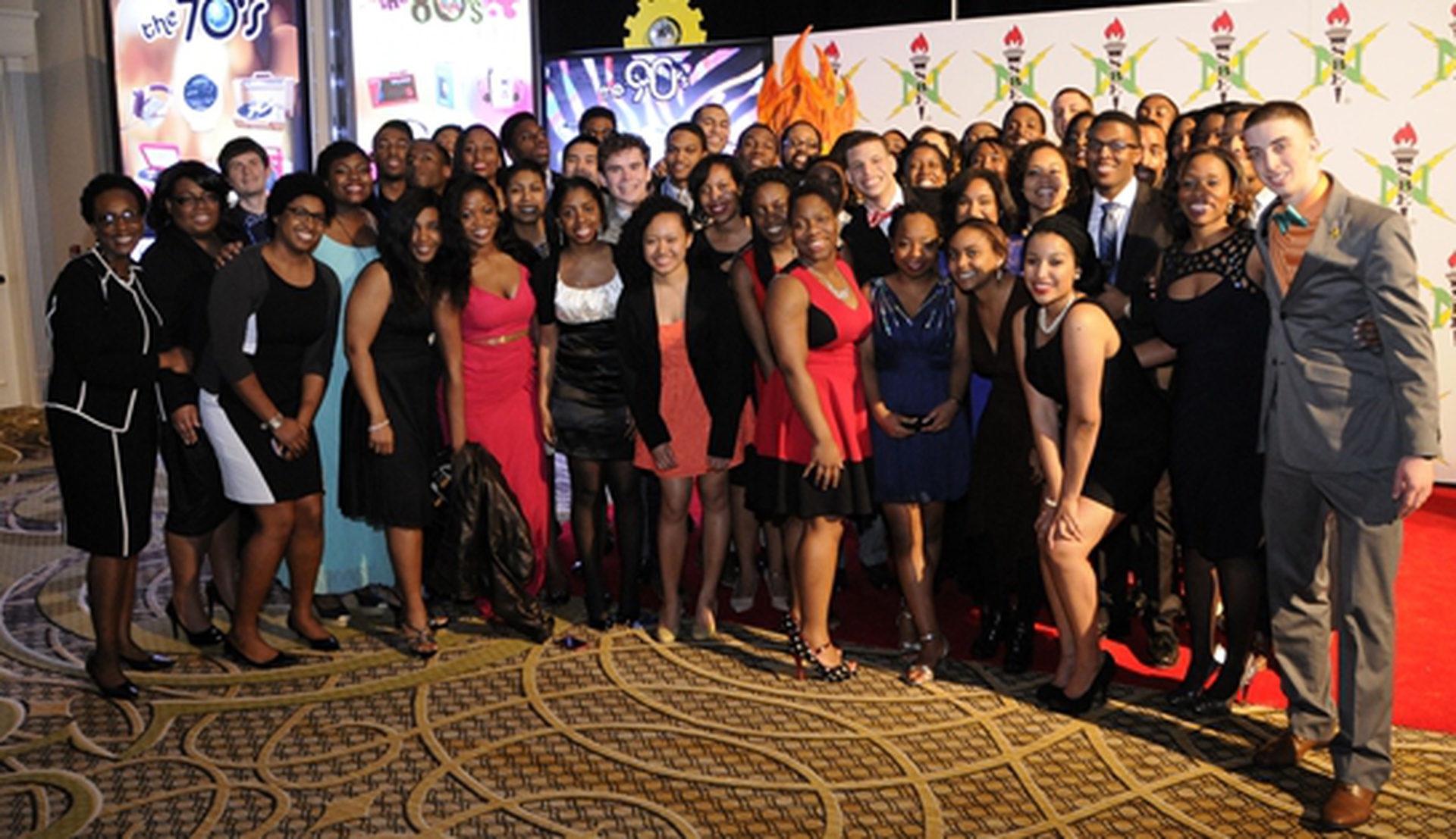 PITTSBURGH (April 28, 2014) … The student chapter of the National Society of Black Engineers (NSBE) at the University of Pittsburgh's Swanson School of Engineering was well represented at the NSBE 40th Annual Convention in Nashville, Tenn., March 26-30. Pitt's chapter collected five awards, including:

Senior Marcus Jordan, who is majoring in industrial engineering, is president of the Pitt NSBE chapter. Additionally, members from Pitt's delegation were nominated to several positions, including:

"These are tremendous accomplishments for our engineering students, and I could not be more proud of their dedication to NSBE and their commitment to encouraging diversity in STEM fields across the U.S.," noted Sylvanus N. Wosu, PhD and Associate Dean of Diversity at the Swanson School. "They are outstanding ambassadors for the University of Pittsburgh and will help to play an important role as we welcome the NSBE national convention back to Pittsburgh in 2015."

About NSBE
The National Society of Black Engineers (NSBE), with more than 29,900 members, is one of the largest student-governed organizations in the country. Founded in 1975, NSBE now includes more than 394 College, Pre-College, and Technical Professional/Alumni chapters in the United States and abroad. NSBE's mission is "to increase the number of culturally responsible black engineers who excel academically, succeed professionally and positively impact the community."

The National Society of Black Engineers (NSBE) is a 501(c)(3) non-profit association that is owned and managed by its members. The organization is dedicated to the academic and professional success of African-American engineering students and professionals. NSBE offers its members leadership training, professional development, mentoring opportunities, career placement services and more. NSBE is comprised of 242 collegiate, 70 professional and 82 pre-college active chapters nationwide and overseas. These chapters are geographically divided into six regions. NSBE is governed by an executive board of college students and engineering professionals and is operated by a professional staff in our World Headquarters located in Alexandria, VA. NSBE has accomplished more for Black engineering students than any other organization in the world. The same light that flows from the NSBE torch to students and professionals in the United States is also relevant for NSBE students in Africa, Europe, South America, Asia, Canada, Australia and the Caribbean. It is the goal of the Society to replicate its mission and vision in countries around the world, creating a global network of Black engineers, scientists and technologists.