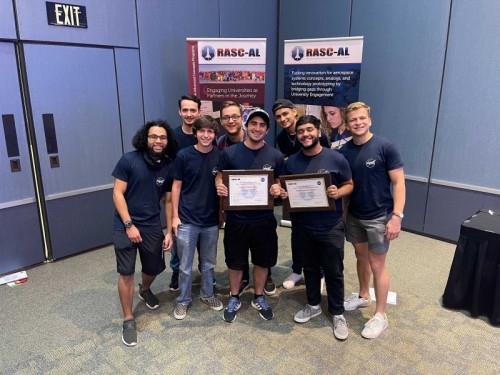 This past weekend, the team traveled to the NASA Langley Research Center in Hampton, VA to compete in the finals. Based on their performance, the team won two awards for the lightest and most innovated system.

This coming year, NASA will be taking a year to revamp the competition and will not be hosting it. Instead, the SOAR team has decided to compete in the NASA Big Idea Challenge, where the team will be called to design a robotic system with alternative rover locomotion modalities to navigate extreme off-world terrain. ME student and Mars Ice team member, Cole Bowman, will be the chief engineer on the Big Idea Challenge.

Congratulations to Pitt SOAR on a successful competition and best of luck this upcoming year!