PITTSBURGH (August 6, 2014) … To better serve continuing growth in international programs, including a new partnership with Sichuan University in China, the University of Pittsburgh's Swanson School of Engineering has established an Associate Dean for International Initiatives, according to an announcement from Gerald D. Holder, PhD, US Steel Dean of Engineering.

Minking K. Chyu, PhD, the Leighton and Mary Orr Chair Professor and former Chair of the Department of Mechanical Engineering and Materials Science (MEMS), was appointed as the inaugural Associate Dean for International Initiatives at the Swanson School of Engineering, as well as the inaugural Dean of the Sichuan University-Pittsburgh Institute (SCUPI) in China. Brian Gleeson, PhD, the Harry S. Tack Chair Professor of Materials Science and Director of Pitt's Center for Energy, will succeed Dr. Chyu as Department Chair of MEMS.

"International programs and partnerships have become an integral part of our curriculum and research, and Minking has proven himself to be a game-changer in helping to establish our partnership with Sichuan University and the new Sichuan University-Pittsburgh Institute," Dean Holder said. "His experience as Chair of MEMS, especially in leading the Department's tremendous growth in academic programs, student success, faculty research, and revenue generation will contribute greatly toward international activities, especially as we prepare to open the new Joint Institute in 2015."

Established in 2014, the Sichuan University-Pittsburgh Institute will initially offer three undergraduate degree programs: industrial engineering, mechanical engineering, and materials science and engineering. Students in the Institute will be recruited from the United States, China, and potentially other countries, with an anticipated fall 2015 enrollment of 100 students and a projected total enrollment of 1,600 students. Sichuan University is investing nearly $40 million to support the construction and equipping of a new 300,000-square-foot building to house the institute on its campus, while the Swanson School will oversee the curriculum development and academic policies. When SCUPI opens in fall 2015, Dean Chyu will spend part of the academic year in China.

"Like Minking, Brian has developed into an exceptional leader as Director of the Center for Energy, and the support from the faculty for his selection as department chair was a testament to his excellence as a teacher and researcher," Dean Holder noted. "I know he will build upon Minking's success as chair and further enhance the reputation of the department." 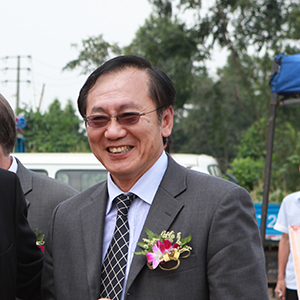 Minking K. Chyu received his PhD in Mechanical Engineering from the University of Minnesota in 1986. He was a faculty member at Carnegie Mellon University for 14 years before joining the University of Pittsburgh in 2000 as the Leighton Orr Chair Professor and Department Chair of Mechanical Engineering. When the departments of Mechanical Engineering and Materials Science and Engineering merged in 2006, Dr. Chyu helped to lead the process and was named chair of the combined MEMS Department. His primary research is in thermo-fluid issues relating to power and propulsion systems, material processing, and micro/nano-system technology. Major projects conducted to date include convective cooling of gas turbine airfoils, nanofluid applications in heat transfer and oil/gas exploration, thermal measurement, and imaging techniques.

Dr. Chyu was awarded four NASA Certificates of Recognition for his contribution on the U.S. space shuttle program, and has also served as an Air Force Summer Research Fellow, Department of Energy Oak Ridge Research Fellow, and Department of Energy (DOE) Advanced-Turbine-System Faculty Fellow. He is a Fellow of the American Society of Mechanical Engineers (ASME), Associate Fellow of American Institute of Aerospace and Aeronautics (AIAA), and a member of the Scientific Council of the International Centre of Heat and Mass Transfer (ICHMT). He was named the Engineer of The Year by the ASME Pittsburgh Chapter in 2002. In 2007, he was appointed as Institute of Advanced Energy Solutions (IAES) Residence Fellow by the National Energy Technology Laboratory (NETL). He serves as an Associate Editor for the Journal of Heat Transfer, ASME; Advisory Board Member for the International Journal of Fluid Machinery and Systems; and a Foreign Editor for the International Journal of Chinese Institute of Mechanical Engineers. He has published 280 technical papers in archived journals and conference proceedings. 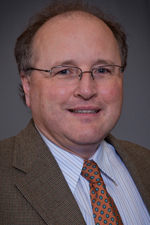 Brian Gleeson received his PhD in Materials Science and Engineering from the University of California at Los Angeles. Prior to joining Pitt in 2007 he was the Renken Professor of Materials Science Engineering at Iowa State University and also served as Director of the Materials and Engineering Physics Program at the U.S. Department of Energy Ames Laboratory, managed by ISU. His research interests include the high-temperature degradation behavior of metallic alloys and coatings; phase equilibria and transformations; deposition and characterization of metallic coatings, and diffusion and thermodynamic treatments of both gas/solid and solid/solid interactions.

He is internationally recognized for his studies on high temperature corrosion, with numerous invited presentations and research collaborations, and has published more than 130 articles and abstracts. In 2005 he received a Research and Development 100 Award from R&D Magazine for Novel High-Temperature Coatings with Pt-Modified Ni and Ni3Al (nickel and nickel alumninide, respectively) Alloy Compositions, which were licensed by the Rolls-Royce Corporation. He was elected Chair of the 2007 Gordon Research Conference on High Temperature Corrosion and has given five invited presentations at this prestigious conference, held once every two years. Dr. Gleeson is Editor-in-Chief of the international journal Oxidation of Metals and is on the International Advisory Board for the international journals Materials and Corrosion and Advanced Engineering Materials.

About the Department of Mechanical Engineering and Materials Science (MEMS)
The Swanson School's MEMS department has core strengths in the traditional areas of bioengineering, manufacturing, microsystems technology, smart structures and materials, computational fluid and solid dynamics, and energy systems research, with expertise in microscale and nanoscale systems. In addition to degrees through to the PhD, the Department also offers undergraduate and graduate programs in nuclear engineering, and education and research in additive manufacturing, or 3-D printing. Mechanical engineering was one of the first engineering disciplines established at Pitt in 1867.

All courses will be taught in English, and Students will spend the first two years of the program immersed in the Pitt curriculum in China with the option of transferring to the Pittsburgh campus during their third year in the program. Students who transfer to Pitt directly after their sophomore year will earn a bachelor's degree from both Sichuan University and Pitt, and all students will receive an institute certificate upon completion of their studies. Qualified students will also be able to continue their graduate studies at Pitt.

Faculty from around the world will be recruited to teach at the institute. All faculty members will undergo rigorous training to ensure that they will provide appropriate course content in an active learning format. The Institute welcomes Pitt faculty interested in a semester or yearlong sabbatical to teach in the institute. All Pitt-curriculum-based courses will be taught in the English language. Sichuan University will cover not only the institute's operating costs but also faculty start-up funds.