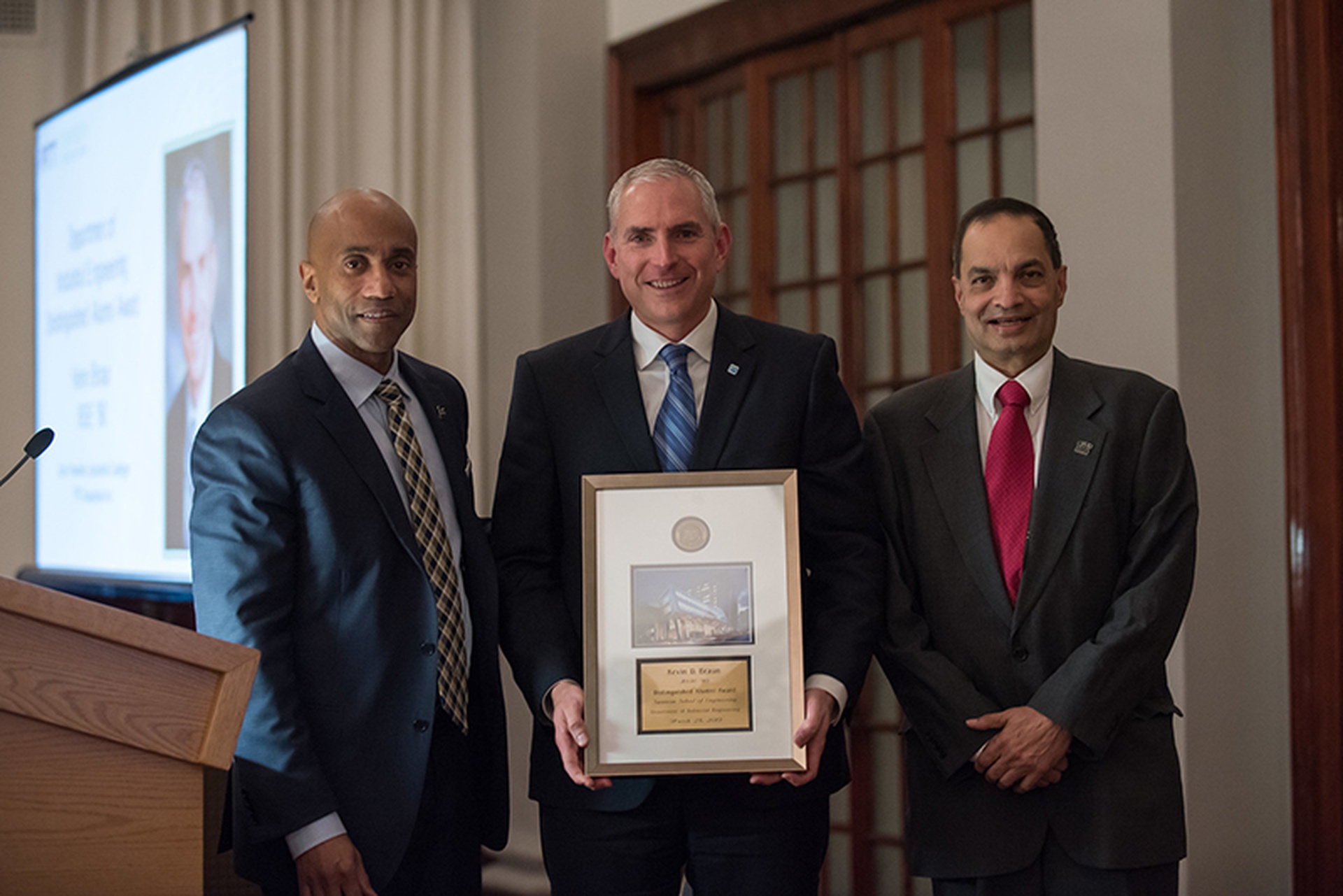 “Our Industrial Engineering program is the second oldest in the U.S., and one of the top ten public programs. It has graduated outstanding IEs throughout its history, and Kevin is no exception,” says Dean Martin. “What especially is remarkable about Kevin is his understanding of disruption, and how it affects change, both good and bad. The coatings industry is no different in this regard.”

Kevin D. Braun earned a Bachelor of Science in Industrial Engineering from the University of Pittsburgh and a Master of Business Administration (MBA) degree from Capital University in Columbus, Ohio.

Mr. Braun joined PPG, in 1991 as a Production Engineer at the Coatings Manufacturing Facility in Delaware, Ohio. He joined the industrial coatings business in 1994 as a Sales/Service Representative in the Appliance Division. In 1997, he moved to the fiber glass business, serving as a Market Development Manager before returning to industrial coatings in 2000 as a Market Manager in Consumer Electronics. In 2001, he became a Regional Sales Manager for Industrial Coatings.

Starting in 2003, Mr. Braun joined the architectural coatings business as a National Sales Manager for the Lowe’s account. He held this position until 2007 when he was named the Zone Sales Director for Midwest Dealers and Stores. Later that year, Mr. Braun relocated to Sydney, Australia as a General Manager of Architectural Coatings, ANZ (Australia and New Zealand). He was appointed the General Manager of Silica Products in 2011, then promoted as the Vice President of Global Raw Materials and Americas Purchasing in 2013. He has been in his current position as Vice President of Industrial Coatings since 2013.

For the past three years, Mr. Braun has served on the Board of Directors for the Children’s Museum of Pittsburgh and sits on the business development and nominating sub committees.