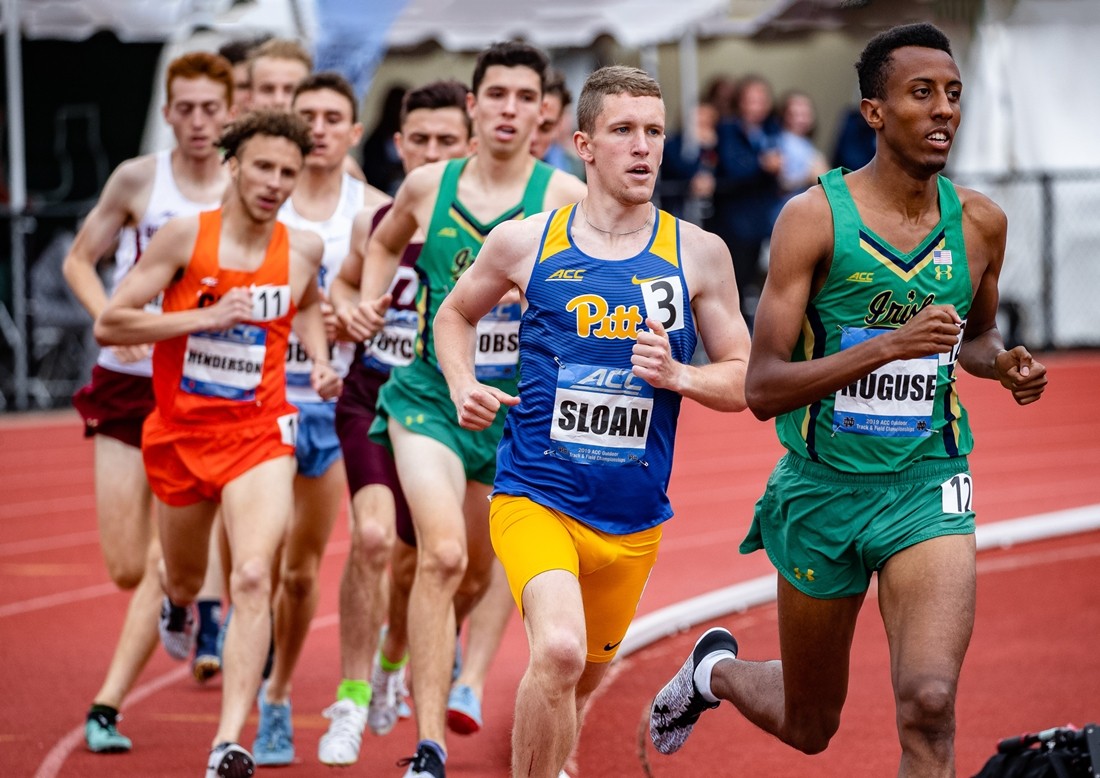 PITTSBURGH (June 26, 2019) — Nathan Sloan, a 2019 graduate of the University of Pittsburgh Swanson School of Engineering, has been named to the 2019 All-ACC Outdoor Track & Field Team. Sloan earned a bachelor’s degree in civil and environmental engineering with a focus in structural engineering and construction management. A native of Gibsonia, Pa., he is a field/office engineer with Kiewit Corp. in Denver, Colo.

The All-ACC Academic Outdoor Track & Field Team has stringent academic requirements for its athletes, in addition to its high athletic standards. Team members must have maintained at least a 3.0 grade point average in the previous semester and have a 3.0 cumulative grade point average for their academic careers.

The invitation to join the All-ACC Outdoor Track & Field Team is a first in Sloan’s athletic career and follows a strong season. Sloan, who has maintained a 3.37 GPA, was able to notch First-Team All-ACC honors in the 1500m run, finishing in second place and achieving a personal best time of 3:43.05, the fourth-fastest in program history.

“Nate’s discipline and dedication have been clear in the classroom, and on the track,” says John Sebastian, Professor and McKamish Director of Construction Management Program in the Civil and Environmental Engineering Department. “His recognition by the ACC highlights his ability to successfully pursue athletic excellence while keeping up with a rigorous program.”

All members of the All-ACC Outdoor Track and Field Academic Teams were All-American or All-ACC first- or second-team performers, qualifiers for the NCAA Championship finals, and/or were an ACC Performer of the Week during the regular season. Sloan is one of four Pitt students to make All-ACC Academic teams this year.