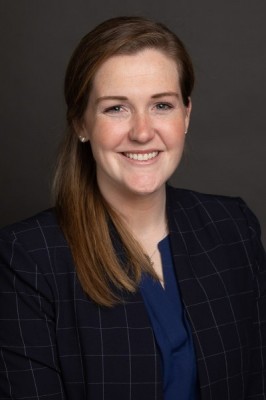 Paige Paulus, PT, DPT, was named the 2021 Wesley C. Pickard Fellow by the University of Pittsburgh’s Department of Bioengineering. Recipients of this award are selected by the department chair and chosen based on academic merit.

Paulus graduated from the University of Tennessee with a degree in biomedical engineering. She completed her Doctor of Physical Therapy (DPT) in December as a part of University of Pittsburgh’s Dual DPT-PhD in Bioengineering program and will soon begin working as a physical therapist at the VA in Pittsburgh.

Paige is working in the Biodynamics lab led by William Anderst, assistant professor of orthopaedic surgery at Pitt. She is involved in multiple projects which aim to improve functional outcomes following a variety of orthopaedic complaints. Her primary interest is in improving quality of life for individuals with amputations through research and clinical work.

“My work is focused on using biplane radiography to determine factors which impact how an individual with a transfemoral amputation moves, and how their quality of movement correlates with commonly used clinical outcome measures,” she said. “My hope is that our findings improve clinical decision making, thereby improving function and quality of life for individuals in this population.”

Mr. Pickard is an alumnus of the Swanson School of Engineering and earned his bachelor's degree in mining engineering at Pitt in 1961. He retired from Synergy Inc, a DC based consulting firm as the CFO. Over a period of 33 years, Pickard helped the company grow from five staff members to more than 200 with revenues of approximately $25 million when it was sold in 2005. He is a dedicated supporter of the University and was inducted into the Cathedral of Learning Society at Pitt—a giving society that honors some of our most generous alumni.

In 2010 Mr. Pickard was named the University of Pittsburgh Department of Civil and Environmental Engineering Distinguished Alumnus. He also received the Pitt Volunteer of Excellence Award in 2012 and was named a “Significant Sig” in 2017 by Sigma Chi Fraternity. In 2018 he was selected as the overall honoree representing the entire Swanson School at the 54th annual Distinguished Alumni Banquet.