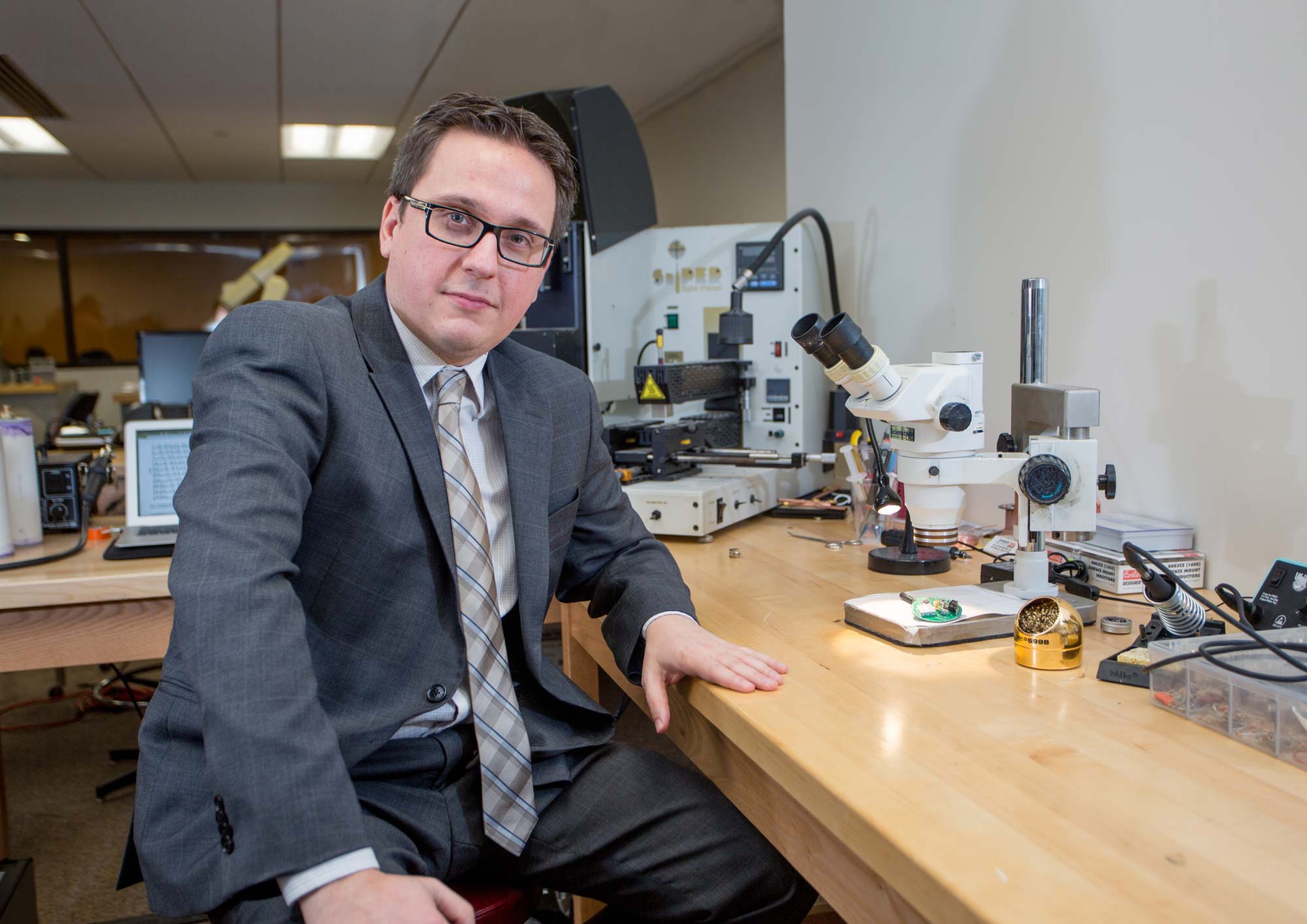 PITTSBURGH (February 14, 2017) … Dysphagia, or swallowing disorders, affects nearly one in 25 adults, especially the elderly and those who have suffered a stroke or neurological disease, and results in approximately 150,000 hospitalizations annually. A patient’s risk for dysphagia is first diagnosed by screening, and may require an endoscopy or fluoroscopy for further evaluation. However, some patients who aspirate do so silently, causing doctors to misdiagnose.

To develop an improved screening method for dysphagia, the National Science Foundation awarded a researcher at the University of Pittsburgh’s Swanson School of Engineering a CAREER Award through the NSF’s Division of Chemical, Bioengineering, Environmental, and Transport Systems. Ervin Sejdić, assistant professor of electrical and computer engineering, received a five-year, $549,139 award to further research using high-resolution vibration and sound recordings that would help doctors diagnose dysphagia and assist patients in improving how to properly swallow while eating or drinking.

The CAREER program is the NSF’s most prestigious award for junior faculty who exemplify outstanding research, teaching, and their integration.

Dr. Sejdić, who began this research while a postdoctoral associate at the University of Toronto and Holland Bloorview Kids Rehabilitation Hospital, Canada's largest children's rehabilitation hospital, explained that an improved, non-invasive method to detect dysphagia could help to reduce patient risk and hospitalization.

“By using modern data analytics we can compare and contrast the sound and vibrations of normal swallowing against patients with dysphagia,” Dr. Sejdić explained. “This allows us to understand how the airway normally protects itself during swallowing to avoid aspiration, and how this is affected during dysphagia, without the need for surgery or intubation.”

According to Dr. Sejdić, patients with silent dysphagia may pass a traditional screening, which increases the potential for choking and suffocation. Analyzing the sounds and vibrations from the neck would not only reduce the incidence of silent aspiration, but also the need for conservative recommendations that limit eating and drinking for individuals with neurological disabilities such as multiple sclerosis or ALS.

In addition to developing the technology, the award will allow Dr. Sejdić to collaborate with speech language pathologists to develop an online learning module to further education and outreach throughout the U.S. He would also like to utilize the data analysis to design a mobile device that would help patients while eating, but notes that possibility is several years in the future.

"Endoscopy and fluoroscopy are still the gold standard for detecting dysphagia,” Dr. Sejdić said. “For now we’re not looking at replacing them but rather enhancing and improving the screening process.”

About Dr. Sejdić
Dr. Sejdić’s research interests include biomedical signal processing, gait analysis, swallowing difficulties, advanced information systems in medicine, rehabilitation engineering, assistive technologies, and anticipatory medical devices. During his undergraduate studies at the University of Western Ontario, Dr. Sejdić specialized in wireless communications, while his PhD project focused on signal processing. These two areas would influence his postdoctoral fellowship at the University of Toronto’s Institute of Biomaterials and Biomedical Engineering cross-appointed at Holland Bloorview Kids Rehabilitation Hospital, where he focused on rehabilitation engineering and biomedical instrumentation. He was also a research fellow in medicine at Harvard Medical School cross-appointed at Beth Israel Deaconess Medical Center, where he focused on cardiovascular and cerebrovascular monitoring of older diabetic adults.

Dr. Sejdić has co-authored over 130 publications and is the co-holder of several patents. In 2016, he was one of four Pitt faculty and 105 researchers nationwide to receive the Presidential Early Career Award for Scientists and Engineers, the highest honor bestowed by the U.S. Government on science and engineering professionals in the early stages of their independent research careers.