A Blueprint for Greener Catalysis

Platinum, Rhodium, and other precious metals are used as catalysts, but they are a limited and expensive resource. John Keith contributed to a new paper in Science that explores the use of earth-abundant metals instead.
PNNL AEM Graphic

PITTSBURGH (Aug. 20, 2020) — Platinum, rhodium, and other precious metals are used as catalysts that make modern life possible, from the catalytic converters in cars to the production of many useful chemicals. These metals are stable and strong, but they are a very limited and expensive resource. Data scientists have estimated that all the platinum ever mined in the world amasses to just about 9,800 metric tons, a volume that would fit within just three standard semi-truck trailers.

That is why researchers around the world, including John Keith at the University of Pittsburgh’s Swanson School of Engineering, are looking to nature for ways to use far more earth-abundant metals (EAMs), like iron, instead.

“Humans have developed portfolios of rare metals that work in industrial catalysis, but nature has its own portfolios of biological enzymes that use complex combinations of EAMs,” said Keith, who is an R.K. Mellon Faculty Fellow in Energy and associate professor of chemical and petroleum engineering. “When we decipher nature’s blueprints for catalysis based on EAMs, we can engineer new EAM-based catalysts to dramatically reduce the cost and environmental footprint of industrial processes needed for making materials, medicines, fuels and chemicals.”

The U.S. Department of Energy brought together a team of international experts in catalysis, including Keith, to write an authoritative review to lay the groundwork for the discovery of cheaper, quicker and more sustainable catalysts. That review article was recently published in Science, one of the top-ranked scientific journals in the world.

The article discusses the background, advances, and promising outlook of bio-inspired EAM catalysis. More research will be needed to better understand how industrial processes can be developed to run in less harsh conditions that EAM catalysts require. Keith is an expert in computational chemistry, which uses computer simulations of atoms rooted in the laws of quantum mechanics, and this field is considered a key to progress in EAM catalysis development. 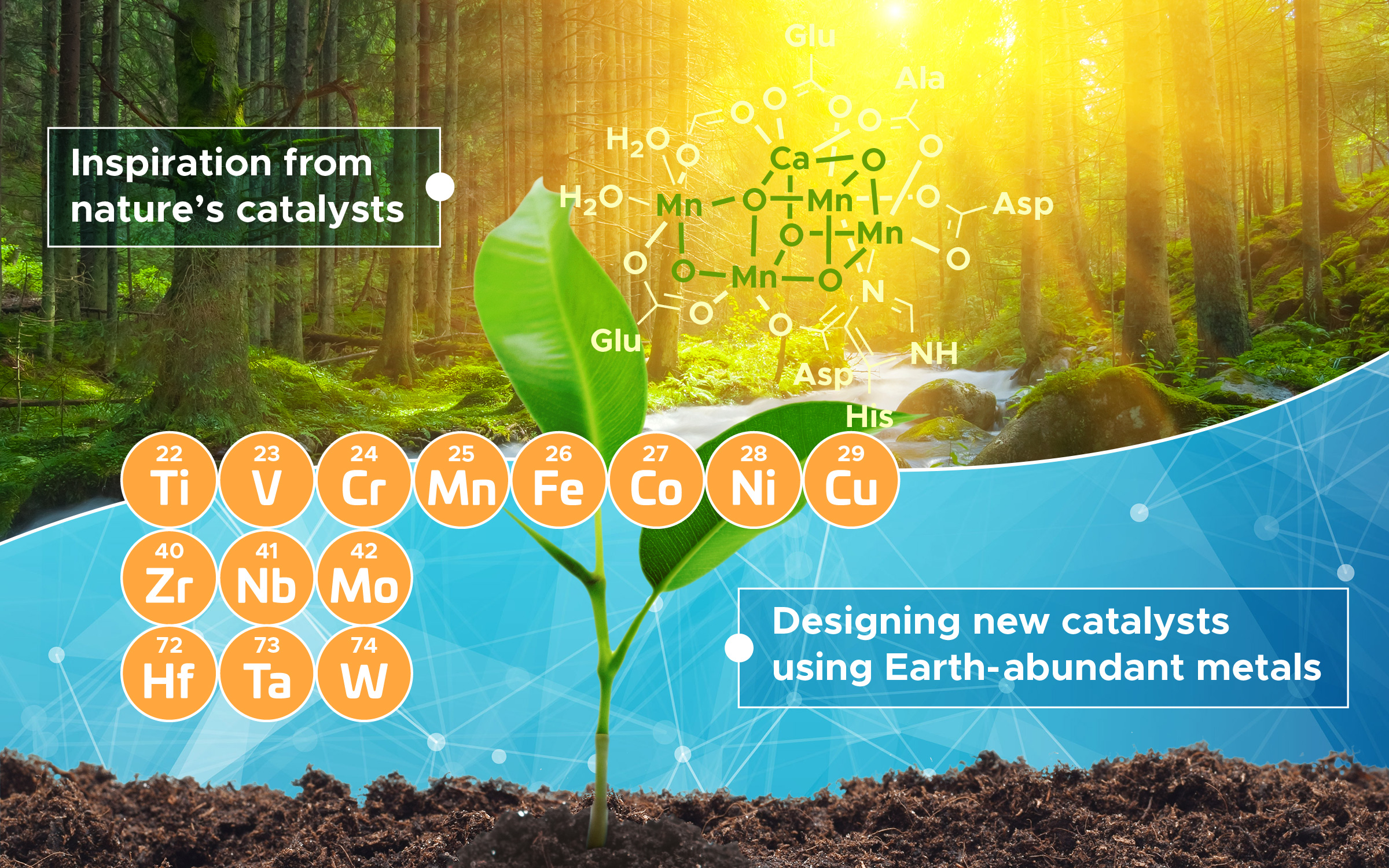 Researchers in the Keith Lab use computational chemistry to rapidly explore and deeply analyze hypothetical catalysts that otherwise are too slow or expensive to test in the lab. A recent research compilation featured in Interface, a quarterly magazine of The Electrochemical Society, described the lab’s approach for predicting novel electrocatalysts.

“Catalyst development historically has been based on trial and error experimentation, and that becomes a problem when each trial can take months of time and cost huge sums of money,” said Keith. “When experimentation is teamed with state-of-the-art computational modeling, researchers can be thousands of times as productive. With that framework in place, we can focus on much harder questions like, how do we optimize the right ensemble cast of chemicals, materials, and reaction conditions for safer, more profitable, and more environmentally sustainable industrial processes?”

The article, “Using nature’s blueprint to expand catalysis with Earth-abundant metals” (doi: 10.1126/science.abc3183), was led by R. Morris Bullock, director of the Center for Molecular Electrocatalysis at the Pacific Northwest National Laboratory, and was coauthored by 18 researchers representing 18 institutions and laboratories.

A Blueprint for Greener Catalysis