A look into the fourth dimension 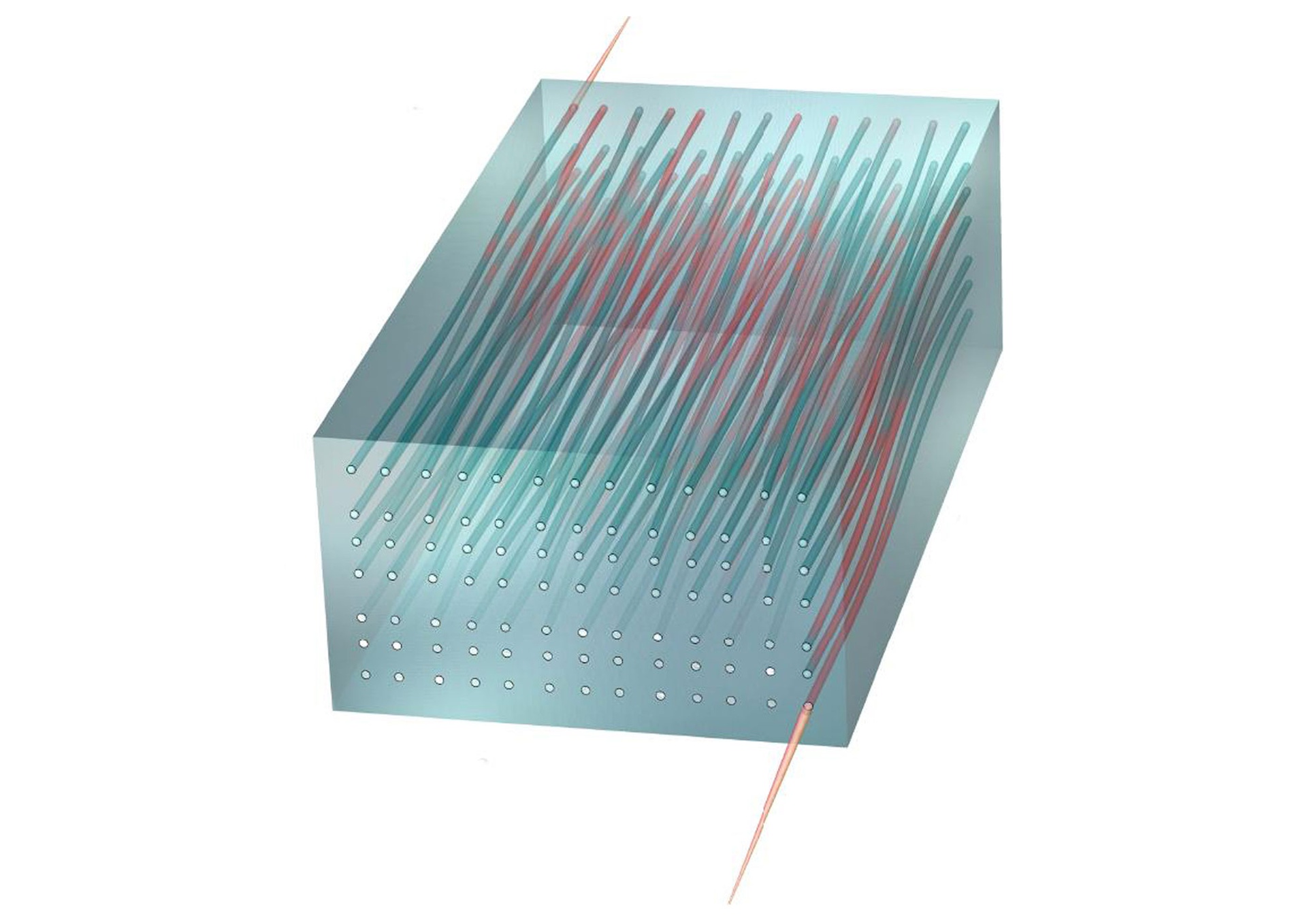 Illustration of light passing through a two-dimensional waveguide array. Each waveguide is essentially a tube, which behaves like a wire for light, inscribed through high-quality glass using a powerful laser. Many of these waveguides are inscribed closely spaced through a single piece of glass to form the array. Light that flows through the device behaves precisely according to the predictions of the four-dimensional quantum Hall effect. (Rechtsman laboratory, Penn State University)

Ever since Albert Einstein developed the special theory of relativity in Zurich in 1905, by «fourth dimension» one usually means time. But how can one visualize a fourth spatial dimension – in addition to top-bottom, right-left and front-back? In the arts Salvador Dalí tried that: his crucifixion scene painted in 1954 shows as cross consisting of the three-dimensional unfolding of a hypercube in four dimensions (similarly to the unfolding of a cube into squares).

A completely different, but no less fascinating, look into the fourth spatial dimension was now obtained by two teams of scientists from Switzerland, USA, Germany, Italy and Israel. The ETH Zurich researcher Oded Zilberberg, professor at the Institute for Theoretical Physics, played a pivotal role in both publications, which were recently published in the scientific journal Nature (doi:10.1038/nature25000). He provided the theoretical basis for the experiments in which a four-dimensional physical phenomenon could be observed in two dimensions.

...A team of physicists led by Mikael Rechtsman at Penn State University and including Kevin Chen’s group at the University of Pittsburgh in the USA has realized Oded Zilberberg’s idea by burning a two-dimensional array of waveguides into a fifteen-centimeter-long glass block using laser beams. Those waveguides were not straight, however, but rather meandered through the glass in a snake-like fashion so that the distances between them varied along the glass block. Depending on those distances, light waves moving through the waveguides could jump more or less easily to a neighboring waveguide.

A look into the fourth dimension