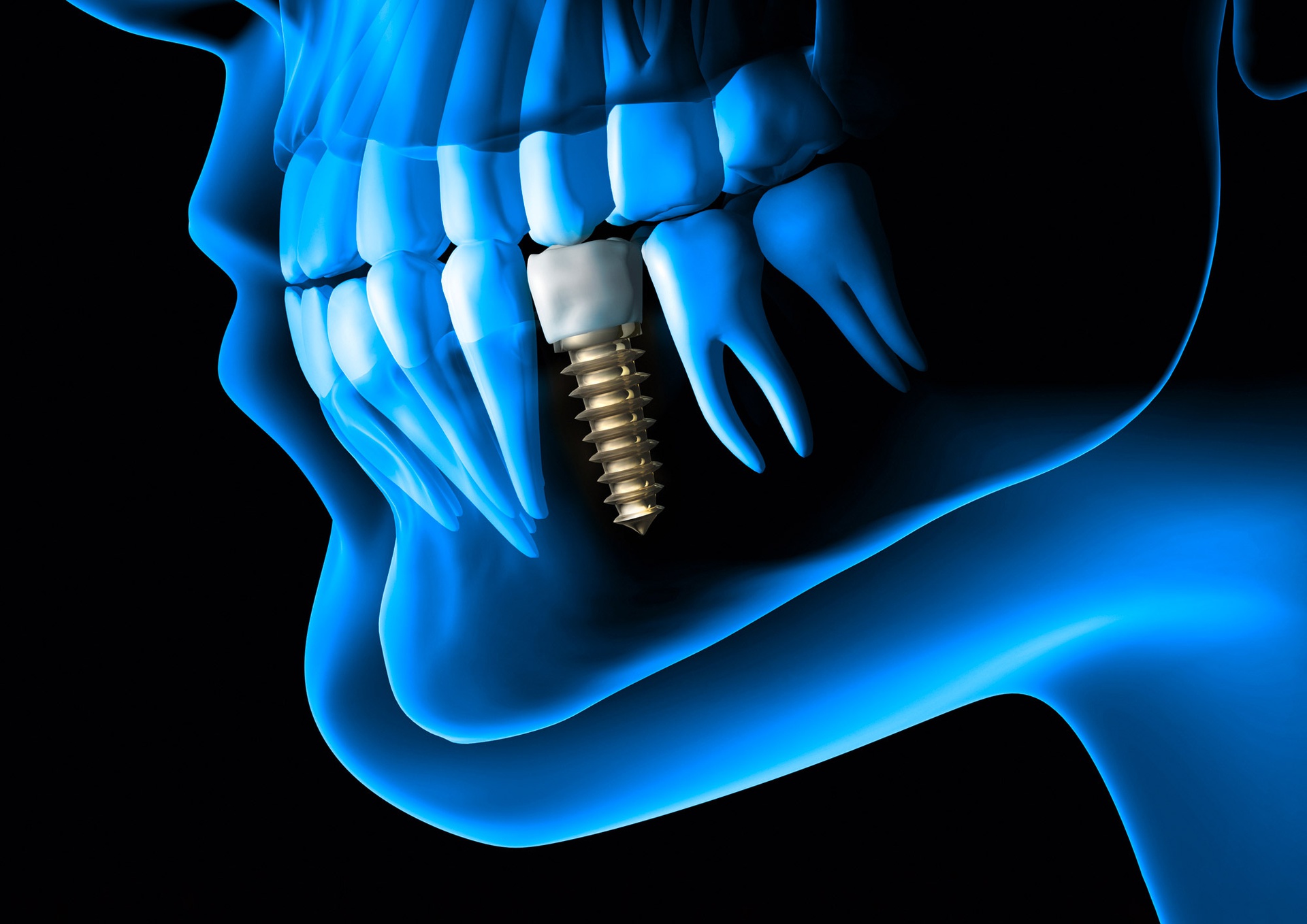 An x-ray illustrating a dental implant.

PITTSBURGH (Oct. 21, 2019) — Titanium has many properties that make it a great choice for use in implants. Its low density, high stiffness, high biomechanical strength-to-weight ratio, and corrosion resistance have led to its use in several types of implants, from dental to joints. However, a persistent problem plagues metal-based implants: the surface is also a perfect home for microbes to accumulate, causing chronic infections and inflammation in the surrounding tissue. Consequently, five to 10 percent of dental implants fail and must be removed within 10-15 years to prevent infection in the blood and other organs.

New research from the University of Pittsburgh’s Swanson School of Engineering introduces a revolutionary treatment for these infections. The group, led by Tagbo Niepa, PhD, is utilizing electrochemical therapy (ECT) to enhance the ability of antibiotics to eradicate the microbes.

“We live in a crisis with antibiotics: most of them are failing. Because of the drug- resistance that most microbes develop, antimicrobials stop working, especially with recurring infections,” says Dr. Niepa, author on the paper and assistant professor of chemical and petroleum engineering at the Swanson School, with secondary appointments in civil and environmental engineering and bioengineering. “With this technique, the current doesn’t discriminate as it damages the microbe cell membrane. It’s more likely that antibiotics will be more effective if the cells are simultaneously challenged by the permeabilizing effects of the currents. This would allow even drug-resistant cells to become susceptible to treatment and be eradicated.”

The novel method passes a weak electrical current through the metal-based implant, damaging the attached microbe’s cell membrane but not harming the surrounding healthy tissue. This damage increases permeability, making the microbe more susceptible to antibiotics. Since most antibiotics specifically work on cells that are going to replicate, they do not work on dormant microbes, which is how infections can recur. The ECT causes electrochemical stress in all the cells to sensitize them, making them more susceptible to antibiotics.

The researchers hope this technology will change how infections are treated. Researchers focused their research on Candida albicans (C. albicans), one of the most common and harmful fungal infections associated with dental implants. But while dental implants are one exciting application for this new technology, Niepa says it has other potential applications, such as in wound dressings.