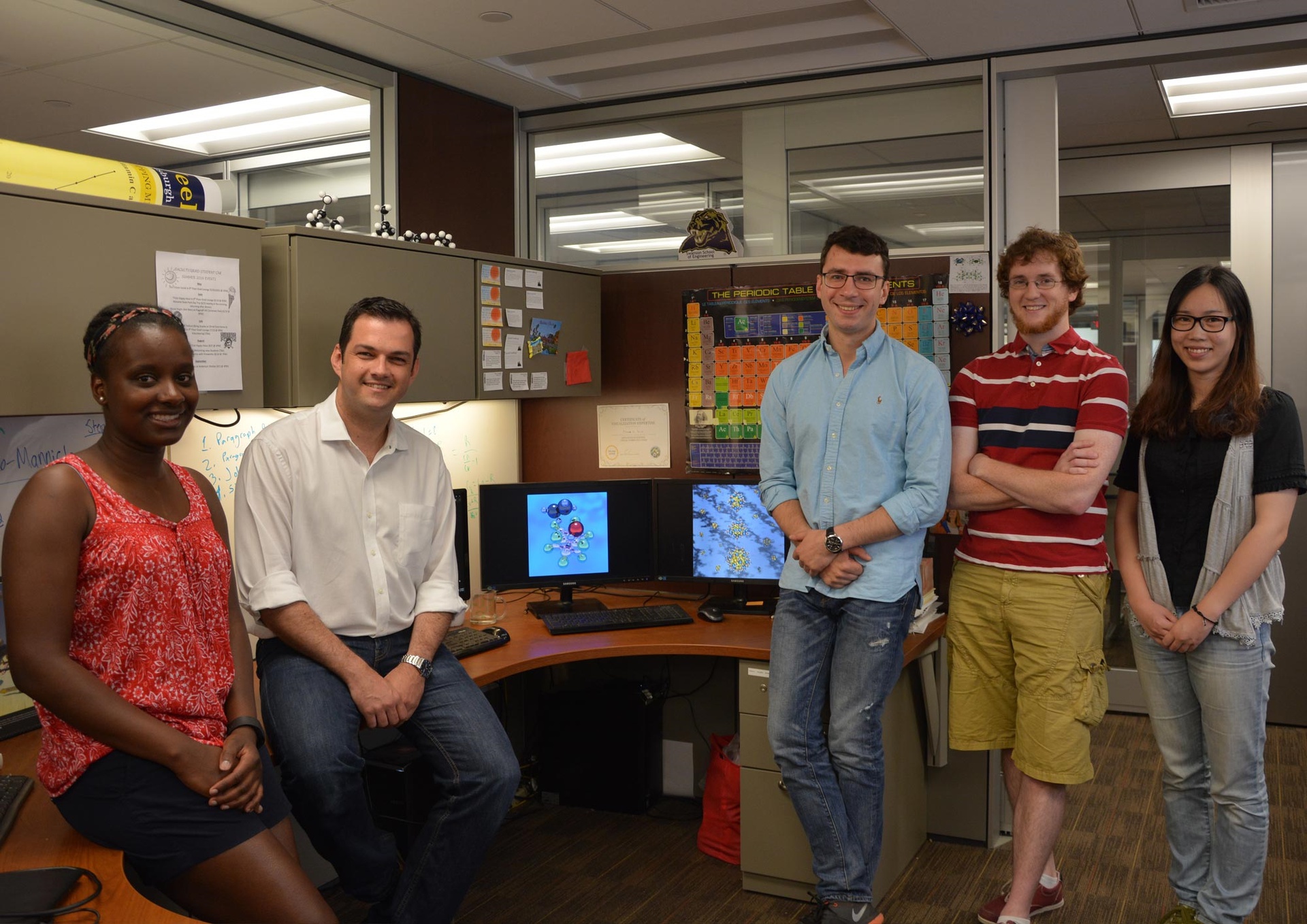 Studies will focus on alkanes used in petrochemical industry

PITTSBURGH (June 20, 2016) … Giannis Mpourmpakis, assistant professor of chemical engineering at the University of Pittsburgh Swanson School of Engineering, received a $110,000 grant from the American Chemical Society (ACS) for computer modeling research to investigate the conversion of ethane, propane, butane and other alkanes used in the petrochemical industry.

The study, “Identifying Structure-Activity Relationships for the Dehydrogenation of Alkanes on Oxides,” will look to gain a fundamental understanding of the dehydrogenation of small hydrocarbons to olefins on metal oxides under experimental conditions.

“Olefins are the building blocks for the production of chemicals and plastics,” said Mpourmpakis. “We can avoid the time and money it takes performing experiments in a traditional chemical lab through computer simulations and then design new catalysts, again, without the need to perform tedious experiments.”

At the Computer-Aided Nano and Energy Lab at Pitt, Mpourmpakis and his team have been successful investigating the dehydration of simple alcohols on various metal oxides. Mpourmpakis’ previous study, “ Structure-activity relationships on metal-oxides: alcohol dehydration,” outlined a simple but powerful model to allow researchers to easily test different alcohols and metal-oxide catalysts according to their dehydration activity and appeared as a cover article of Catalysis Science & Technology published by the Royal Society of Chemistry.

“We are building on our previous knowledge of alcohol dehydration on metal oxides and applying the understanding we have of in-silico experimentation to a different scientific problem: the alkane dehydrogenation,” said Mpourmpakis.

The ACS will designate Mpourmpakis’ grant as a Petroleum Research Fund Doctoral New Investigator (DNI) Grant. DNI grants promote the careers of young faculty by supporting research of high scientific caliber and enhancing the career opportunities of their undergraduate and graduate students, as well as postdoctoral associates, through the research experience.