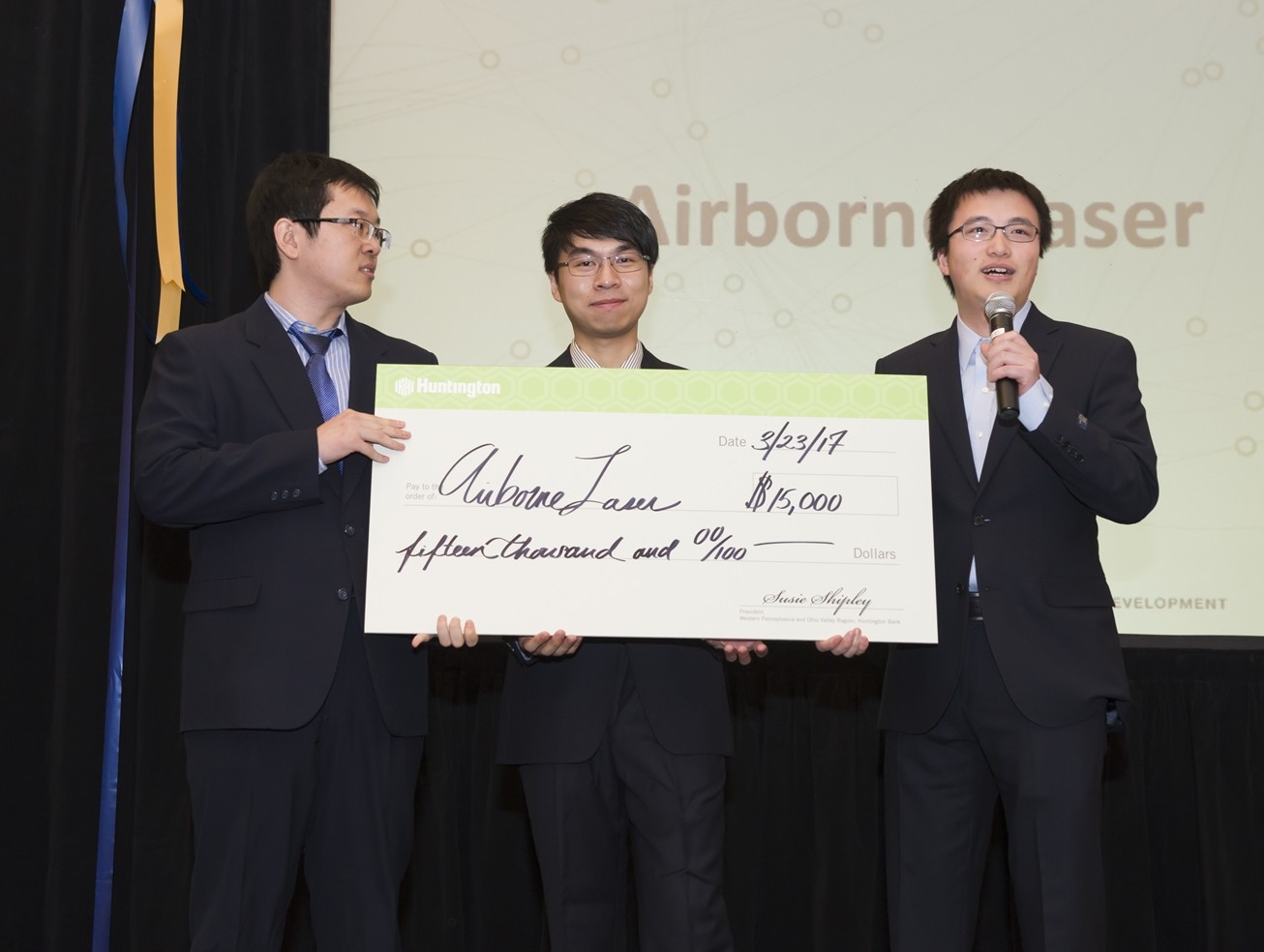 PITTSBURGH, PA (April 26, 2017) … Two student teams from the Swanson School’s Department of Electrical and Computer Engineering (ECE) won cash prizes at the campus-wide Randall Family Big Idea Competition. The competition, which takes place throughout March and April, awards a total of $100,000 to Pitt students with the most promising startup business ideas.

Shuo Li, Aidong Yan and Ran Zou, all graduate students in the ECE Department, formed the team Airborne Laser and developed a company based on compact laser systems. Inspired by the laser system developed by NASA for space applications, the team used 3D printing to create solid state laser systems that are ultra-compact and resilient with superior thermal and mechanic properties.

Airborne Laser took one of three second place awards and received $15,000. All three students are researchers under the direction of Kevin P. Chen, the Paul E. Lego Professor in Electrical Engineering at Pitt.

The Randall Family Big Idea Competition is open to undergraduate students, graduate students and post-doctoral fellows from all schools within the University of Pittsburgh. The competition began in 2009, and former participants have often seen their ideas accepted into startup accelerators and turn into independent businesses.

Robert P. Randall was president and chief executive officer of the Three Rivers Aluminum Company (TRACO), a prominent regional door and window company, which was acquired by Alcoa and is now a division of Kawneer. Randall continues to give back to the community through his position on the Board of Trustees at the University of Pittsburgh, his work with the United States Chamber of Commerce and as a board member of both the Allegheny Conference on Community Development and the Pittsburgh Regional Alliance.