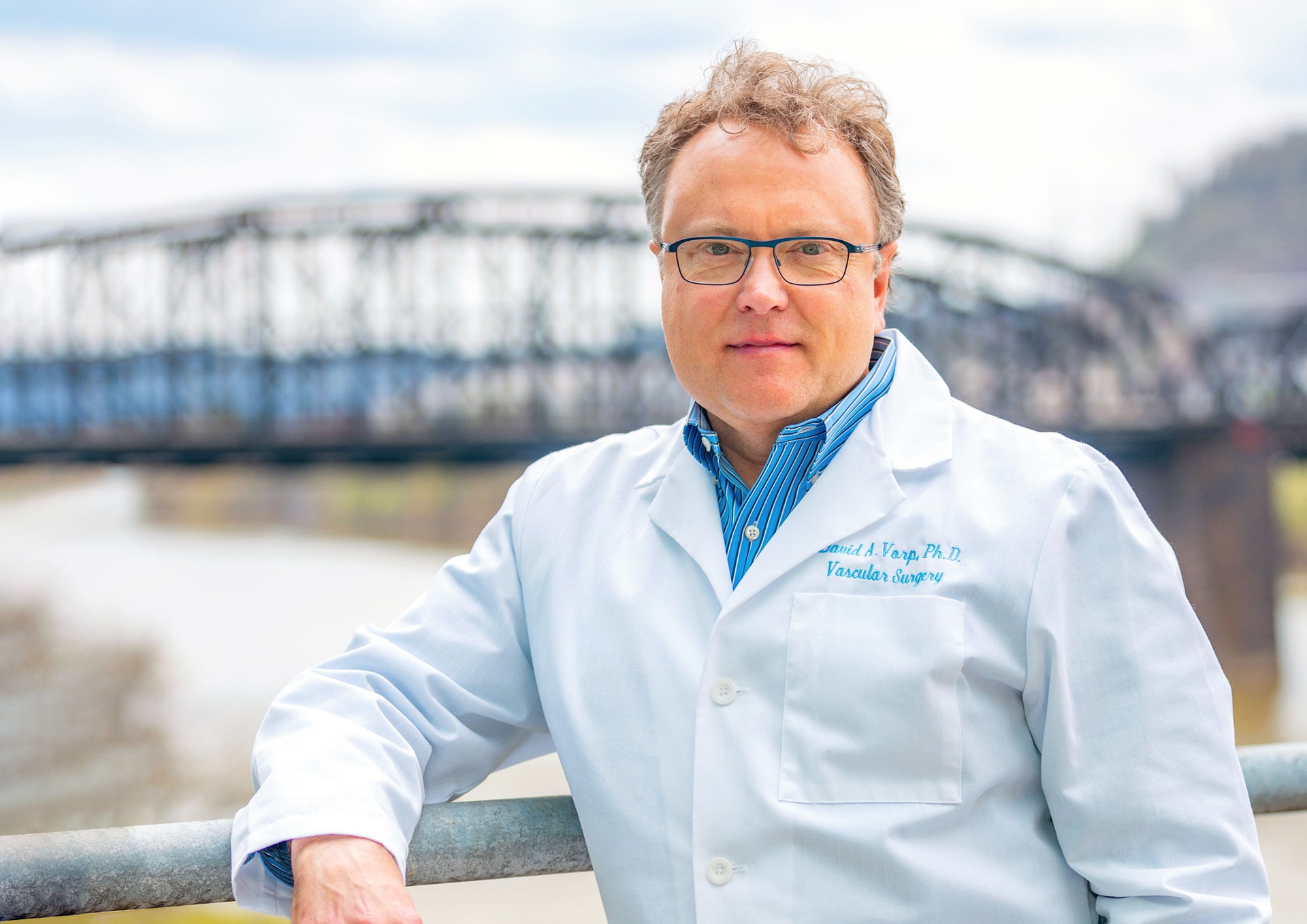 PITTSBURGH (August 5, 2019) … The Association of Public and Land-Grant Universities Council on Research (CoR) has named the University of Pittsburgh’s David Vorp as one of eight fellows in its third Research Leader Fellowship Program cohort selected nationwide. Dr. Vorp is Associate Dean for Research for Pitt’s Swanson School of Engineering, the John A. Swanson Professor of Bioengineering, and Professor of Cardiothoracic Surgery, Surgery, Chemical & Petroleum Engineering, and the Clinical and Translational Sciences Institute.

According to APLU, the CoR Research Leadership Program is designed to provide training and skill development necessary in the breadth and depth of the academic research enterprise. The APLU notes that because many universities have segmented research support organizations, rising research leaders often oversee relatively confined areas such as research administration, research development, research compliance, research communication, economic development, or sponsored programs.

The APLU CoR Fellowship is designed to allow rising research leaders to gain expertise outside of their respective portfolios and to foster connections with CoR’s extensive network of senior research officers through site visits and participation in CoR meetings. The fellowship is 18 months in duration.

“This is a tremendous opportunity for me that I will ensure also greatly benefits Pitt and the Swanson School,” Dr. Vorp said. “In the past few years we have expanded and diversified our research portfolio, increased our public-private research partnerships through the creation of our Making Research Work initiative, and more. But there is so much more that we can do, and I’m excited to see up-close the best practices and novel programs developed by other research universities and learn from the best minds in the business.”

During his fellowship, Dr. Vorp intends to focus on working more closely with Pitt’s Office of Community and Governmental Relations; integrating research data and analytics into proactive planning and research portfolio management; and developing more sustainable revenue models for the Swanson School’s several research centers and institutes. He also plans to investigate how the Swanson School can play a greater role in regional economic development as well as develop stronger multidisciplinary and sponsored research programs.

About Dr. Vorp
David Vorp is the John A. Swanson Professor of Bioengineering, with secondary appointments in the Departments of Cardiothoracic Surgery, Surgery, and the Clinical & Translational Sciences Institute at the University of Pittsburgh. In addition, he is the Associate Dean for Research, Swanson School of Engineering and serves as a Director of the Center for Vascular Remodeling and Regeneration, a Co-Director of the Center for Medical Innovation, as well as the Director of the Vascular Bioengineering Laboratory. He previously served as Interim Director of Pitt’s Petersen Institute for Nano-Science and -Engineering.

he research in Dr. Vorp’s lab focuses on the biomechanics, “mechanopathobiology,” regenerative medicine, and tissue engineering of tubular tissues and organs, predominantly the vasculature. He is currently studying the biomechanical progression of aortic aneurysms by modeling the mechanical forces that act on the degenerating vessel wall. He is developing a treatment strategy for abdominal aortic aneurysms by delivering adipose-derived mesenchymal stem cells to the periadventitial side of the aneurysm to inhibit the matrix degradation commonly seen in the disease progression and promote its regeneration. He is also using varied regenerative medicine-based approaches to develop a small diameter tissue engineered vascular graft to treat cardiovascular diseases.

His research has been supported by $9 million in funding as principal investigator (PI), and an additional $4 million as collaborating investigator, from foundation and federal agencies, including the American Heart Association (AHA) and the National Institutes of Health (NIH), Whitaker Foundation, Pittsburgh Foundation, and other sources.  He has several patents in the field of vascular bioengineering and was a co-founder of the start-up Neograft Technologies, Inc., a company that developed technology from Dr. Vorp’s laboratory relating to biodegradable support for arterial vein grafts.

In 2011 Dr. Vorp was recognized with the Van C. Mow Medal from the American Society of Mechanical Engineers (ASME), was twice awarded a Pitt Innovator Award, and received the Carnegie Life Sciences Award in 2013.  He served on the Executive Committee of the ASME Bioengineering Division (BED; 2006-2015), serving as ASME BED Chair from 2013-2014. Dr. Vorp was elected to the Board of Directors of the Biomedical Engineering Society (BMES) for two terms (2006-2009; 2009-2012), and was elected BMES Secretary, an executive post, for two terms (2012-2014; 2014-2016).  He was Co-Program Chair of the 2018 World Congress of Biomechanics. In 2012, Dr. Vorp became the first non-MD President of the International Society for Applied Cardiovascular Biology, and was re-elected for a second term in 2014.  Dr. Vorp is a Fellow of ASME, BMES and the American Institute of Medical and Biological Engineering.