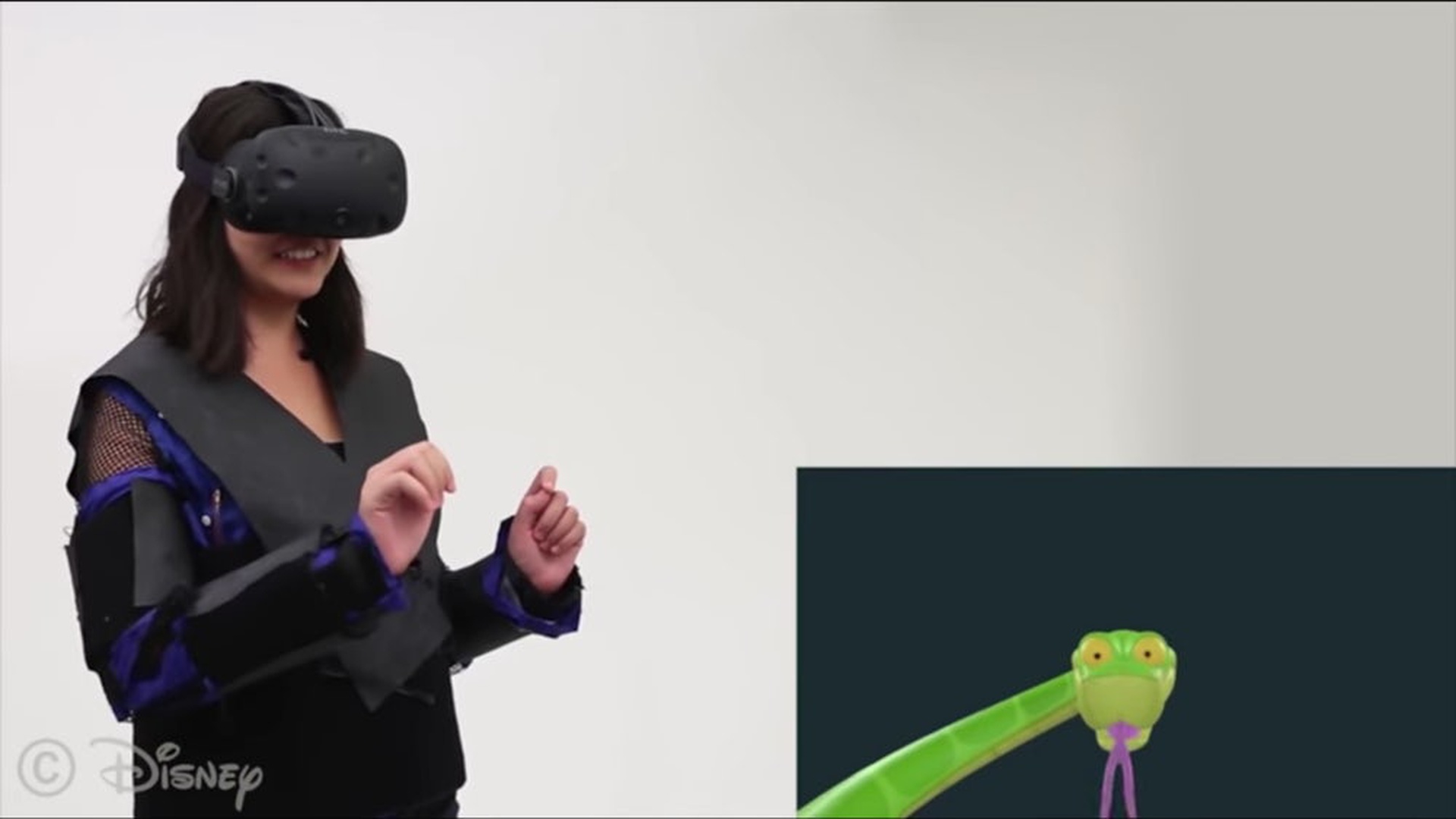 Disney Research's Force Jacket is a wearable device that can give detailed haptic feedback to VR games, including the feeling of a snake coiling itself around you(Credit: Disney Research)

Virtual reality is a gateway to powerful experiences. Strap on a pair of VR goggles, look around, and the scene you see will adjust, in real time, to match your gaze. But the technology is a visual one. Virtual reality doesn’t include touch, although there are controllers that provide “hand presence,” allowing you to manipulate objects in the virtual world, or shoot a simulated gun. So while VR today could simulate a Westworld-like setting, you’re not going to be actually feeling the hug of a cowboy-robot on your body while using any of the major platforms—at least not for a while.

The Force Jacket, a garment from Disney Research, aims to address that gap. Made out of a converted life jacket, the prototype uses embedded airbags that inflate, deflate, or even vibrate to literally give its wearer a feeling of being touched. When coupled with VR software, the setup can simulate something bizarre—a snake slithering on you—or more pedestrian: getting hit by a snowball. In brief, the sensation of touch you feel on your actual body can match what you see in a virtual one. (The device is the result of a research project, so these lifejacket-garments aren’t exactly on sale on Amazon. It’s also not the first research to focus on incorporating haptics into VR.)

“If you’ve experienced virtual reality or augmented reality, it’s largely based in this immersive visual world,” says Alexandra Delazio, the lead researcher on the jacket project and currently a research engineer at the University of Pittsburgh, where she works on technology for people with disabilities. “The real world is not just visual—it’s full of force and pressure-based interaction.” The goal of the jacket is to bring that sense of touch to the virtual world, or maybe even offer a way for someone far away to give you a hug.